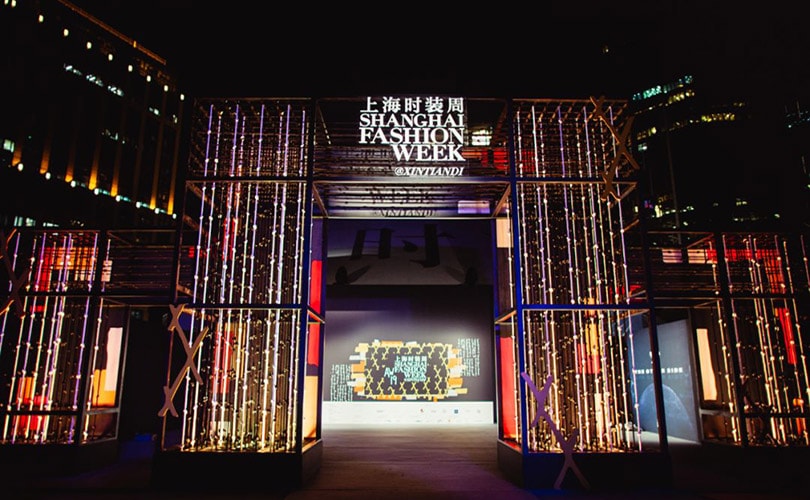 Shanghai Fashion Week: A homecoming for designers redefining “Made in China”

Shanghai Fashion Week is placing itself on the global fashion map as a stage where Chinese labels are redefining what “Made in China” could mean.

Since its inception in 2003, Shanghai Fashion Week has become an appealing fashion destination by nurturing Chinese designers set to conquer the world. Not to forget, Western brands continue to see the event as a gateway to getting a foothold on the lucrative growing Chinese middle class. More than 100 brands are showing their collections from March 31 until April 7 at Shanghai Fashion Week, which has been packed with emerging talent showcasing a broad array of styles from edgy streetwear to ultra-romantic tulle creations.

A vital infrastructure for emerging designers

Being able to show at one of the “Big Four” fashion weeks is prestigious, but Shanghai Fashion Week wants to place Chinese talent with international potential at the forefront. Most importantly, the event offers this generation of designers – many of whom have studied at renowned fashion schools and are based abroad – the infrastructure to succeed. “The role of Shanghai Fashion Week is to build a unique ecosystem,” Lu Xiaolei, vice secretary of Shanghai Fashion Designers Association, told South China Morning Post last week.

Listed by Forbes as “30 under 30,” Angel Chen has been making global strides since debuting her first ready-to-wear collection at Shanghai Fashion Week in 2014. Inspired by Japanese biker gangs and with dreams of becoming China’s John Galliano, Angel Chen reached the semifinals of the prestigious Woolmark Prize. The Shanghai-based brand is currently sold at retailers worldwide from Luisaviaroma to Lane Crawford. After presenting her Autumn/Winter 2019 collection this February in Milan, Chen showed her colorful streetwear-influenced collection with an ethnic touch at the Labelhood platform in Shanghai.

The premier venue to spot emerging talent remains Labelhood, which is hosting multiple shows at Tank Shanghai – an cultural hub at the city’s artsy riverside. The platform was established by Tasha Liu, who also co-founded Dongliang (lt.: pillar or person responsible for critical matters of state), a concept store that curates the latest independent Chinese designers. Labelhood not only supports new ideas, but it also offers up-and-coming designers the opportunity to present their collections to end customers while attracting industry buyers simultaneously. This flexible approach differs from the more traditional fashion weeks where only professionals are allowed access.

The Mode Shanghai Fashion Trade Show is visited by more than 4000 fashion buyers each season, mostly from mainland China. Discover more trade venues and show locations during Shanghai fashion week by hovering your mouse over the map.

After showcasing at Labelhood, design duo Liushu Lei and Yutong Jiang were nominated for the International Woolmark Prize and are amassing a Gen-Z following for ShuShu/Tong-their label synonymous with the “rebellious sweet girl” look. For Autumn/Winter 2019, ShuShu/Tong continues to make a name for itself by creating a collection that expresses the modern Lolita girl power with a dark romantic edge.

China isn’t only rich in talent but also never short of superlatives. The country could surpass the US as the world’s biggest retail and fashion market this year, while the share of Chinese consumers in global luxury spending is set to increase from 32 percent last year to 45 percent by 2025, according to consulting company Bain. Even though China’s middle class is already the biggest worldwide, it’s still set to expand with its increased spending power attracting international brands.

Reebok which is owned by German sportswear company Adidas, presented a runway show themed “The Other Side” on the first day of Shanghai Fashion Week. The see now, buy now collection could immediately be purchased after the show. Italian denim brand Diesel collaborated with designer Xiangyu (Xander) Zhou on a capsule collection. Zhou who is seen as the pioneer of the new menswear aesthetic and a representative of Chinese designers making waves in the industry launched the limited collection at Labelhood. There was also an animated workshop at the interactive space where denim and pieces from the capsule were customized by Zhou himself.

A Shenzhen native taking the world by storm is designer Caroline Hu who was shortlisted for the 2019 edition of the LVMH Prize. Just last Friday evening, Hu was named the winner of the first-ever Business of Fashion China Prize receiving 100,000 US-dollars and a chance to show at London Fashion Week. After obtaining her M.F.A. from Parsons School of Design and working at Jason Wu, she set out to create an Autumn/Winter 2019 collection that draws from Matisse-inspired romanticism and intricate craftsmanship.

Susan Fang, also nominated for the LVMH Prize this year, took her audience on a journey into the “unrealistic fantasies” of her memories. Models in ephemeral and fluorescent dresses floated over the runway in crystal glass bubble sandals. Hailing from China and growing up in the US and Canada, the London-based designer founded her eponymous label in 2017 after graduating from Central Saint Martins.

Another designer that perfected his craft at Central Saint Martins is Li Gong who established the brand 8on8, also in 2017. It will already be the third time the designer is showing at Shanghai Fashion Week. Gong’s reinterpretation of classic menswear with a futuristic outlook and tailored silhouettes have caught the eye of GQ China and 8on8 has been chosen to showcase at London Fashion Week Men in June.

With so much homegrown talent abound and not shying away from experiments, the question remains which designers will breakthrough to represent the modern definition of “Made in China” to the world. For now, deeply urban collections reflect the global street style zeitgeist, many pieces pointed towards an imagined future rather than the past. An epitome of the reality in a country that has been growing at breakneck speed and looking only forward for the past decades, never back.

This story was written with the assistance of Weixin Zha. Map: Heidi Law.