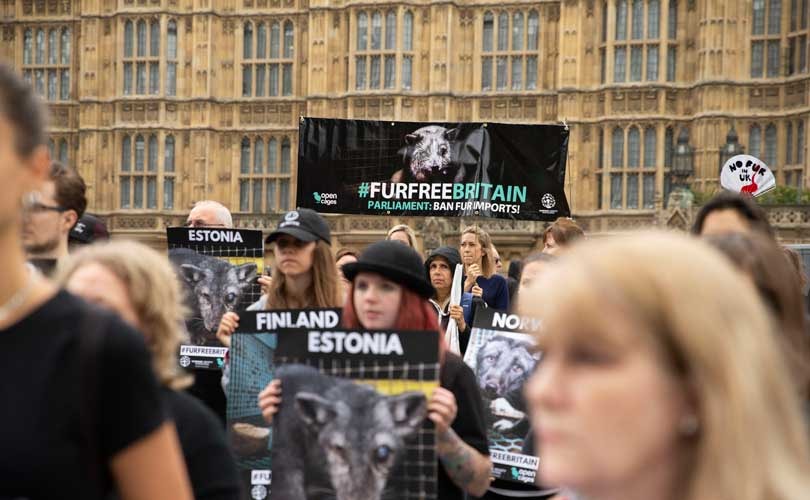 Today, June 4th sees the parliamentary host a debate on whether the UK should ban the import of real animal fur at Westminster Hall. As the Parliament prepares to debate a UK ban on fur, 50 veterinary and animal behaviour experts, including Dr. Jane Goodall, as well as leading fashion designer Stella McCartney, voice their support for a total fur ban.

The parliamentary debate comes after an online petition to ban real fur in the UK collected more than 109,000 signatures. Another 400,000 signature strong petition was handed in directly to Downing Street earlier this year by activist Brian May, led by the campaign #FurFreeBritain which consists of animal rights organisations such as Humane Society International UK (HSI UK) and Four Paws.

Although fur farming was banned in the UK in 2000 after a public consultation found "overwhelming public support to end the practice," the UK still imports real animal fur, including fox, rabbit, mink, raccoon, raccoon dog and chinchilla. EU laws ban the import of domestic cats, dogs, and commercial seal hunt, but previous investigations have uncovered real cat fur being sold as faux fur on the UK high street. 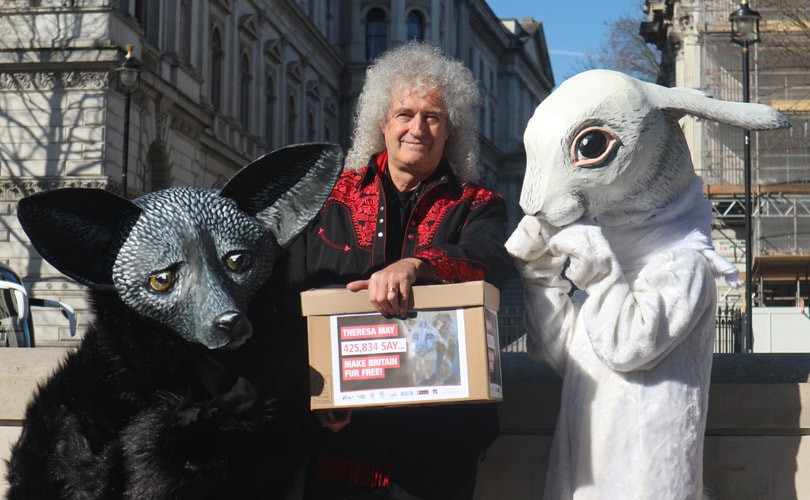 Ahead of the debate, Stella McCartney has published a public letter in support of a total fur ban in the UK. In the letter addressed to MPs, published on her website, the fashion designer highlights the UK’s complicity with animal cruelty by allowing fur imports in support of fur trade. “At Stella McCartney, we have never used fur or leather in our collections and we do not believe that animals should die for the sake of fashion,” says the designer. “We are no longer the only company that feels this way. Over the past few years, countless brands and designers have woken up to the unequivocal cruelty of the fur industry and have subsequently stopped using fur in their collections. More than 80 percent of British people believe it is unacceptable to buy or sell any animal fur. The world is moving in a more positive direction and it is time for the UK to take the vital next step.”

Stella McCartney goes on to highlight the “immoral, cruel and barbaric” nature of the fur trade, which sees millions of animals kept in appalling conditions in barren, filthy cages that cause psychological stress that leads to cannibalism, deformities, and illness before being cruelly slaughtered. “The excruciating live skinning of raccoon dogs has been documented, whose fur is widely sold, commonly advertised and falsely labelled – or not labelled at all,” continues McCartney. “These are the fur farms we know about; the ones visited and audited. We can safely assume far crueller mistreatment of animals in the farms that go unchecked and unseen.” Wild animal trapping is just as brutal, as animals get caught in steel leg clamps, neck snares and head-crushing traps which cause a slow, painful death, notes McCartney, who calls on those who claim the fur trade to be “compassionate and legitimate” to offer complete transparency.

"Fur is not a by-product; it is an industry that capitalises on death, slaughtering more than 100 million animals per year"

Stella McCartney’s viewpoints are supported by another letter penned by 50 veterinary and animal behaviour experts, including UN Ambassador of Peace, Dr. Jane Goodall, sent to Environment Secretary Michael Gove. In the letter to the Minister, the animal experts share their concerns over “the severe animal welfare deficiencies inherent to the fur trade” and point to the “worrying, even distressing evidence of persistently poor welfare conditions.”In the letter, the experts highlight the “persistently poor welfare conditions” wild animals are kept in on fur farms. “Wild animals on fur farms live their lives in wire-floored cages thousands of times smaller than their natural territories,” reads the experts’ letter. “They are denied their biological inheritance to exhibit natural behaviours and stimulations such as hunting, digging and swimming. And they can be kept in what is for them unnatural social groups." 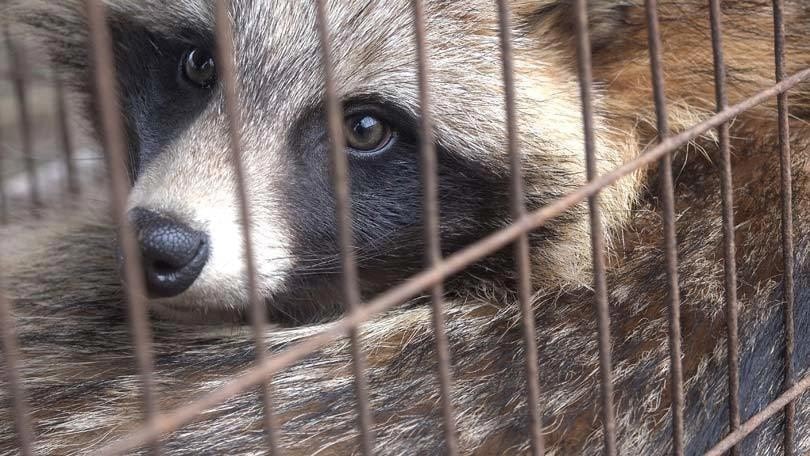 The letter goes on to note that nearly 20 years ago, a Council of Europe Recommendation recognised the “inherent welfare problems of battery cage fur farm systems,” and urged that animal housing systems which let animals fulfil their biological needs, such as giving mink access to water for swimming and foxes room to climb and dog, as well as “fulfil other ‘exploratory, territorial and social behaviour’” be developed. “None of these natural behaviours are possible to any meaningful extent on typical fur farms, and such a barren and unnaturally limited environment can never be conducive to basic wellbeing,” continues the letter. “The presence of a single bone or section of plastic tube in an otherwise empty cage does not constitute sufficient or meaningful environmental enrichment.”

"The animals are kept in very small enclosures. They are there to be managed for their fur, not in any way for the mental or physical welfare of the animal" 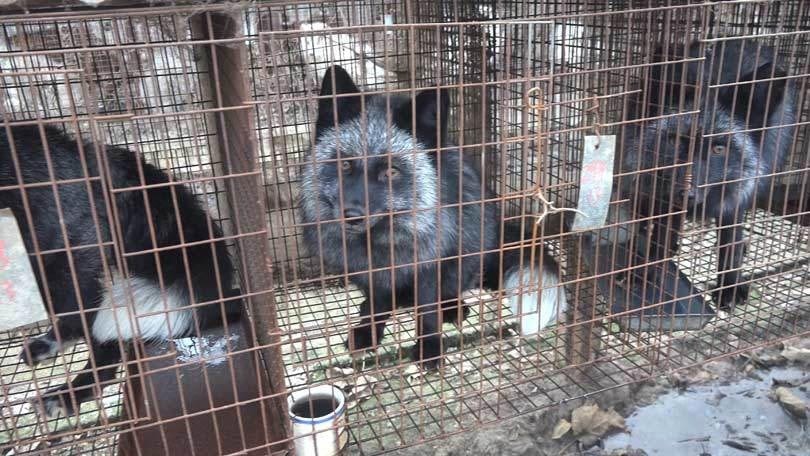 Other signatories to the experts’ letter include Alick Simmons, former UK Deputy Chief Veterinary Officer; Professor Alastair MacMillan, former DEFRA veterinarian; as well as TV vets and presenters, Scott Miller, James Greenwood, and Chris Packham. Wildlife expert Packham also sent MPs a video message in support of the #FurFreeBritain campaign, in which he called the fur trade “entirely repugnant” and urges them to ignore welfare-washing by the fur trade which he calls “nonsense”. Animal charity Humane society, which is leading the #FurFreeBritain campaign for the UK fur import ban, hope the letters and video messages remind MPs to beware of ‘welfare washing’ by the fur trade. During a recent fur inquiry, Fur Europe told members of the Environment Food and Rural Affairs Committee that keeping foxes in small, wire cages for their entire life is ‘natural’ and that such wild species are domesticated, assertions which have firmly been refuted as ‘inaccurate’ by veterinary and animal behaviour experts.

“It beggars belief that the fur trade would attempt to convince MPs that keeping a fox in a small wire cage for the whole of its life could ever be considered natural or acceptable,” argues Claire Bass, Executive Director at HSI UK. “Our letter with veterinary and animal welfare experts thoroughly debunks that claim; the life of an animal on a fur farm is one of monotonous deprivation, in which the relentless boredom and lack of space can trigger the repetitive pacing and spinning so indicative of mental disturbance. By importing fur from farms overseas, the UK is propping up a trade that has misery and torment at its very heart. We hope that this experts’ letter and the powerful words by Chris Packham, will remind MPs to beware of ‘welfare washing’ by the fur trade. If the government wants to lead the world in animal welfare then it must call time on this trade in this suffering.” 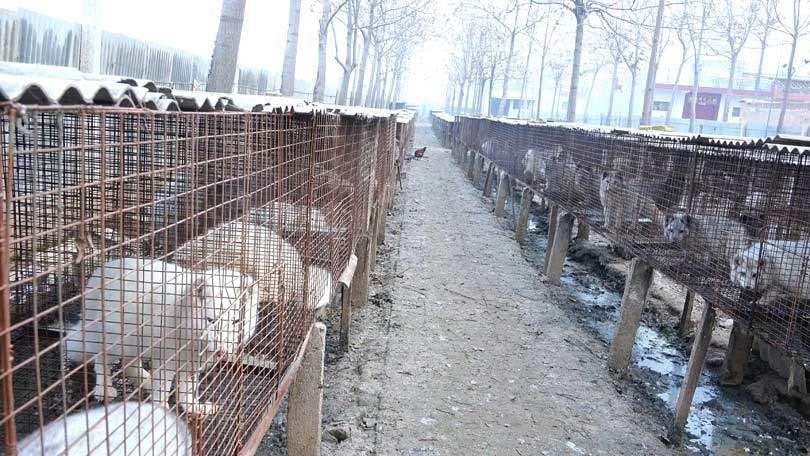 In addition, Stella McCartney also underlines the environmental implications of the fur trade, noting that animal fur is only natural “in the sense that it comes from an animal.” In order to maintain the fur and prevent decomposition, the skin has been tanned in a process contaminated by toxic chemicals and heavy metals, which ensures real animal fur is ‘completely unsustainable.’ “There are indeed environmental implications where faux fur is concerned, however when compared to real fur, the cruelty-free alternative has a significantly reduced impact to the planet,” she notes.

Since fur farming was banned in the UK, Britain has imported animal fur worth more than 650 million pounds from countries like Italy, France, Poland, China and Russia, where animal welfare conditions are appalling poor, according to HSI UK. The UK imported close to 75 million pounds worth of animal fur in the last year alone and with more than 130 million animals killed for the fur around the world, HSI UK estimates that 2 million animals a year could be slaughtered alone for fur imported to the UK.