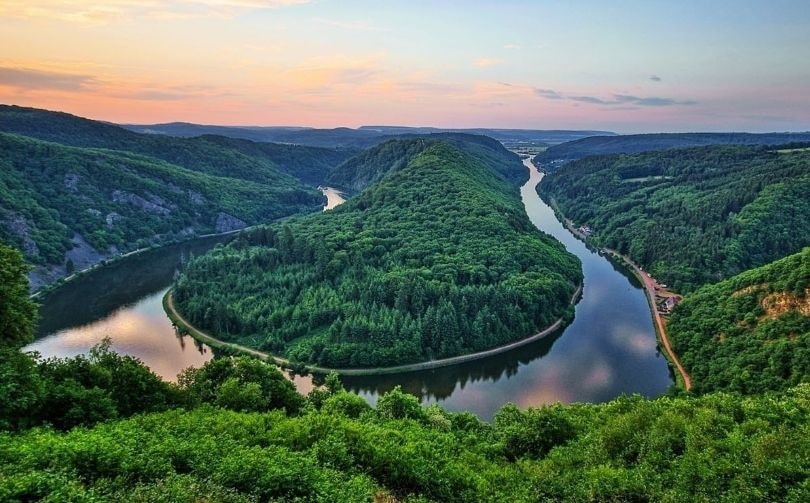 The world after corona according to trend forecasters

„It's the end of the world as we know it (I had some time alone)“ - this R.E.M. hit song seems more than appropriate in view of the worldwide wave of social isolation and lockdowns as preventive measures in the fight against the coronavirus. The chorus ends in “and I feel fine” and that is what trend forecasters are currently predicting: That the world as we know it is dissolving. Instead of returning to normality, our lives and thinking will change, to a time before and after corona, but that's okay. “Could it be that the virus has changed our lives in a direction that we wanted to change anyway?,” asks German trend and future forecaster Matthias Horx.

The Dutch founder of New York City forecasting agency Edelkoort Inc., Li Edelkoort, regarded as one of the world's most influential trend forecasters, believes that the coronavirus offers “a blank page for a new beginning”. She also speaks of an eventual resetting of values and expects the virus to cause a “quarantine of consumption”. Part of that will be that people get used to owning fewer things and travelling less.

Resetting values because of corona

“The impact of the outbreak will force us into slowing down the pace, refusing to take planes, working from our homes, entertaining only amongst close friends or family, learning to become self-sufficient and mindful. Suddenly the fashion shows look bizarre and out of place, the travel ads that enter our computer space seem invasive and ridiculous, the thought of future projects is vague and inconclusive: will it even matter? Every new day we question each system we have known since birth, and are obliged to consider their possible demise,” says Edelkoort in a recent interview with architecture and design magazine Dezeen.

Horx uses the technique of RE-gnosis (instead of prognosis), coping with the present through a loop into the future. “RE-gnosis, on the other hand, forms a loop of knowledge in which we include ourselves and our inner change in the future,” states Horx. Looking ahead instead of being stiff with fear. Coping is the magic word.

„Coping means overcoming. Neuro-biologically, fear adrenaline is replaced by dopamine, a type of endogenous drug of the future. While adrenaline leads us to flight or fight (which is not really productive in the dentist’s chair, and just as useless in the fight against corona), dopamine opens our brain synapses: we are excited about what is to come, curious, foresighted. When we have a healthy dopamine level, we make plans, we have visions that lead us to the forward-looking action”, explains Horx.

“Surprisingly, many people experience exactly this in the corona crisis. A massive loss of control suddenly turns into a veritable intoxication of the positive. After a period of bewilderment and fear, an inner strength arises. The world ‘ends,’ but with the experience that we are still there, a kind of new being arises from inside us,” says Horx. Edelkoort too hopes for “a better system to be put in place with more respect for human labour and conditions.”

Among the positive realisations, according to Horx’ RE-gnosis, is the one that “a malicious, divisive policy does not fit into a corona world. The corona crisis made it clear that those who want to incite people against each other have nothing to contribute to real questions about the future. When things get serious, the destructiveness that lives in populism becomes clear.” That includes fake news and conspiracy theories, which will turn out not to be future proof.

Shrinking but no collapse of the economy

In regards to the economy, Horx re-gnosticates: “We will be amazed at how far the economy could shrink, without actually collapsing, something that was predicted during every pre-corona tax increase and every government intervention. Although there was a “Black April,” a deep economic downturn and a 50 percent drop in the stock market, although many companies went bankrupt, shrank or mutated into something completely different, it never came to zero. As if the economy was a breathing being that can also nap or sleep and even dream.”

This means for manufacturing that the “global, just-in-time production, with huge branched value chains, in which millions of individual parts are carted across the planet,” will not survive. Instead, there will be interim storage facilities, depots and reserves; local production will be booming, networks will be localised and crafts will experience a renaissance according to Horx. “The global system is drifting towards GloCalisation: the localisation of the global.”

Edelkoort agrees: “The endless Chinese exports of synthetic sarees to India and plastic household objects to Africa, which have severely disrupted local economies there and created a lot of joblessness (and pollution) over the years might also come to a halt, possibly bringing new opportunities for making locally.”

“The true cost of the shut down in Italy and Japan, as well as Korea and China, will lead to a global recession of a magnitude that has not been experienced before. This is not a financial crisis but a disruption crisis. People stop moving around, stop going out, stop spending, stop going on holiday, stop going to cultural events, even to church,” says Edelkoort about the repercussions for the fashion and design industries. What exactly the future will bring remains to be seen.

“Every deep crisis leaves a story, a narrative that points far into the future,” concludes Horx, pointing to the strongest images of the corona crisis: Italians making music on their balconies and the environment getting a breather and slowly recovering. When after just a few weeks of a complete halt of production, industrial areas in China and Italy are suddenly free of smog and the sky can be blue again, the air clean and dolphins are spotted in a mega metropolis like Mumbai after only one day of complete lockdown, then there is hope indeed that this time, the human race will learn something from this crisis.

Keep up-to-date on news in the fast-moving fashion world by subscribing to our newsletter! Click here >>