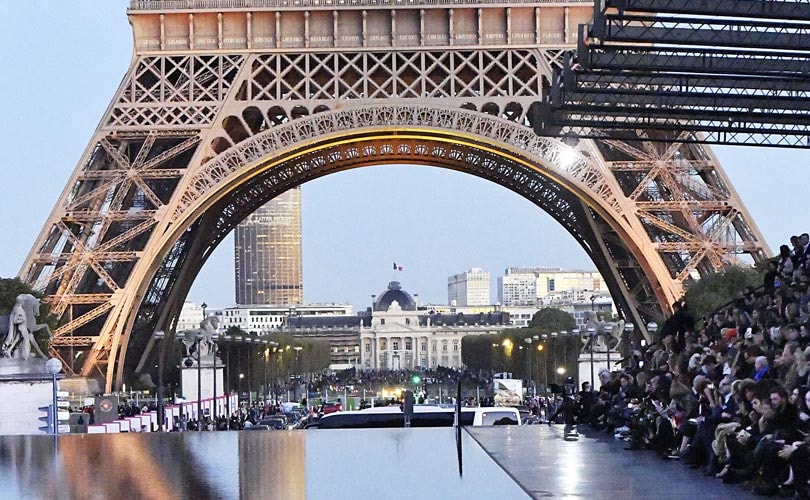 As Paris women's fashion week heads into the final straight, we look at what we have learned so far from the catwalk collections:

It's all about purity, stupid

Spring-summer collections are supposed to be about throwing open the windows to a world of colour and floral fancy, but Paris shows have been notably more sober and austere than usual -- almost puritanical in fact when it comes to prints. 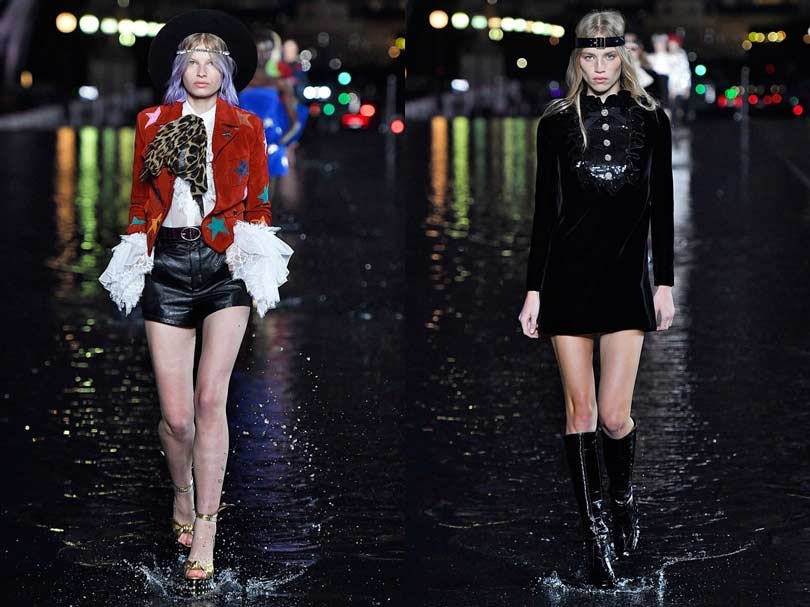 Hedi Slimane went on a voyage to the heart of black in his long-anticipated debut at Celine, as did his successor at Saint Laurent, Anthony Vaccarello. Blink at the Margiela, Guy Laroche, Olivier Theyskens or Hyun Mi Nielsen shows and you might have thought yourself at a funeral there was so much black, while Rick Owens summoned up the Salem witch-hunts, smoking pyre and all. 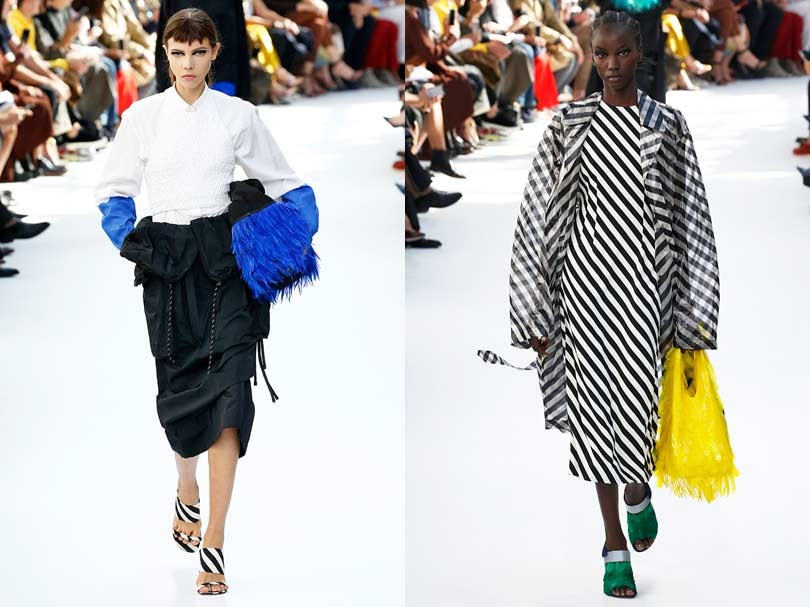 Even Balmain was uncharacteristically restrained, which is no bad thing. Dior -- where flowers are never far away -- was utterly lovely but also determinedly unflashy.

It was left to the king of prints Dries van Noten, as well as Jour/Ne, Paco Rabanne and India's jester genius Manish Arora to bring some fizz to the party, with the latter outdoing himself with a technicolour collection that burned itself into memory as well as the retina.

Bags are getting smaller, much smaller. We appear in fact to be entering the era of the micro-bag with young guns Ottolinger and Jacquemus introducing handbags you can hold with one finger.

Natacha Ramsay-Levi's new C bag at Chloe might not be quite so teeny tiny but the biggest thing about it is the golden C she has stamped on it, while Maria Grazia Chiuri's new Dior bag is more of a shoulder purse.

Marine Serre's spherical bags were cartoon bombs while Arora took the biscuit -- or in this case the three-tiered cake -- with his wedding cake as well as leopard head bags which came with laser eyes.

But for pure practical ingenuity, Issey Miyake's new bag hat is hard to beat. Made with shiny shot fabric, it can be folded into a hat and worn in an almost infinite number of ways. 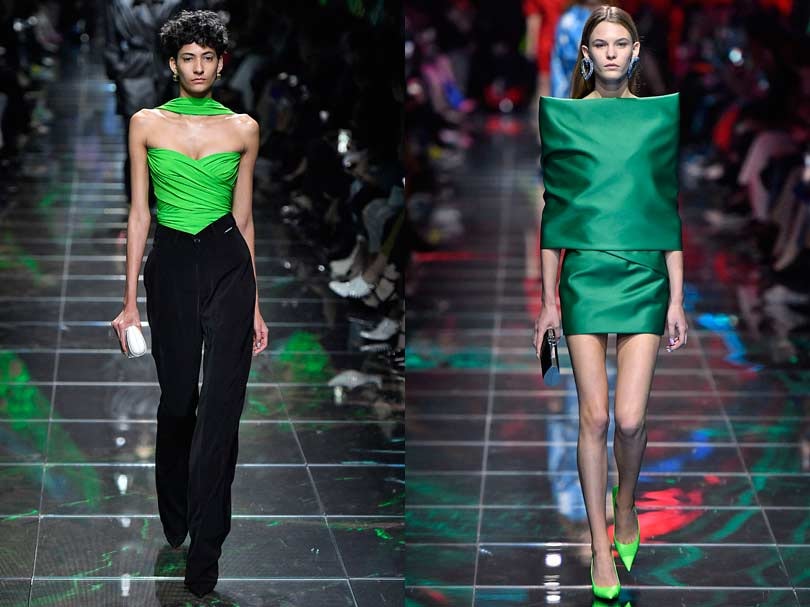 Summer is as all about sunglasses. And if Paris is any barometer in 2019 they will be as big as picture windows.

Like its collection, Guy Laroche's were two-tone while Saint Laurent and newbies Each x Other went all hippy dippy with heart and diamond-shaped frames.

For those who think sunglasses an unnecessary extravagance, Slimane's Paris by night-themed debut at Celine hammered home the style rule that one should never go out after dark without your shades. 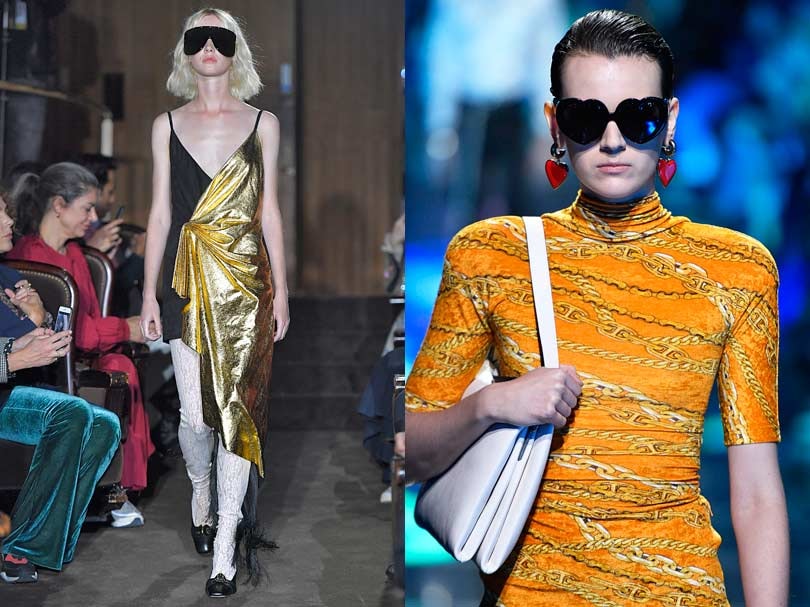 By gusset, it's Y-fronts!

There has been much gnashing of teeth this week about the relevance/appropriateness of Saint Laurent's leather hot pants in the age of #MeToo.

However little brouhaha resulted from Gucci sending out some of the boys in its co-ed show in big baggy Y-fronts with socks and Oxford shoes or in a selection of leather, red-zipped vinyl and crystal codpieces. One diamond-encrusted scallop shell worn over a pair of powder blue slacks drew particularly admiring glances. 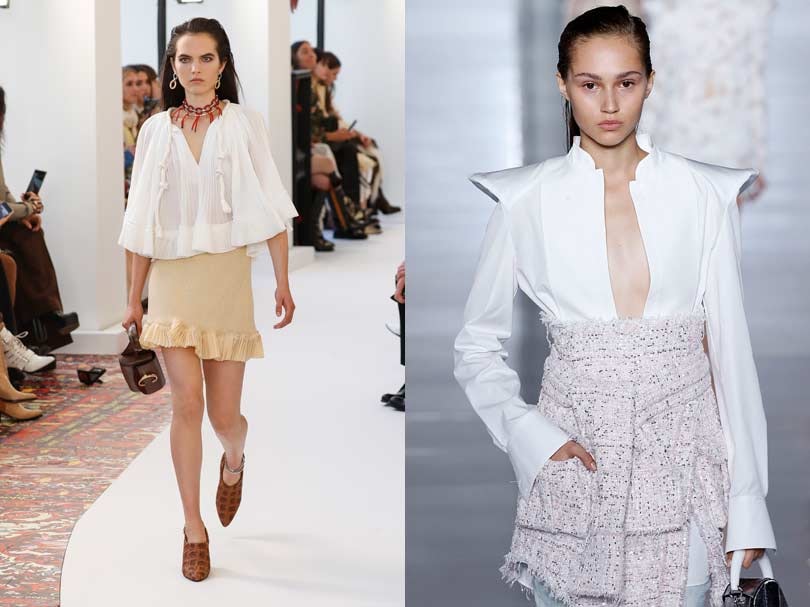 Never one to be outdone, the American avant-gardist Owens brought out the heavy artillery, with codpiece bags big enough to smuggle an electric guitar.

While Saint Laurent's Vaccarello may be out of synch with the mood of the times, Owens tellingly put his codpieces on women in an impressive show that also included kick-ass women in headscarves and a black Lady Liberty holding the flame of freedom that set fire to his "Tower of Babel".

That it took place on the day of the Senate hearings into Donald Trump's US Supreme Court pick Brett Kavanaugh gave it a further frisson.

Safe to say that Melania Trump will not be wearing Owens anytime soon, unless it's on her way to the divorce courts.(AFP)