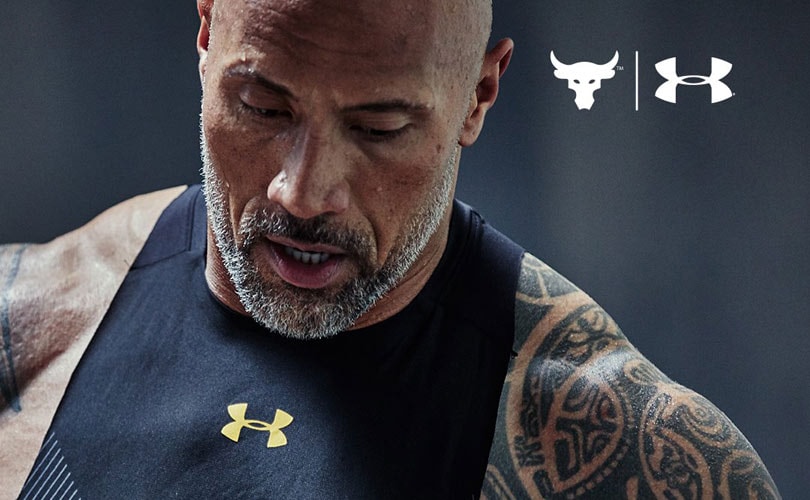 It was a good call for Sportswear brand Under Armour to hire actor Dwayne “the Rock” Johnson as the face of the brand, according to research company Spotter. The pairing scored the first place on Spotter’s annual list of best-matched celebrity endorsements. Tommy Hilfiger’s campaign with Canadian fashion model Winnie Harlow, best known for her role as a public spokesperson on the skin condition vitiligo, came in the second place. The top 10 was dominated by fashion companies, with Rag & Bone, Crocs, Amazon, Hugo Boss, Reebok and Lord & Taylor all appearing on the list.

Highest scoring endorsement deals of 2018, according to Spotted:

To determine the ranking, Spotted used the following metrics: perception analysis, audience match and risk assessment. The first one looks at how the celebrity scores in terms of recognition, trustworthiness and authenticity. In short, if consumers believe the celebrity embodies the personality of the brand. The second criteria is whether the celebrity’s audience matches the brand’s audience in terms of age, gender, household income and geographical location. To analyze this, Spotted compared the social media followings of the celebrities and the brands they endorsed. Lastly, researchers examined how likely the celebrity would be to do something that would put the brand’s image at risk.

The research company also revealed the lowest scoring brand endorsements and celebrity campaigns of 2018, to serve as a cautionary tale for other companies. Adidas’ campaign with music producer Mura Masa was considered the worst deal of 2018, followed by Burberry’s pairing with model Iris Law, daughter of actors Jude Law and Sadie Frost. While Reebok did right when hiring Gal Gadot, its decision to work with American rapper Lil Yachty was a misstep, according to Spotted. See the full ranking below:

Lowest scoring endorsement deals of 2018, according to Spotted: