UK brand Beyond Skin is on a mission to make cruelty-free fashion the way of the future. Founded in 2001, the Brighton-based footwear brand has had its fair share of challenges along the way, including the diminishing number of footwear suppliers in the UK, and the uphill struggle of forging out a new vegan market in the early 2000s.

Since its humble beginnings, however, the brand has grown in popularity - both within the vegan community and outside of it - and has been worn by the likes of actress Natalie Portman at the Golden Globes, the Oscars, and in her movie V for Vendetta. Based in the UK and produced in Spain, Beyond Skin’s women's footwear prices range between 99-270 pounds on its online store.

In the same week that saw LA announce its first Vegan Fashion Week, FashionUnited spoke to founder of Beyond Skin, Natalie Dean, about the challenges she's faced in creating an exclusively vegan brand, and about Beyond Skin's plans for the future.

How was Beyond Skin born and how has it grown?

Beyond Skin was created from a combination of frustration and vanity, a manifestation of my transition from long time vegetarian to vegan. Beyond Skin was founded in 2001 after watching a harrowing documentary on the atrocities of the dairy industry which was the final push I needed at the time to move towards a cruelty-free lifestyle. I then quickly discovered that there was simply no stylish, good quality, non-leather footwear available. Past attempts to combine fashion and ethics had generally resulted in one side of the equation being sacrificed, so I set out to prove that fashion and ethics need not be mutually exclusive.

At the time, I was a make-up artist for both the fashion and music industry so the knowledge gained on how these industries use and promote fashion was instrumental in the early successes of the label, assisting with celebrity endorsement and media exposure.

Veganism encouraged me to become intensely aware that everything I did had a consequence. It was empowering to know that the choices I made both as a consumer and how I ran Beyond Skin could and did make a difference.

Where did the name Beyond Skin come from?

What does veganism mean to you?

Empathy and the future…

What is a challenge that people starting up a vegan brand might not expect? Do you have any difficulties in sourcing, for example?

Like most small businesses we have had our fair share of challenges, particularly in the early days. We were a little before our time, which made life slightly harder as we had to literally forge out a new market.

The most popular misconceptions of faux leather are that it is not breathable, not eco-friendly and cheap. In fact, contrary to popular belief many Italian-made faux leather and suedes cost considerably more than most leather skins. Nowadays most skins are super cheap as they are sourced from the developing world where regulations regarding leather production, effluent and environmental policies are virtually non-existent.

It meant that back in the early days it was key to gain good relationships with the press to open and raise the issues around the conscious consumer and ethical fashion. We knew we had to challenge and contribute to breaking down the stereotypes around ethical fashion and what being vegan meant as most of them were very misleading. This helped us strike a balance between being an ethical vegan brand and being a luxury fashion brand.

However, our largest challenge of all was finding suitable reliable manufacturers who could successfully create high quality footwear in various non-leather materials. In the past we have met countless factories that have been unable to work with us due to the fabrics we use.

Where are your items made? Has this changed or will it change?

From the beginning, we were always keen to make footwear as close to home as possible and originally manufactured in England. It was an incredibly difficult journey and it took almost 2 years to find a suitable British manufacturer that would make non-leather shoes to the quality we desired.

We had to move from our UK factories twice over the years as sadly both met their demise. With a determination to survive we found and finally outgrew our third UK manufacturer and eventually moved our production to Spain where our manufacturing remains today.

How do you go about attracting new customers who aren't necessarily seeking out vegan items?

Simply by creating stylish shoes first, with the ethical, vegan edge as a bonus!

Do you feel like there are any restrictions in only using vegan products? How do you overcome them?

No, just the manufacturing issues we face when they refuse to work with synthetic materials! Everything else is just business. 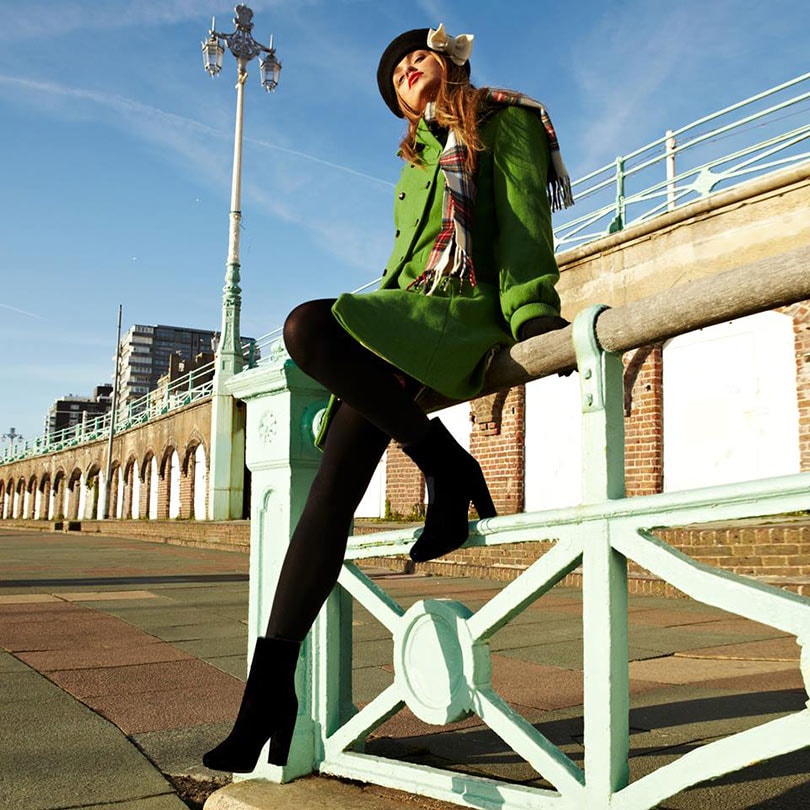 How do you look to build on your customer base?

We have been incredibly fortunate to have been around for over 16 years and during this time have seen green issues move further up the agenda as more people choose to adopt greener and more ethical lifestyles. Media support has been paramount to this new sense of social responsibility. I feel it has been one of the main contributors to this massive growth of ethical consumerism and have the media to thank for much of our own success.

Hence, social networking is the key method for us to expand our audience – namely Facebook and Instagram. There’s a huge audience of vegans on social which enables us to approach them in a fluid and organic way, the vegan community is vast and ever-growing!

Do you have a favourite product?

Archie B is a last (silhouette) that we created when we used to make here in England and we have reproduced in various patterns for a very long time!

Do you think we are seeing enough vegan brands in the UK?

It seems like every month there’s a new vegan brand, albeit food, fashion, homeware and so on…but what is clear is that this is more than a movement it’s a trend that is here to stay.

Ultimately long term we all need to be encouraged to be more thoughtful on how we spend our money; from considering which brands we support to which supermarket we shop at, as it all contributes to a vast supply chain that we are all essentially responsible for.

What are the key lessons you have learned since running your business?

I would probably say adaptability, compromise and when things don’t go to plan to look for a positive and change course.

What's your biggest accomplishment so far?

It was a real moment of elation and pride when Natalie Portman wore Beyond Skin in V for Vendetta and then to both the Oscars and the Golden Globes. It gave us great exposure, put us on the map and got us noticed. Once you have a break through like that it makes the path a little easier as people are more willing to listen and engage with your story. Also, winning an Observer Ethical Award was an amazing accolaide for us too – a real ‘we have arrived’ moment!

What do you hope for in the next 5-10 years for Beyond Skin?

We are planning to raise investment, launch our menswear range of footwear, expand our women’s accessories, then open a flagship store! So watch this space….