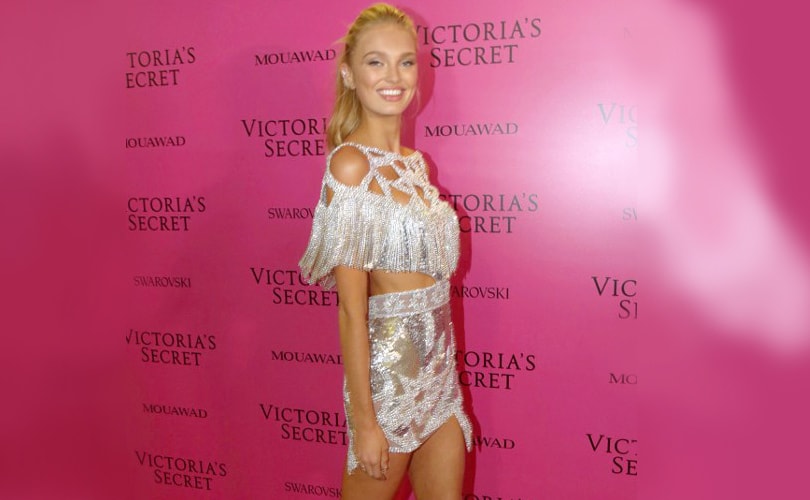 Victoria's Secret Show stumbles across the line in China

The glitzy Victoria's Secret fashion show stumbled across the finish line Monday night in its first-ever China staging after a run-up marred by setbacks and reports of political interference by Beijing.

Models breezed down the catwalk sporting elaborate feathered wings and billowing trains as the US brand held the racy show in Shanghai in hopes of making a splash in the country's growing lingerie market to offset declining American profits.

But the show, now in its 23rd year, suffered a blow when top US model Gigi Hadid announced Friday she was withdrawing. She gave no reason for the decision but it came after Chinese internet users savaged the 22-year-old over a video clip showing her squinting her eyes in an apparently derogatory facial expression.

US media also reported that singer Katy Perry was expected to headline the musical acts but was denied a visa by China. Instead, England's Harry Styles led the way. The reports suggested that China was upset that Perry had previously draped herself in the flag of diplomatic rival Taiwan and performed in colours implying support for those on the island opposing closer relations with China.

Neither Perry, Victoria's Secret, nor China's government have confirmed the reports but the state-aligned Global Times suggested in an editorial Sunday that Hadid and Perry had "dropped a stone" on their own feet.

"Payback was unavoidable. Those who are serious about developing careers in the Chinese market can draw lessons from this case and learn to abide by the rules in China," it said.

The stumbles continued Monday night at Shanghai's Mercedes-Benz arena, whose exterior was bathed in garish pink. A system breakdown slowed the entry of the thousands of invited guests, delaying the show's start, and the Chinese crowd largely resisted entreaties to show much enthusiasm.

According to reports, as part of its China charm offensive Victoria's Secret selected a record seven Chinese women to be among the 55 models. But one of them, Ming Xi, tripped on her costume and went down hard on the catwalk, triggering an outpouring of sympathy on the Chinese internet.

The scene is certain to be excised when the edited production airs in more than 190 countries on November 28. Earlier during make-up, China's top model Liu Wen, a veteran of several Victoria's Secret shows, told AFP that Monday's version was "even more special" to her this year because it was held at home.

"We can be thankful that China is such a big market, so there could be so many Chinese faces appearing. So personally I feel proud of my own country," Liu, 29, said. Victoria's Secret is hoping to win a slice of that market, opening its first two super-stores in China this year, in Shanghai and Chengdu.

The company's US sales have sagged, with analysts blaming its slow-footed response to a trend away from constructed bras towards more comfortable intimate wear. Victoria's Secret is banking on its name recognition and on top models like Adriana Lima and her Chinese counterparts winning over women in China who are increasingly interested in expressing their sexuality, say social and fashion analysts.

Lingerie is one of the fastest-growing segments in Chinese women's apparel, according to market-intelligence firm Mintel. Mintel predicts it will grow to 148 billion yuan (22 billion dollars) by 2020, up 32 percent from 2015 numbers. The show's priciest piece of lingerie was the annual "Fantasy Bra".

But he added that Victoria's Secret was entering "a tough retail market with many competitors", both foreign and domestic. US fashion media have also run unconfirmed reports that three Russian and one Ukrainian model were denied visas. (AFP)