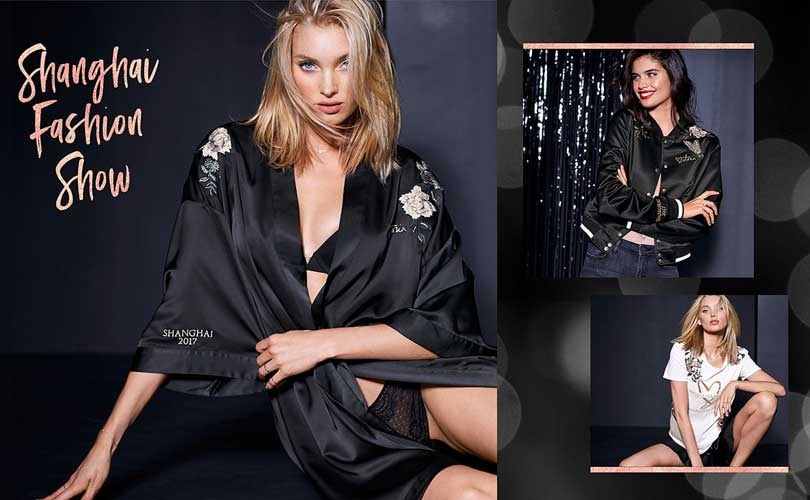 The star-studded, super-hyped Victoria's Secret lingerie show hits the catwalk in Shanghai on Monday, the first time the US brand is holding its self-described "sexiest show on earth" outside the United States or Europe.

Coming to China is all about business: the company's bottom line is sagging and it is staking its future on the growing Chinese market. Here is everything you should know about the annual festival of music, lace and flesh, now in its 23rd year.

Western markets for intimate wear have already matured, but China's is still blossoming as rapid societal changes help loosen Communist-era prudity. China's women are a growing consumer force and more interested than ever before in expressing their sexuality, fashion analysts assert, and they increasingly have the money to do so.

Lingerie is among the fastest growing segments of Chinese women's apparel market, reaching 112 billion yuan (17 billion US dollars) in 2015, according to market-intelligence firm Mintel Group, which projects it will grow by another 32 percent by 2020.

Victoria's Secret, whose business performance has withered amid US competition and a product realignment, has taken notice, opening its first two Chinese flagship stores this year, including a huge four-story Shanghai emporium.

Making the VS runway is one of the most coveted gigs in modelling, but the company has been accused of bias toward leggy blondes or Latinas in selecting its "angels" -- so-called for the trademark wings they wear. But last year it tapped a record four Asian models and, in a nod to this year's hosts, Shanghai will feature six of Chinese origin, according to reports.

They are led by China's top model Liu Wen, the first Asian on Forbes' annual list of the world's highest-paid fashion divas. She'll reportedly be joined by Shu Pei, Sui He, Xiao Wenju, Shanghai's own Ming Xi, and Paris-born Estelle Chen, who will prowl the catwalk along with top earners such as Adriana Lima, Alessandra Ambrosio, Jasmine Tookes, and Karli Kloss.

Holding the racy event in Communist-ruled China seemed destined to get somebody's knickers in a twist. Sure enough, US model Gigi Hadid withdrew Friday after Chinese netizens accused her of racism and warned her to stay home over a video clip of her making a squinty-eyed "Asian" face.

Hadid, who had apologised to Chinese fans in September, gave no reason for suddenly withdrawing, and it was not clear whether VS or China's government may have dropped her to avoid a PR fiasco. US fashion media also have run unconfirmed reports that Russian models Julia Belyakova, Kate Grigorieva and Irina Sharipova, and Ukraine's Dasha Khlystun, had been denied Chinese visas, for reasons unknown.

Critics pan the show as a sexist and bloated branding stunt, but it nevertheless manages to generate significant buzz with its mix of bling and star power. Musical performers through the years have included the Spice Girls, Phil Collins, Destiny's Child, Sting, Bruno Mars and Lady Gaga, and A-list celebs typically occupy audience seats that reportedly cost thousands of dollars.

The 2017 performers will include Harry Styles, Grammy winner Miguel, and Chinese singer Jane Zhang. The night's highlight comes when a model dons the jewel-encrusted "Fantasy Bra". The honour this year goes to Brazil's Lais Ribeiro, who will model a 2 million US dollar bra made by Swiss-based luxury-goods company Mouawad and studded with nearly 6,000 gemstones including diamonds, yellow sapphires, and blue topaz. The show tapes in Shanghai on Monday night but will not air globally until November 28.

Even with the splashy China debut, Victoria's Secret and its premium products -- a single bra in its Shanghai store runs up to 658 yuan (100 US dollars) -- may find a tough battle on its hands.

A range of established domestic and foreign brands like China's Aimer and Cosmo Lady, and France's Aubade, already have staked out Chinese turf, and growth rates are tapering off. Mintel said annual growth spiked to 18 percent in 2011 but projects that to slow to just 4.4 percent by 2020. (AFP)