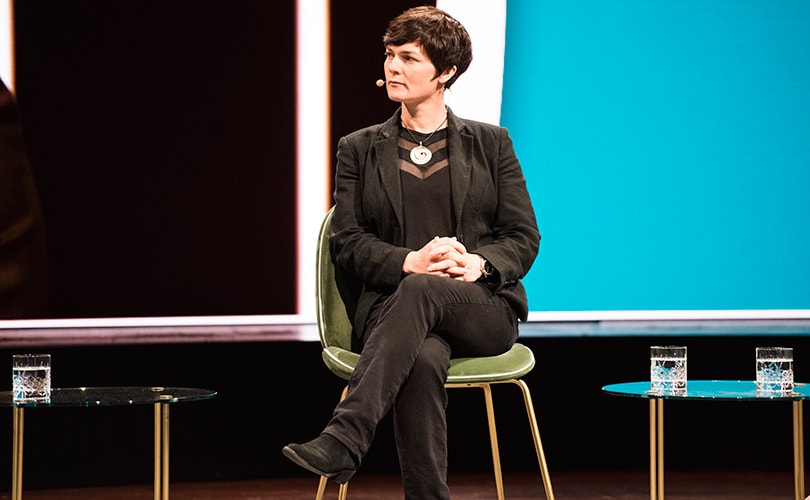 Will the Global Fashion Agenda succeed in making sustainability the norm?

Fact - the fashion industry remains one of the most environmentally damaging industries in the world. In 2015 alone the global industry consumed 79 billion cubic meters of water, released 1,715 million tons of CO2 and produced 92 million tons of waste alone according to data from the Boston Consulting Group. In addition, because the industry has become so large and fragmented over the years, it is also fraught with social and ethical problems. These range from gender inequality and sexual harassment, to non-liveable wages and ongoing worker exposure to hazardous chemicals and waste. 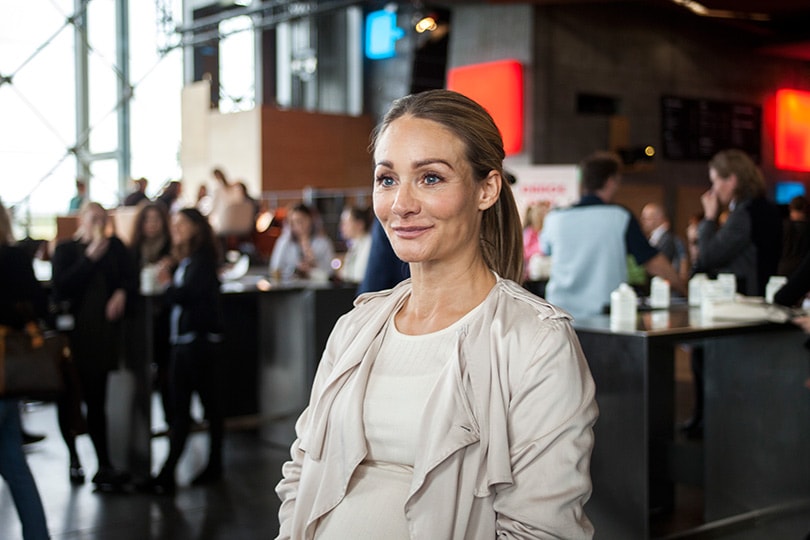 In order to keep up with the UN’s current growth trajectories, which project the global population to rise to 8.5 billion people by 2030, the overall apparel consumption will increase 63 percent from 62 million tons today to 102 million tons (equal to 500 billion t-shirts). This huge expansion will put even more pressure on the industry’s finite resources which is why the fashion industry urgently needs to address its environment and social impacts. This is why the Global Fashion Agenda (GFA), a new leadership forum which aims to engage the entire spectrum of industry players in making a change, released its ‘Call to Action’ last week during the Copenhagen Fashion Summit, the industry annual conference on sustainable fashion. 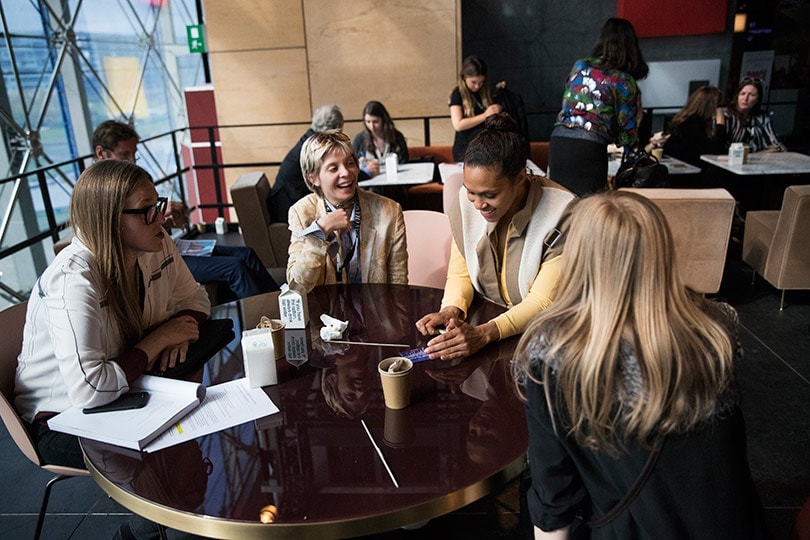 “To take what we have done so far at the Copenhagen Fashion Summit from conference level and bring it into summit mode is the trick now,” said Eva Kruse, president, and CEO of the Global Fashion Agenda, which organizes the Copenhagen Fashion Summit last week. “Since we first starting hosting the Copenhagen Fashion Summit in 2009, we have been trying to put across the message to get people to commit and engage - and we haven’t succeeded. Does anyone remember the 10-year plan of action we launched in 2009? No? So we thought we have to do it differently this time. We tried to reorganize and reframe the proposal - we even tested it across a few companies so that we really delivered the message and this is our Call to Action.” 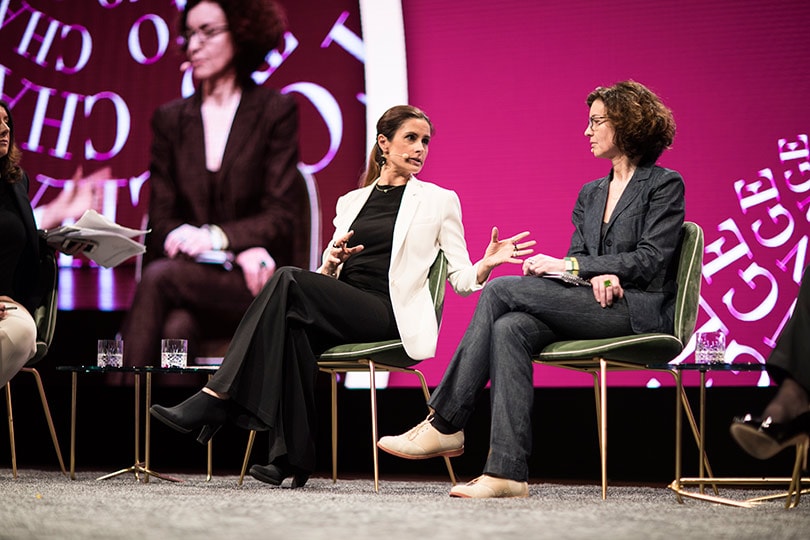 The Global Fashion Agenda is now calling on all fashion brands and retailers to pledge to take concrete steps towards adopting a circular fashion system which restores and regenerates materials. Their Call to Action’ follows on from the release of a new report ‘The Pulse of Fashion 2017’ which aims to act as a comment fact base on the current ‘health’ of the industry. 20 brands have already signed the commitment, including Adidas, Asos, H&M and Kering, and pledged to take concrete steps on one of the four steps outline to make progress by 2020. However the GFA’s ‘Call to Action’ is not the first, nor last initiative started aimed at bringing around systemic change. Over the years numerous initiatives and non-profit organizations have been founded to help combat the industry issues, such as the Sustainable Apparel Coalition, the Ellen MacArthur Foundation and the Ethical Fashion Initiative, which have all had a positive impact on the industry and its supply chains. But they have yet to make a significant impact on the industry.

At the summit frustration concerning the industry lack of immediate action towards making sustainability, the new norm was clear. "If we have to go to yet another conference where we hear pledges, promises, targets to achieve, discussions on what it will look like, we will all become old before it actually happens,” said Livia Firth, founder of Eco Age later in the day. “In fact, the garment sector is the sector which has the most sustainability initiatives in progress - but is there actually one which has reached the scale which is needed to make an impact? I haven't seen it. If success were measured by the amount of promises made in these sustainability reports, well then the situation would be pretty green." However, the situation in the industry is far from green, as outlined in the Pulse Report which rated the current industry’s health at 32 out of 100. So what sets the GFA ‘Call to Action’ apart? Is it enough to kick-start the industry into action and make sustainability the new industry norm? 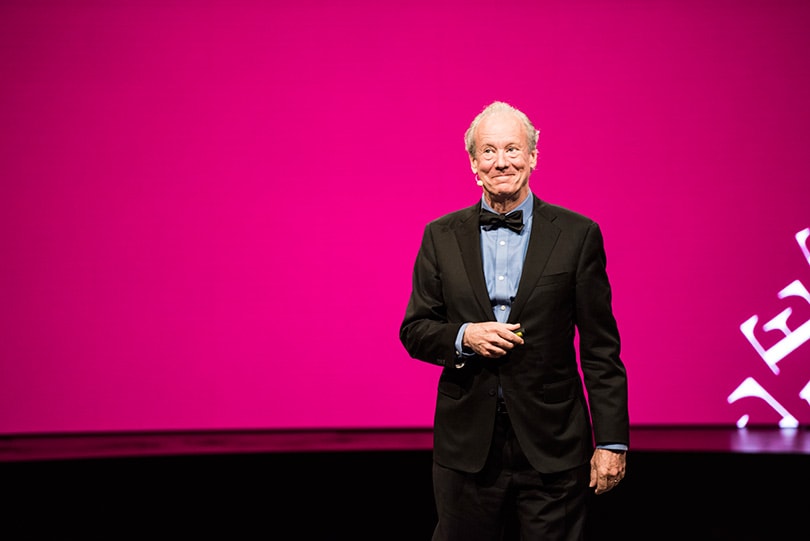 'The challenge, of course, is the complexity of actually achieving change - since the fashion industry is so fragmented'

“The Global Fashion Agenda's mission and objectives hit the bullseye - to collaborate with multi-stakeholders to influence change from industry to consumers - and its intention, ambition, and commitment is certainly evident,” said Christina Dean, Founder and President of Redress, an environmental NGO based in Hong Kong and co-founder of luxury upcycling fashion brand BYT to FashionUnited. “The challenge, of course, is the complexity of actually achieving change - since the fashion industry is so fragmented - not everyone is as aligned. I've been in this area for 10 years, and I've heard across the world that 'it's now' and 'it's urgent' to change, but really, the widespread adoption is pretty snail pace. This is through no fault of the GFA, of whom I'm a great supporter,” she added. Throughout the summit speakers and panelist urged those present to start working together, collaborate to innovate and it seems as if some leading players have answered that call.

For example, a new initiative known as the Circular Fibre Initiative was unveiled. Launched by the Ellen MacArthur Foundation, this new initiative brings together key industry retailers and stakeholders to start developing a circular economy for textiles, starting with fashion. The initiative is supported by a number of key industry companies, such as the C&A Foundation, H&M, Nike, The Danish Fashion Institute, Fashion for Good, Cradle to Cradle and MISTRA Future Fashion. “The Circular Fibres Initiative aims to catalyse change across the industry by creating an ambitious, fact-based vision for a new global textiles system, underpinned by circular economy principles, that has economic, environmental, and social benefits, and can operate successfully in the long term”, said Dame Ellen MacArthur, Founder, Ellen MacArthur Foundation. 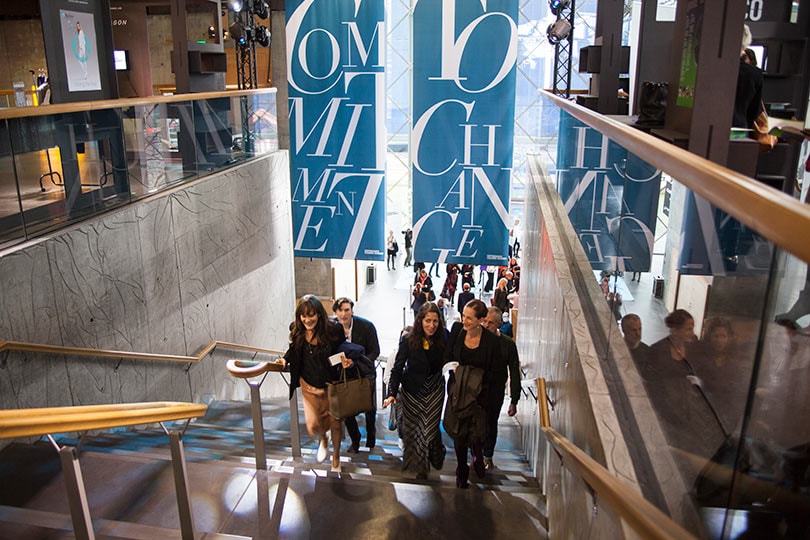 Is circularity the answer to the industry's issues with sustainability?

Circularity, the main focus of the GFA Call to Action as well as the Circular Fibre Initiative, was one of the main phrases used throughout the summit as the leading solution to the industry’s sustainability issues. It was mentioned numerous times throughout the day and was the main the subject of numerous breakout sessions, such as Circular Design and “It’s been very exciting to see all this aligning of agendas. It’s sort of like watching 500 vectors form a pattern,” said William McDonough, Chief Executive of the McDonough Innovation centre, a renowned expert on Cradle to Cradle to FashionUnited. “In a way, it’s like watching birds fly together as a flock, with that amazing organic coordination. There are subjects common to all of us in the industry, and now we are seeing how it all fits together.” He is positive that the industry was coming together to work on solutions for sustainability and foresees change happening at a faster pace. “I always feel like a 30-year overnight sensation, but as far as I can tell change is happening fast - at least it’s happening a lot faster now than it was 30 years ago.”

“Going Circular is the new hot thing for sustainable fashion and it has concrete actions that brands can try to adopt, making it adoptable,” added Dean. “Of course, this is simply another voluntary signatory scheme, but if it's true that, 'where's a will, there's a way', then the Call to Action will help to nudge brands out of the sustainability slow lane.” Although most of the attendees at the summit were positive with the current steps taken and the initiatives made towards a more sustainable future, some questioned if it is enough. “This year's Copenhagen Fashion Summit focused on “circularity” – an industry buzzword that promises relief to the problem of limited resources within one of the world’s most resource-intensive industries,” argued Chiara Campione, Senior Corporate Strategist for ‘Detox My Fashion’, a campaign from Greenpeace. 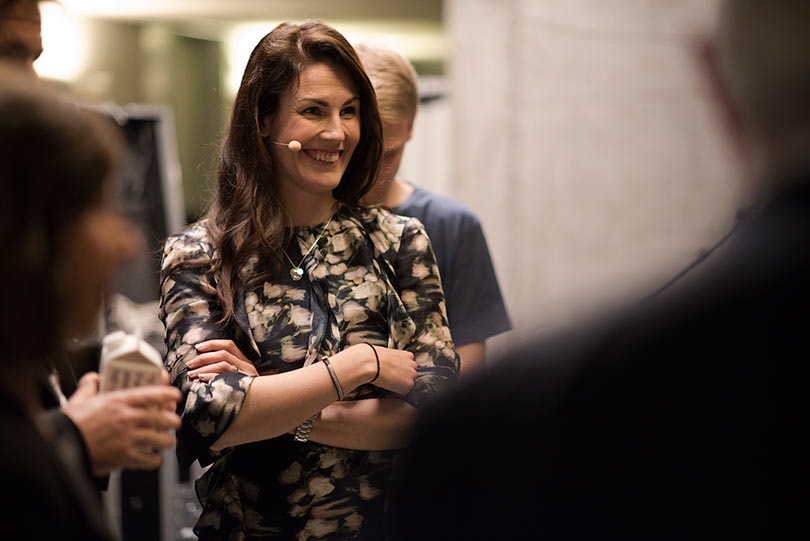 'While their focus on circularity sounds promising, it’s simply not enough'

"Industry leaders rarely talk about the real solution: reducing the overall volume of production. All their talk about sustainable investing and innovative new materials and technologies comes under the assumption that the industry continues to grow,” she noted. “But unlimited growth is impossible on a planet with finite resources. The industry wants to place the responsibility on consumers to educate themselves and recycle their own clothes while continuing to heavily market cheap fast fashion at us. Real change is not going to happen without investing in designs and strategies to extend the life of clothing and reduce the environmental impact of production at the design stage. Fashion brands need to redefine their marketing strategies and start involving customers in a new narrative where people buy less and clothes are more durable and repairable. We need to slow down.”

Others noted that although the Summit and the Global Fashion Agenda did touch on many points, they failed to address some key areas which could help contribute to bringing around circular change at a faster pace. "There was a huge gaping hole in the agenda - and that was the voice of the ever powerful Asia - particularly Chinese, textile manufacturers - who play tremendous roles - and also hold incredible knowledge - in the push for circular," said Dean to FashionUnited. "The lion's share of the clothes and textiles are made in developing countries, where there is huge innovation and leadership, but this message was not brought to the table."