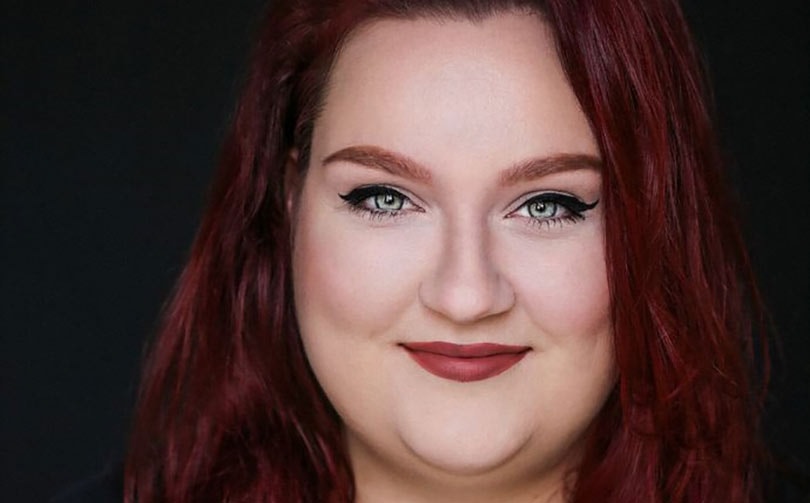 Workwear expert Aileen Out: "Good and comfortable work clothing are of vital importance"

From criticizing Vice President Kamala Harris' casual looks on the cover of Vogue, to shaming congresswoman Alexandria Ocasio-Cortez for wearing the wrong kind of shoes, it is an all too familiar rhetoric on the workwear of people in power, particularly women. The discussion represents a constant tension in the world of workwear: that between comfort and professionalism, appearance and function, personal freedoms and (unwritten) rules.

Business fashion and workwear specialist Aileen Out knows the dilemmas all too well. She writes about it every day on her website Prettybusiness.nl, the only blog in the Netherlands that focuses exclusively on workwear. They are also regularly discussed in her recently published book 'Heroes in white suits' about work clothes in healthcare. FashionUnited speaks to her for the second part of a triptych about workwear. What themes and interests are there in this branch of the clothing industry? And how can you distinguish yourself as a person or company in an environment full of regulations?

Media, Fashion and Marketing: The Challenges of the Workwear World

Out did a fashion course in Amsterdam and studied public administration in The Hague, after which she got a job at the Province of North Holland. Due to her background in fashion, she quickly noticed that many colleagues were walking around with questions about workwear, such as 'how do I combine professionalism with my own identity?' to 'where can I find maternity business clothes?' When Out investigated herself, she discovered how little information about workwear was available, aside from a handful of styling advice and company websites. She then decided to write herself. She started Prettybusiness in 2014, followed a few years later by the international equivalent Prettybusiness World. In 2021, Prettybusiness is still unique in its form as an independent platform for news, tips and information about workwear.

Why such limited attention to this topic? “This has to do with several factors,” Out begins. “Firstly, many companies and organizations themselves are not always keen to publish a lot of information about their corporate clothing. Some of these companies are subsidized by the government. When it comes to public money, the way it is spent is more likely to be criticized. Companies would prefer not to give the impression that they spend a lot of money on clothing. In recent years, more and more corporate clothing has been designed in collaboration with well-known designers or fashion houses, such as Jan Taminiau or Mattijs van Bergen. A collaboration with H&M will not easily be criticized, because it does not cost much, but especially if you work with chic brands or designers, this can raise questions. Companies are afraid of that."

Moreover, workwear suffers from an image problem, in Out's opinion. “It is also said in the industry itself: workwear is not a sexy subject, because it often has to be practical and handy. I can get really angry about that," says Out. “You have to show people that it is fun, that it is interesting, that it has a story. In my opinion, the launch of a new collection of corporate clothing is an ideal opportunity to publicize your identity, your goals and your ambitions as a company. Especially when it comes to sustainability. If you want to publicize that, workwear is a great opportunity."

Finally, workwear companies sometimes fall short when it comes to modern marketing techniques, says Out. The industry can learn in this area from the mainstream fashion industry. “When fashion influencers are sent clothing, it is all fun, beautiful and Instagrammable packaged . I also sometimes receive work clothes: I wear it regularly myself and see testing it as part of my job, I want to know what I'm writing about. In addition, I occasionally unbox products for my followers. But when I open the boxes, I sometimes think: phew. Then the clothes are just thrown in, no card there, nothing. This is much better in fashion."

That lack of attention is a shame - because corporate clothing is not only extremely interesting, but also of vital importance. This is clearly evident in Out's book 'Heroes in white suits', a collection of her previous articles on workwear in healthcare. “Good work clothing in healthcare is very important, because it can simply make work easier. When care workers are not bothered by their clothing, they can do their job better, and we as patients are also safer, ”explains Out. "In addition, clothing determines how they feel and what they radiate: whether they are comfortable and whether they are proud of their work, for example."

However, healthcare workers are still often faced with uncomfortable work clothes. “The problem is that there is generally a shortage of money in healthcare, and that cuts are being made on all sides. Comfortable, durable clothing with a good fit simply costs money, but it is often skimped on. That is not only unsafe, but also not really respectful towards employees." From reports that Out occasionally receives from the work field, it appears that poorly fitting or ugly clothing can cause discomfort and shame among staff. A chapter in 'Heroes in White Suits' is characteristic, about a healthcare worker who is so embarrassed in her company polo that she risks her job to be allowed to wear something else.

Another problem Out mentions is that staff are often not heard enough. Last year this led to a thorny issue within the Ambulance workers in the Netherlands. It was announced that the staff was to be fitted with new work clothing, which would become a large and expensive project, which Out reported extensively. After the delivery of the collection, Out was tipped off that ambulance staff were concerned about the visibility of the clothing. Out then approached a number of ambulance services personally - the concerns appeared to be real - and dug deeper into the documentation of the project. It turned out that the safety standards for visibility had initially been adhered to, but later in the process these were abandoned in favor of a 'distinctive look' for the Dutch ambulance. Out: "Employees are listened to - that is, surveys are conducted - but there are other interests at play that can still be prioritized."

In high heels in the clouds

How different it is in aviation. That is what Out's next book, 'On high heels in the clouds', which will be published in May. “In contrast to healthcare, so much money is put into it. It comes to millions by default, and nobody thinks that is strange. All kinds of well-known designers are brought in, which is also considered quite normal. Aviation is an industry where appearance and presentation are extremely important, ”explains Out. “They really do their best to reach the press with the uniforms and the story behind them. Complete infographics are made about it, photo shoots are done at beautiful locations… It's all very glamorous.” This has repercussions for the general public. “Articles about flight attendant clothing are much more responsive than articles about other industries. People have a kind of love for it.

But the glamor of aviation also has its downsides. Out: “This industry is the first to take a break when it comes to dress codes. In 2019, I found out that Qatar Airways had established a strict dress code that stipulated, among other things, that women should remove hair from the face and forearms. You see these kinds of strict requirements a lot, also with Dutch companies. At TUI, for example, women were not allowed to be fuller than size 40 in the past. That rule has now been withdrawn, but it really goes far. These kinds of demands are usually not made of men.

Company clothing outside the lines

In the field of gender, there is still a lot to be gained in corporate clothing, Out notes. “The technical workwear industry in particular has been focused on men for years. Women were usually told: here, put on these men's clothes. With all its consequences: they could not move freely, got chafing spots, or burned themselves on corrosive materials because the clothing did not fit properly. Many women do not have suitable work clothes to this day. So let them take it themselves or tinker with rubber bands. But it doesn't make clothing any safer.”

Change seems on the way: in recent years more and more workwear companies have come up with separate women's collections. Out does have a comment on this development. "There are still a lot of companies that say 'this is for women' and then throw a pink color over it, but don't look at the fit." Out often hears from workwear companies that they find it 'difficult' to make clothes for women because curves - breasts, hips - have to be taken into account. “Companies that produce suitable women's collections often show it off, as if it were something very special. But in fact it should be perfectly normal."

There are also companies, often headed by women, that exclusively make workwear for women to reduce the gaping shortage. Out: “Those companies are different from the established order in several respects. They are generally social companies, almost like communities . They do very well with the public. ” As far as Out is concerned, these companies are also a shining example of how you can distinguish yourself from the competition as a workwear company, something that is not easy in an industry in which the appearance and functionalities of products are subject to rules and standards.

Does Out have any other tips for workwear companies to profile themselves? Out: “Most companies have a rather homogeneous appearance. Although the workwear industry is one of the most inclusive when it comes to sizing, only slim, and white, models are used to display the clothing. By introducing more diversity here, you can also better show what you have to offer as a company. And then one more thing: many workwear companies sponsor football clubs. Or motorsport. ” Companies can also be more creative in this respect, says Out. “For example, I know a workwear company that sponsors other entrepreneurs they like, especially women in technical positions. That is really an alternative approach. Dare to color outside the lines."

Why fashion shaming women in power is losing its power

The book 'Heroes in white suits. The story behind workwear in healthcare, before and during corona (2017-2020) 'was published in March 2021 and is available via Prettybusiness.nl, Bol.com and various bookstores.