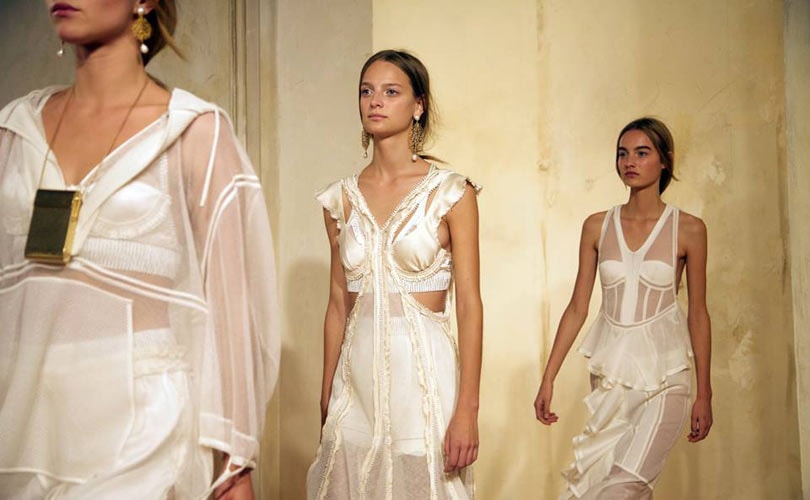 Balenciaga has appointed Georgian designer Demna Gvasalia, the lead designer behind the Parisian collective Vetements, as its new artistic director to succeed Alexander Wang, who showcased his final collection for the fashion house on October 2 after a three-year tenure.

The name Gvasalia may not be instantly recognisable, like Wang, but his label Vetements has been generating a lot of buzz during Paris Fashion Week for its captivating approach to design by taking wardrobe staples such as biker jackets, sweatshirts and jeans and reworking them. The Parisian collective was also a recent finalist for the LVMH Prize.

“With his mastery of techniques, his expertise and fashion knowledge, in conjunction with his innovative and carefully considered approach, Demna Gvasalia adopts a unique vision of the designer’s role today and thus recalls Cristobal Balenciaga’s own vision. I am confident that he will succeed in embracing Balenciaga’s core values and developing them in harmony with today’s global changes.”

Gvasalia, who will continue to design for Vetements alongside his brother Guram, will present his first collection for Balenciaga for autumn/winter 2016 in March during Paris Fashion Week.

Before debuting Vetements last year, Gvasalia a graduate of the Royal Academy of Fine Arts in Antwerp, had been responsible for the womenswear collections at Maison Martin Margiela until 2013, and served as senior designer of women’s ready-to-wear at Louis Vuitton.

François-Henri Pinault, president and CEO of Kering, added: "With its distinctive and radical style, Balenciaga has influenced several generations of designers and couturiers. Today, the maison stands as one of the finest jewels of French fashion heritage.

“I’m delighted to welcome Demna Gvasalia, a powerful emerging force in today’s creative world, as artistic director of Balenciaga. Demna Gvasalia embodies a unique approach to the profession, marked by a sociological observation of the wardrobe’s essentials and the way he remains humble and rigorous in his creative work. I am convinced that he will lead Balenciaga to a successful future.”