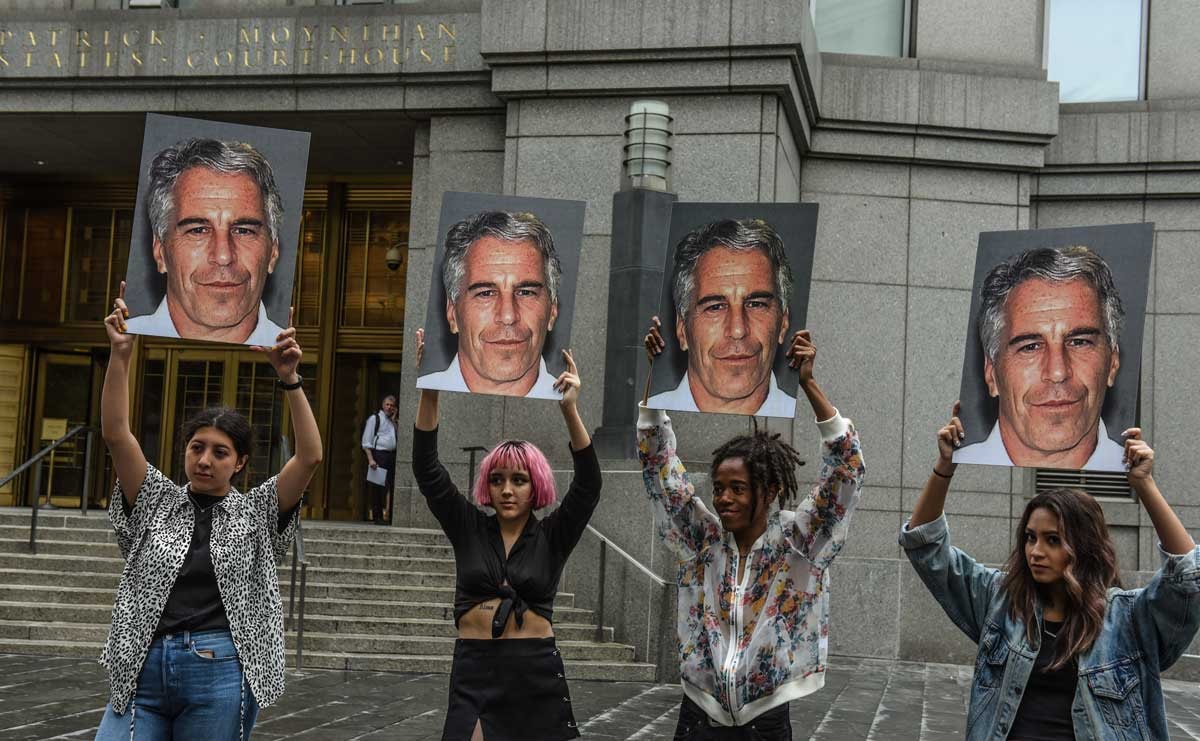 The Harvey Weinstein case has triggered a social movement that has barely wavered in the past two years after the scandal broke in late 2017. The constant flow of damning testimonies presented by the media and on social networks is concrete proof of the movement’s strength. These testimonies, we must note, are allegations. Right now, they come from presumed victims, presumed being the operative word. No trial has taken place and no judgement has been rendered. This is the case for the Weinstein, and other fashion industry players recently been accused of sexual harassment including Mario Testino, Bruce Weber (who staunchly denies it) and Terry Richardson.

To survive fashion brands must adapt their very essence to this new scale of social values. The scale, although, is sometimes slippery. A perfect example is designer Hedi Slimane: all it took for him to be accused (mainly by Anglo-Saxon journalists) of misogyny was a catwalk show deemed ‘too sexy’. For some, Hedi Slimane was perceived as the "Donald Trump of fashion" after his SS19 show with Celine. As a result of this public criticism, adjustments have been made by the designer to balance the scale.

All of these verdicts presented so far have been delivered by public opinion and not by courts. The Jeffrey Epstein case, however, is a game changer... Here's why.

Fashion players associated to Epstein on trial by public opinion

Billionaire financier Jeffrey Epstein was found dead in his cell on 10 August after his arrest on 8 July. Initial inquiries suggest that it was suicide. This suicide, with all the irregularities that come with it, are stirring up public opinion. The charges leading to the arrest of the billionare were serious in nature: the sex traffic of minors as young as fourteen. However, the Daily Telegraph reports some of the girls trafficked were as young as twelve. This sordid sex scandal is rocking the United States, as well as Europe.

In France, Marlène Schiappa, French Minister of State for Gender Equality publicly requested an inquiry into the alleged child sex trafficker to be opened on French soil, claiming the U.S. investigation exposed links between Epstein and France. Schiappa was immediately addressed by the Minister of Justice Nicole Belloubet, who insisted that opening an inquiry cannot stem from a government request, since the judiciary authority is independent.

In both the U.S. and France, however, the general public’s consensus is that without trial, the alleged victims will be unable to repair the damage suffered.

This concept of reparation, fundamental for victims, is the most important element arising from this dark affair. For the past two years of the #MeToo movement, it has been all about publicly denouncing personalities like Epstein, and exposing their crimes publicly as a form of general catharsis. The allegations were self-sufficient. However, now Jeffrey Epstein's suicide has deprived victims of a verdict, causing a public outcry of anger and dissatisfaction. This wave of indignation is no longer hungry for denouncements, but for justice. In this case, it demands a trial, not by public opinion, but before the courts, the only place where effective justice is and must be rendered.

A dead man cannot be judged.

We can expect an American inquiry (an FBI raid took place on 12 August on the billionaire's private Caribbean island) but it must be stressed once again: Jeffrey Epstein is dead, so he cannot be judged, he will never be declared guilty, as he cannot defend himself. So, what will happen? In a quest for justice, the public’s opinion, legal institutions and the media will focus on the billionaire's acquaintances who are alive and well and may face charges. Among these acquaintances feature A-listers in the world of fashion.

Some of these personalities are already being placed under the spotlight. In recent editions of Le Figaro, Marie Claire, Huffington Post, Mediapart, and Vanity Fair, the publications point the finger at Leslie Wexner, owner of L Brand (parent company of Victoria’s Secret). Frenchman Jean-Luc Brunel, however, is getting the most heat from the media. The model agent, accused of being one of the main suppliers of trafficked girls to Epstein, is well known in the fashion world. His agency MC2 is based in Miami, but this was not always been the case.

This septuagenarian started his career in Paris, managing the agency Karin Models, where his unethical practices in business were common knowledge, before he was finally denounced by the general public. In the 1995 book ‘Model: The Ugly Business of Beautiful Women’, by journalist Michael Gross, Jean-Luc Brunel was described in these terms: "His problem is that he knows exactly what girls in difficult situations are looking for. Jean-Luc likes drugs and silent rape. That's what excites him." Gross continues on to say: "There was a small group, Jean-Luc, Patrick Gilles and Varsano... They were well known in Paris for doing the rounds of the clubs. They would invite girls and spike their drinks with drugs. Everyone knew that they were sleazy." Zoë Brock, a New Zealand-born model based in Paris during the 90’s wrote, very explicitly, in an article published in 2017: "My agent was called Jean Luc Brunel. He tried to sleep with me when I was a child. He drugged me. It is high time that this came out."

In 2005, the French agent founded his American agency with Jeffrey Muller. According to Mediapart, Jeffrey Epstein then invested 2 million dollars into this new entity. Today, Brunel is accused once again of using his position at MC2 to supply visas to young girls with the intention of supplying them to wealthy friends, including Epstein himself. Brunel denies this, despite an avalanche of corroborating testimonies.

We cannot judge nor condemn. Nonetheless, we can draw up this brief summary: public accusations since 1995 that, to date, have not resulted in a conviction. This could suggest that either the allegations are unfounded, justice still needs to be served (which seems implausible even if one is partial to a conspiracy theory), that the road to justice is long (which is more likely), or that coverups have been made by these wealthy, influential people.

There is no doubt that Jeffrey Esptein's suicide will open up old wounds for the victims. The constant accusations, which public opinion has revelled in for months, will no longer suffice. On social networks, the hypocrisy of revelations without actions or consequences is being denounced, and a cry for justice rises. This time, it is a safe bet that the plaintiffs, with the push from negative public opinion, will go through extensively scrutinised legal proceedings.

In a few weeks, New York Fashion Week will kick off, no longer related to the vindictive hashtag, but rather to the sword and scale of much needed justice.

This article was originaly published on FashionUnited.Fr