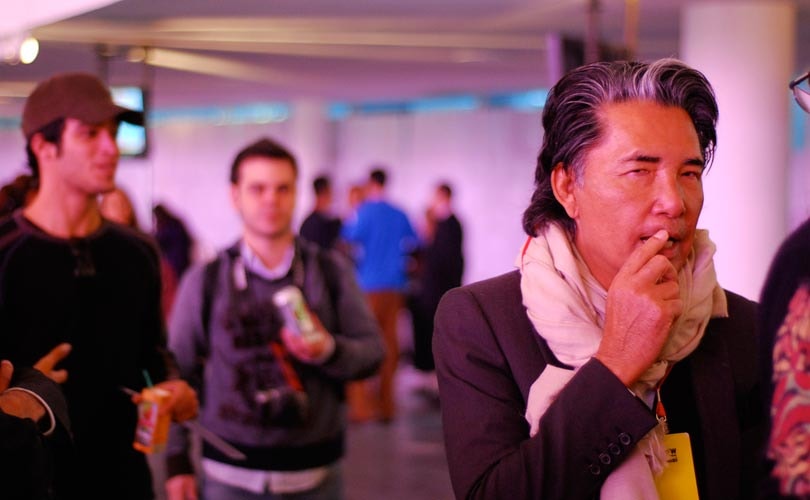 Kenzo Takada, the Japanese designer who retired at the height of his colourful career nearly 20 years ago, wants to show the world how he came up with the pathbreaking designs that helped catapult a wave of Japanese creators onto the Paris stage.

After years of taking time for himself, "I again needed to do something, to work," he told AFP.

"I am very happy, but at times I feel nostalgic." The result is a new book tracing his trajectory since arriving in France as a young man with dreams of bringing his designs to life in the fashion world's beating heart.

"Kenzo Takada," released Wednesday, delves into his French adventure with more than 40 years of sketches, photos and memories, up to his final runway show at Paris' Zenith concert hall.

The highlight is undoubtedly a previously unreleased photo essay taking readers through the creation of an exquisite wedding gown from his fall and winter collection of 1982-83.

His fans get an intimate glimpse of a master at work: A notebook of drawings, Kenzo in his workshop with longtime assistant Atsuko Kondo, a ballet slipper being painted red because time was too tight to scout out the right shoe.

"We started just two days before the show!" Kenzo said in an interview in Paris.

"The theme of this collection was flowers. This wedding dress, draped in garlands of flowers, was the very image of the collection, a sort of symbol," he said.

To perfect the composition, Kenzo dug into a vast collection of ribbons -- old and new, plain or embroidered -- accumulated over the years.

The trademark vibrancy and bold colours of Japan's most famous designer are in many ways the exact opposite of what he found upon his arrival in the French capital.

"I arrived at the Gare de Lyon the evening of January 1, 1965. It was dark and the station was old, dirty, black," he recalled.

"I took a taxi and my first impression of Paris was that it was dismal and bleak. It was Paris, the capital of fashion, the city I had dreamed of, and it seemed so sad," he said.

"But then the taxi went by Notre Dame... it was magnificent."

In letters to his mother he describes bread so good he eats too much and bathing just once a week because the public baths are too expensive.

But he also describes the overwhelming beauty of the flower shops, which were plentiful in Paris but a rarity in Tokyo at the time.

After managing to sell some of his drawings to magazines including Elle, he opened his first shop in the elegant Vivienne Gallery in 1969, decorating it with jungle motifs and calling his brand "Jungle Jap".

"At the time, synthetic fabrics were in fashion in Paris, and the clothes were quite sombre. During a visit to Japan I bought coloured fabrics in cotton," he said.

He also borrowed from the meticulous craftings of kimonos, adding audacious colours while injecting new energy into shows with models who would skip, hop and dance their way down the runway.

With flowing designs that broke with the rigorous lines which dominated couture, he also gave new licence for women's bodies to breathe and move freely.

After pursuing his vision throughout the 1970s and 80s, Kenzo eventually sold his brand to French fashion giant LVMH in 1993, which now focuses on perfumes, skincare and ready-to-wear fashions.

"I think I brought liberty to fashion, in how clothes are worn, how they are moved in, the colours," he said.

"The Kenzo woman is a free woman, beautiful and dynamic."(AFP)