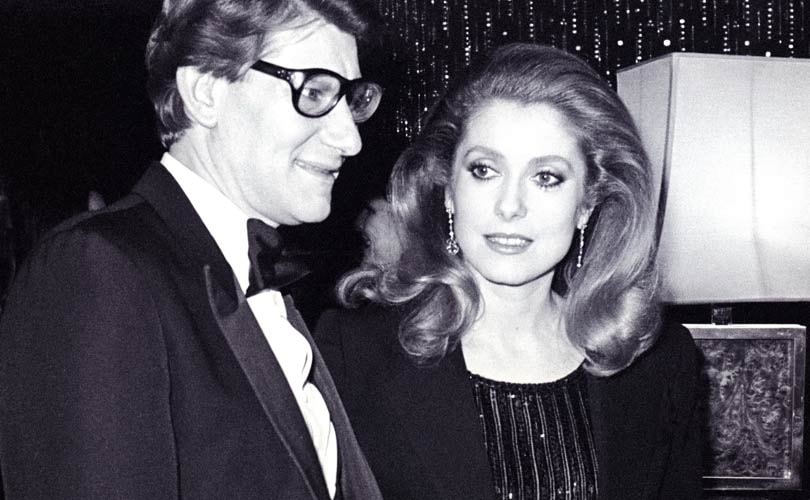 Deneuve, who has just turned 75, said she was selling her country home in northern France where she kept a wardrobe full of Saint Laurent items and had decided to offload some of the clothes too "not without some sadness".

"These are the designs of such a talented man who designed only to make women more beautiful," Deneuve said in a message shared by the auction house Christie's, which will handle the sale.

Around 150 items, including coats, dresses and accessories -- some of them unique pieces designed for Deneuve -- will be auctioned at the end of January during Haute Couture fashion week in Paris.

A second sale of the remaining items is set to take place online afterwards. Deneuve was often described as a muse for Saint Laurent and was a leading figure in the designer's circle of glamorous female friends which included Princess Grace of Monaco, Wallis Simpson and Paloma Picasso.

After meeting when she was only 22, Deneuve enjoyed an intense 40-year friendship with Saint Laurent until his death in 2008, telling him at a major exhibition of his work in 2002 that "my biggest ever love affair is you".

Oscar-nominated Deneuve hit the headlines in January when she signed an open letter objecting to the #MeToo movement that has seen women worldwide go public with allegations of sexual assault and rape over the last 12 months.

The star of the classic 1967 film "Belle du Jour", in which she plays a bored housewife who spends her afternoons as a prostitute, wrote in favour of men's freedom to "hit on" women.(AFP)