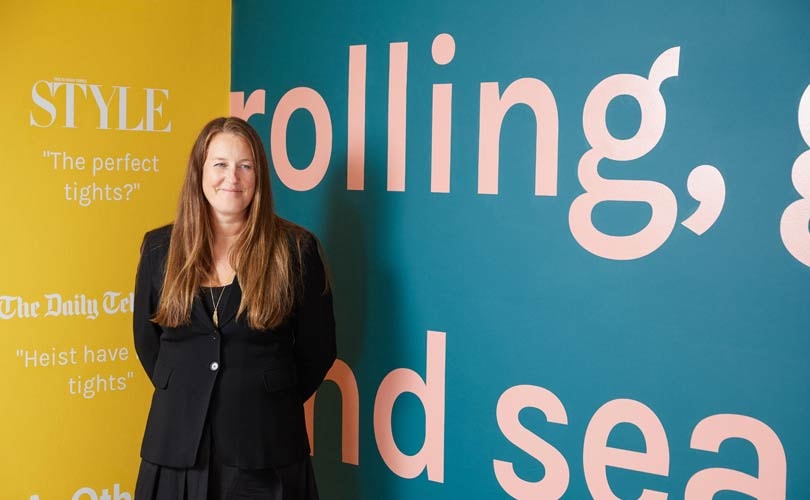 British hosiery and underwear brand Heist, founded in 2015 with the aim of disrupting the 110 billion US dollar global underwear industry, has appointed Fiona Fairhurst as its vice president of innovation.

Fairhurst, rose to fame during the Sydney 2000 Olympic Games as the inventor of a full bodysuit swimwear known as FastSkin that used biomimetic sharkskin technology to enhance performance. Worn by swimmers from over 130 countries during the games, the swimwear set 13 out of 15 world records and contributed to 47 Olympic medals. She then went on to be the lead clothing consultant for the UK Sport Innovation Team for Team GB.

In her new role as vice president of innovation, Fairhurst has been tasked with bringing her expertise in high-performance sportswear to bodywear, to reinvent shapewear for women that Heist states will be “designed to move with their shape, rather than against it,” unlike bodywear currently on the market.

Commenting on her new challenge, Fairhurst said in a statement: “This is an opportunity to turn my career learnings to date into something that helps women every day. Underwear is an under-innovated area that has not, until now, attracted the scientific attention it deserves. Together with our customers and co-conspirators, we are changing that.”

Toby Darbyshire, co-founder and chief executive of Heist, added: “Fiona understands the human body, and how garment innovation can support it, as well as anyone on earth so we're beyond excited to have her build our innovation team and help us shape the future of underwear.”

This appointment follows the opening of the brand’s first physical retail store in London in September, which offers shoppers the opportunity to ‘try-before-you-buy’, a world-first for the hosiery industry. Located on Monmouth Street, the ‘Demostudio’ offer Heist’s entire range of bestselling tights and socks, which have been designed for comfort in mind with no digging in, sagging or restriction of movement.