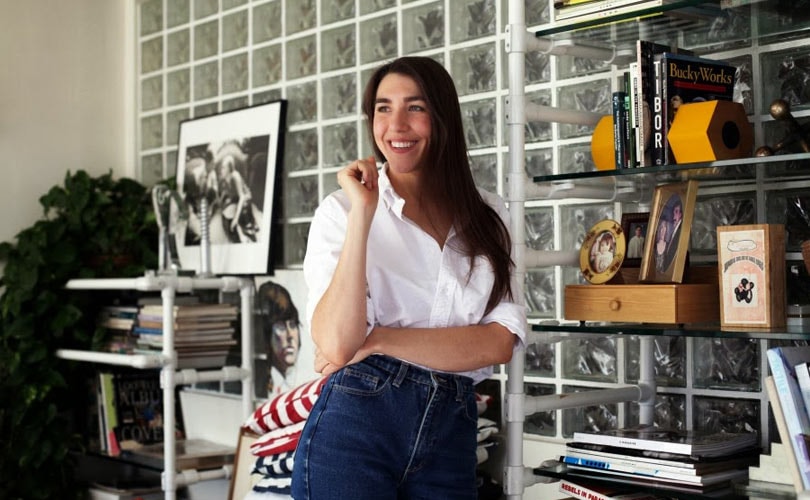 Take the news as you may, but, American Apparel has fired creative director Iris Alonzo again. The former creative director who worked under founder Dov Charney for more than ten years made a very bad name for herself when she supported him in the press after he was accused of sexual harassment. Standing by her former boss’s side clearly has done very little for her career, as she was fired from the brand in summer 2014, although she was rehired in October, only now to be fired again.

To help tame the controversy of her rehiring, American Apparel did everything possible to paint Alonzo as a true saint in the fashion industry. In their press release they praised Alonzo saying her, “long-standing commitment to the core principles which the company was founded on – ethical manufacturing, innovation within the apparel industry, authenticity, creativity and integrity” influenced the decision to rehire her.

It is supposed her removal from her position came as a surprise to Alonzo, as she was interrupted during a meeting yesterday by a human resources executive to be told that she was fired. Alonzo will not be receiving any severance pay, and the reason for her dismissal has yet to be confirmed by any representatives from American Apparel’s PR department. When retail veteran Paula Schneider became CEO three months ago it was clear that there would be some changes at American Apparel, but, this wasn’t one that was easily expected.

With American Apparel having struggled financially for the last several years, suffering over 300 million dollars in losses since 2010 the company was looking for some major overhaul, and Schneider was seen as just the woman for the job, but, it doesn’t seem like she was the cause for Alonzo’s dismissal. Perhaps the company did feel that it needed to go in a new creative direction to help their revenue bounce back. While shares of American Apparel have gained 5.6 percent in the last month it clearly wasn’t enough to prevent Alonzo from being fired.

Part of the reason she may have been let go is because the reason she was reinstated is no longer with the company. While Dov Charney was ousted from his role as CEO he was acting behind the scenes quietly as a consultant to the brand, and was seen as instrumental in orchestrating Alonzo’s return. Once Charney was officially fired there was little support for Alonzo left at the company. Whatever the reason for Alonzo’s departure may remain unclear for weeks, but, this also adds to the game of designer musical chairs as now American Apparel has a creative director position to fill, but who would dare take over the reins of the troubled and controversial brand?