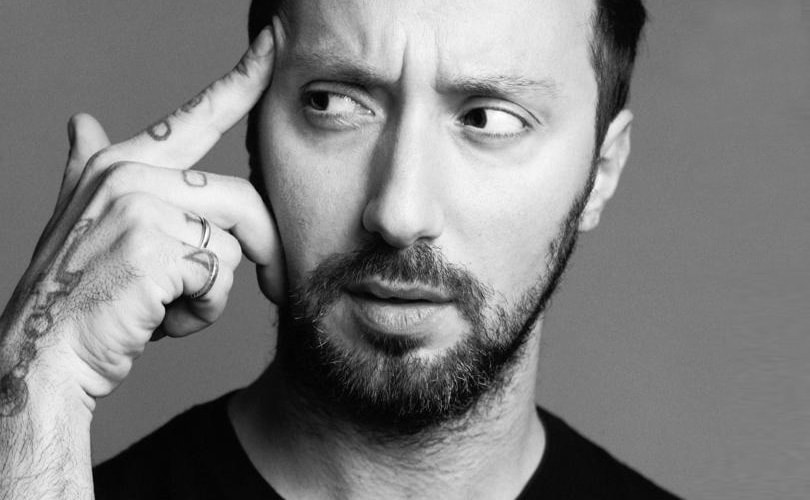 London - Luxury conglomerate Kering has decided to end the wait by confirming the appointment of Belgian designer, Anthony Vaccarello, as creative director of Yves Saint Laurent. The new appointment comes three days after the exit of the fashion house former creative and image leader, Hedi Slimane and will see the Belgian designer taking up the role with immediate effect.

Anthony Vaccarello confirmed as 'the one' for Yves Saint Laurent

An announcement concerning Vaccarello’s appointment at the Kering-held fashion house was expected to be made sometime today, as news emerged the 36-year old designer had exited his role as Creative Director at Versus Versace, the younger, funkier label from Versace this weekend. The designer confirmed his exit from the role and paid homage to his time at the label by posting a photo of himself and Donatella Versace on Instagram. The designer, who previously denied rumours that he was headed for Yves Saint Laurent, is set to unveil his first collection for the French fashion house in October in time for Spring/Summer 2017.

“I am very proud to welcome such a vivid and young force among today’s creative fashion talents to Yves Saint Laurent,” added François-Henri Pinault, chairman and CEO of Kering. “Anthony Vaccarello’s unique style will greatly express the maison’s creative signature and fashion authority, building on the brand’s solid foundations, and further developing it to realise its full potential. Together with the entire Yves Saint Laurent team, Anthony Vaccarello will strongly contribute to the maison’s growing accomplishments.”

Vaccarello, a graduate from the leading institution for arts and design in Belgium, La Cambre in Brussels, first launched his own eponymous brand in 2009, which he started following a two year tenure at Fendi. At the moment it remains uncertain if he will continue working on his brand in conjunction with the new appointment, but sources speculate the designer is to turn his full attention to his new role. He was previously named the grand prize winner of the reowned Hyères International Festival of Fashion and Photography in 2006, and won the prestigious ANDAM Fashion Award in 2011

Best known for his signature little black dress and his sharp tailoring techniques, Vaccarello’s “influences and references strongly recall the soul of the maison,” said Kering in a statement, in which the company chose to refer to the fashion house as Yves Saint Laurent once more, rather than Slimane’s Saint Laurent. “Mr Saint Laurent is a legendary figure for his creativity, style and audacity,” said Anthony Vaccarello. “I am extremely grateful for the opportunity to contribute to the history of this extraordinary house.”