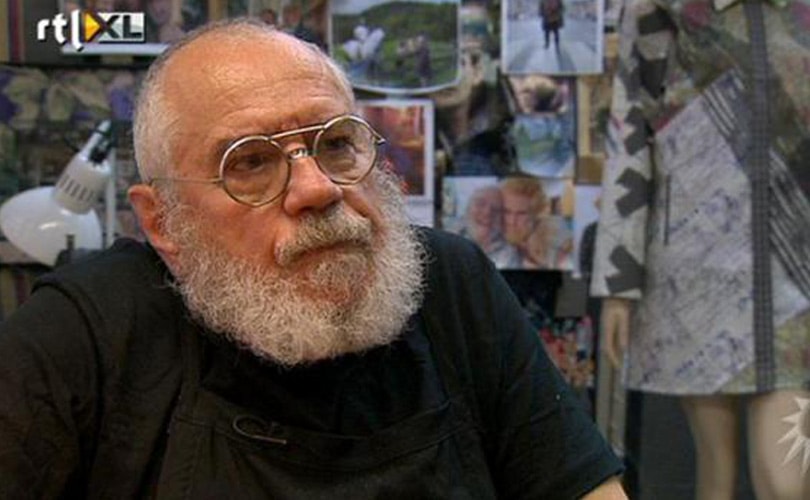 The man behind the iconic sweaters donned by Bill Cosby on 'The Bill Cosby Show,' Koos van den Akker, passed away earlier this week in New York, aged 75, after losing his battle to colon cancer.

Van den Akker became responsible for developing the unique look of the main character on show and created the well-known colorful, patchwork sweaters - something which occurred completely by coincidence. At the time, a fellow actress on the show asked the Dutch designer to create a sweater for Bill Cosby as a birthday gift. The actor was so pleased with the gift that he went on to wear it on set and then shortly afterwards contacted Van den Akker to request for more knitwear.

After his break through in the eighties, Van den Akker went on to open a store on Madison Avenue in Manhattan, New York, where he continued to work until his death on his unique patchwork creations. His designs influenced a number of designers, such as Geoffrey Beene, Marc Jacobs and Nicolas Ghesquière and could name celebrities such as Stevie Wonder, Brooke Shields, Cher and Elizabeth Taylor among his clientele.

The Hague born designer first studied at the Royal Academy of Fine Arts, before moving to Paris to start out as a fabrics seller at Galerie Lafayette. In the evenings he attended Ecole Guerre-Lavin and later went on to work at esteemed French fashion house Christian Dior.

"I've always thought that the Netherlands was a rotten country," said Van den Akker in an interview with the NRC magazine back in 2011, discussing how he first tried to start his label in his home country. "Dutch women knew little about fashion during my era as well. The only customers I had were diplomats wives. When I was thirteen years old, or so, I saw the tv show 'How to Marry a Millionaire.' I knew then that I would go to America."

Once he moved to New York, he went on to open a string of stores throughout the state, as well as one in Beverly Hills. By the 1970s, his sweaters were being sold in a number of store throughout the country, including Bonwit Teller, Saks Fifth Avenue and Marshall Fields. After the brands hay days, business slowly began to decline, and things became worse for the company when Van den Akker's close friend and business partner John passed away. The designer then sold his company to the Dutch designer Peter de Wilde. When he passed away two years later, Puck Meunier took over the store and brand. "I am the soul behind everything, but it's her store," said Van den Akker at the time.

Meunier aims to host a party in the late designer's honor next month, in his workroom on Madison Avenue. "He would have liked to have a party, not a funeral," she explained to WWD, noting that Van den Akker's two long term assistants will continue work on the collections. "His designs will go on. His inspiration is still around."