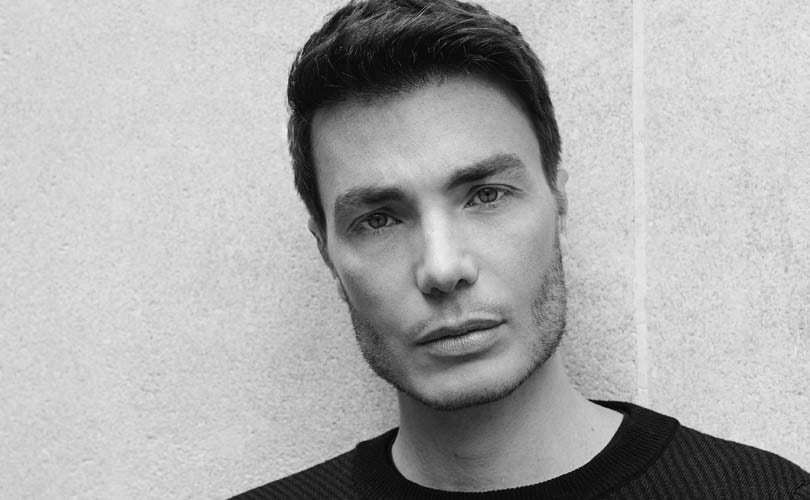 French fashion house Paule Ka has appointed Maxime Simoëns as its new artistic director with the goal of developing and enriching the brand’s French “stylistic vocabulary”.

Simoëns joins the contemporary label from Azzaro, where he served as the brand’s artistic director, overseeing the ready-to-wear lines fro men and women, as well as haute couture since 2017.

In a statement, the ailing French label, which was acquired by businessman Xavier Marie in 2017, said it had found the “talent required” in Simoëns to allow the fashion house to embark on a “new chapter” and build upon the brand’s 30th anniversary last year.

“When I bought Paule Ka 18 months ago, I asked its founder Serge Cajfinger to help me get this beautiful Fashion House back on the right track for its 30th birthday,” said Xavier Marie in a statement. “After a year-long search, I am delighted to have found the artistic director who has the talent required to continue and complete the revitalisation process at Paule Ka.”

Marie added: “Maxime and I share a vision of a brand that’s ultra-feminine, glamorous, celebratory and inspired by French culture.”

A graduate of the Chambre Syndicale de la Couture Parisienne and the École des Arts Décoratifs, Simoëns made an early impact on fashion after being added to the Hyères International Festival of Fashion and Photography shortlist in 2009, which he followed up with his debut at Paris Fashion Week in October of the same year.

From 2011-2012 he worked as artistic director at Léonard, before joining menswear line M.X Paris in 2015, which he continues to show every season during Paris Fashion Week.

Commenting on his new role, Simoëns said: “Like Serge Cajfinger, I come from Lille. So I’d known about Paule Ka for a long time. What I loved about the brand’s identity is that it supports all the diverse women of today with a wardrobe that reflects their multi-faceted complexity.

“The garments are ideal for both a working woman and a woman seeking glamour and elegance. I also liked the fact that the brand’s workshop in the heart of Paris has provided expertise and creativity worthy of the major fashion houses at accessible prices for many years.”

Simoëns is expected to show his first collection for Paule Ka during Paris Fashion Week in September.

Founded 30 years ago, Paule Ka is an independent French fashion brand producing luxury ready-to-wear garments for women with an emphasis on timeless Parisian style. The French label is sold in 37 countries, with 320 outlets and 90 boutiques and shops-in-shops.