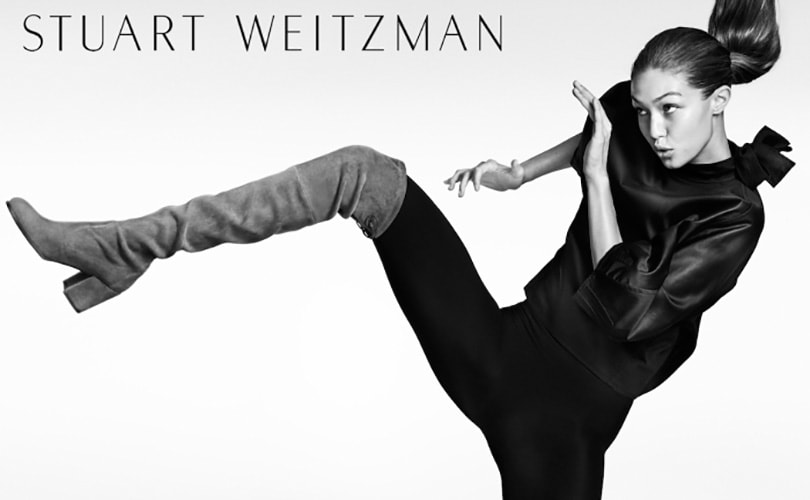 Morelli joins Stuart Weitzman from Loewe, where he has been leather goods design director, men's and women's (non-apparel) since March 2015. Prior to that, the accessories designer led all the design teams for non-apparel including footwear at Chloé and previously worked at Marc Jacobs and Burberry.

Commenting on his successor, Weitzman, said: ”In Giovanni, we have found a creative director who will ensure that the unique DNA of the brand will be preserved while infusing his creative vision for a modern age.

“Giovanni is respected for his attention to detail, respect of quality and craftsmanship and for his modern sensibility that is always pushing new design boundaries."

Morelli will report to Wendy Kahn, who was confirmed as the label’s new chief executive officer and brand president in July. Kahn will succeed Wayne Kulkin, the brand’s current chief executive, who will now become a consultant to Coach, on September 13, 2016. She joins from Valentino Fashion Group, where she currently holds the position of chief executive officer – Valentino, USA, and V.F.G., USA, and Canada, with full oversight of this subsidiary across all channels and areas of the business.

Stuart Weitzman to step down as creative director to become chairman

"Stuart Weitzman founded this leading American luxury designer footwear brand nearly 30 years ago and we are delighted that he will remain as executive chairman through May 2017, before moving to a Chairman role. Stuart has been my partner in finding his own successor, and his continued presence will ensure a seamless transition."

Coach acquired women's luxury footwear designer and manufacturer Stuart Weitzman from private equity firm Sycamore Partners in May 2015. The footwear and accessories label operates 75 retail stores across the United States and in Europe. In addition, it is also sold through licensed international stores and international shop-in-shops, fine retailers and specialty stores and e-commerce sites in the US, Canada, Europe and Hong Kong. Stuart Weitzman is sold in more than 70 countries.