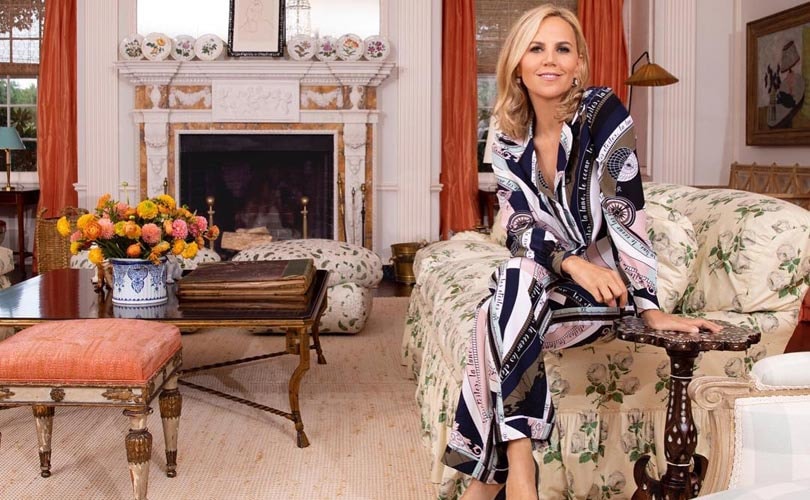 American fashion and lifestyle brand Tory Burch has confirmed that Pierre-Yves Roussel, former chairman and chief executive of the LVMH Group, has been named as its new chief executive officer, and will be joining the business in early 2019.

Roussel, who is married to Tory Burch, will be based out of the label’s New York headquarters, where he will work in partnership with his wife to “lead and implement the company’s global strategy with a focus on operations”.

He will replace his wife in the role, who is currently chief executive officer and Burch will assume the role of executive chairman and chief creative officer. In addition, he will also join and report to the company’s board of directors.

Commenting on the appointment, Tory Burch said in a statement: “There are very few leaders in the industry who have both a commercial track record and a deep admiration for the creative process. I respect what he has built at LVMH and value the way he thinks about business, luxury and the fashion industry as a whole.

“He also shares my belief in the importance of a culture-led company. We have a strong management team in place and Pierre-Yves is a natural fit as we continue to focus on long-term growth and global expansion.”

Roussel, added: “I’m very excited to have the opportunity to join such an iconic lifestyle brand with a unique and authentic identity. Under Tory’s leadership, the company has had unprecedented success and is well positioned for long-term growth globally.

“From day one, investing in creativity and innovation has always been a strategic priority for the company. I look forward to working with Tory and her team to build on these investments and execute the business strategy.”

Roussel was chairman and chief executive of the LVMH Fashion Group for the last 15 years and a member of the LVMH executive committee. During his time at LVMH, he successfully led the repositioning and global development of the fashion brands portfolio of the group including, among others, Celine, Givenchy, Loewe and Pucci.

Launched in February 2004, the Tory Burch label embodies the personal style and sensibility of its founder, and includes ready-to-wear, shoes, handbags, accessories, watches, home and fragrance. There are more than 250 Tory Burch boutiques across North America, Europe, the Middle East, Latin America, Asia and Australia, and the collection is available at over 3,000 department and specialty stores worldwide and online.