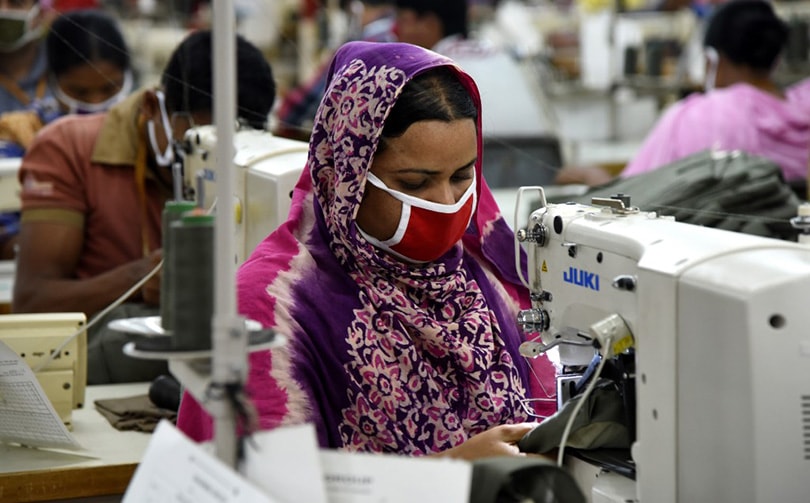 Bangladesh commerce minister Tipu Munshi has called on the UK government to take action to stop retailers cancelling orders and prevent the potential widespread closure of factories that it could lead to.

Bangladesh, which is the world's second largest garment exporter behind China, employs approximately four million workers in around 4,000 factories.

The country has been in lockdown since 26 March, forcing workers to go without work and without the government support offered in countries like the UK.

Fashion retailers have come under heavy criticism since the outbreak of Covid-19 after many revealed they would be cancelling large orders from suppliers.

“The factories may collapse. They will not be able to pay key costs and may not be able to run again. That’s a major problem,” Munshi told ITV News. “The British government should take care of this. They have a responsibility. In our country, the government has taken positive steps to support [garment factories]. The UK should have to support the retailers also, so there is a stimulus, so they can take this load to support us."

An estimated 2.5 billion pounds of orders have been cancelled to date by retailers such as Arcadia, Frasers Group, Asda, Debenhams, New Look and Peacocks.

Marks & Spencer and Primark both confirmed last week they would be paying for all placed orders, while New Look, which cancelled 20 percent of its orders from the country shortly after closing its stores, told ITV it has now reinstated some orders.

A New Look spokesperson said: “We regrettably had to inform suppliers we could not place new orders and would be temporarily postponing outstanding payments. We only did so out of absolute necessity. We have started making some supplier payments where we are able to do so.”