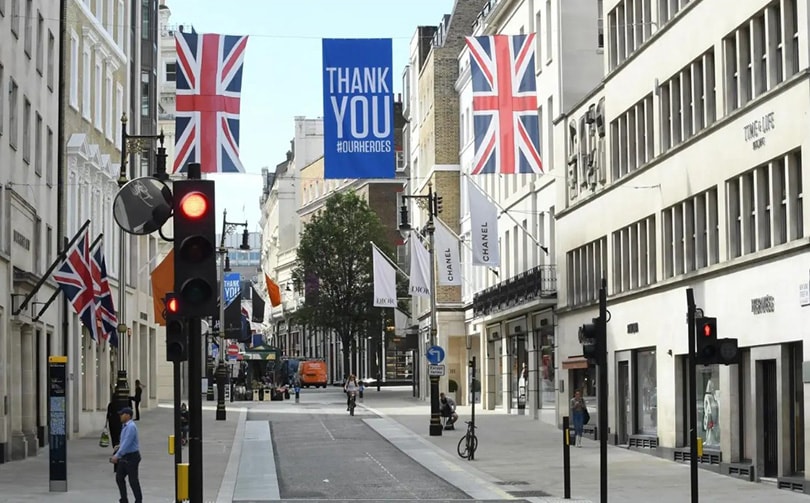 An investigation led by the Evening Standard shows the economic impact of Covid-19 on London is both disastrous and the worst in a generation. With 50,000 West End retail and hospitality jobs at risk and hundreds of thousands of businesses affected, total spending is down 50 percent by 5 billion pounds as a direct result of the coronavirus lockdown.

Nickie Aiken, Conservative MP for the Cities of London and Westminster, told the Evening Standard: “Central London is usually first out of the traps after of a recession. But the conversations I’m having suggest this time it will be one of the last regions to recover — and that’s important because it is the engine of the whole UK economy.”

Retailers depend on commuters and tourists

Many businesses dependent on office worker and tourist spending are warning that they have never known a downturn of the severity of the current slump and central London’s 200 billion economy — about 10 per cent of Britain’s entire GDP — is at grave risk, said the Standard.

The New West End Company, which represents businesses in Oxford Street, Bond Street and Regent Street, said that after a spike on June 15, when “non-essential” shops reopened, numbers of shoppers in the areas are still massively down on usual. Its own internal data — as reported by the Evening Standard— shows footfall in the West End and Mayfair is down 74 percent since all retail reopened.

London is the world’s number one luxury destination

“London isn’t only the country’s shop window for luxury, it’s the world’s number one luxury destination: its unique blend of high-end retail, art galleries, auction houses, theatres, restaurants and hotels as well as its history and heritage create a rich cultural and civic eco-system unrivalled anywhere else in the world. British luxury brands – of which many are SME’s – are worth 48 billion pounds to the UK economy, contribute strongly to the Exchequer, and encourage visitors to the UK to spend around 4.5 billion pounds here each year,” said Helen Brocklebank, Chief Executive of Walpole.

“The Chancellor’s recent fiscal packages – not least support for jobs and help for hospitality and tourism – are hugely welcomed by Walpole, but without a boost for the retail sector – suffering from low consumer confidence and greatly reduced footfall – recovery will be delayed and have an otherwise avoidable impact on employment. In addition, we need a package of measures tailored to support London’s retail, hospitality and cultural businesses.”

Above all, shoppers and visitors need to feel they can enjoy London with complete confidence and the government urgently needs to restore the reputation of the UK as a safe place to visit.