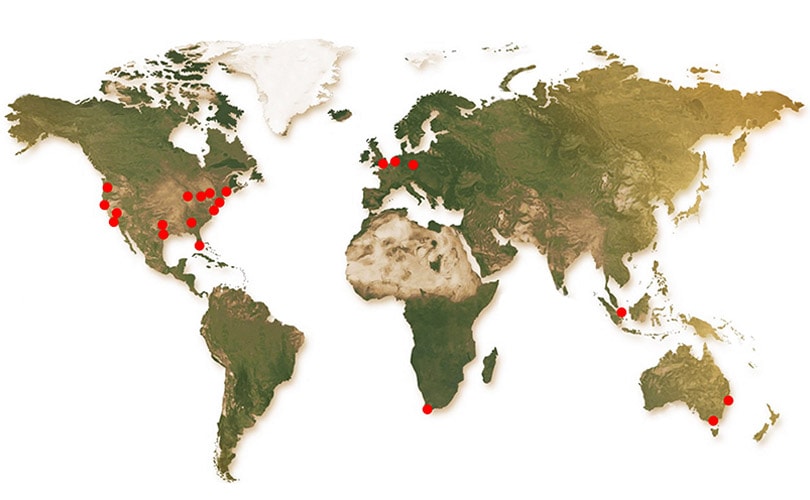 Kanye West is at it again with the pop-up shops. This time, he will be taking them global too. The rapper has announced that 21 "Life of Pablo" merchandise stores will be open this weekend in cities such as New York, Amsterdam, London, and Los Angeles just to name a few.

14 of the 21 stores will be in major U.S. cities. Currently, on West's website there is a map with red dots indicating where the stores will be across the globe.

After a successful endeavor with his "Life of Pablo" merchandise shop in March in New York City, West has decided to expand his pop-up concept. Shoppers were lined up for his pop-up shop in March, and virtually everything sold out.

"Life of Pablo" stores to open in 21 cities this weekend

In addition to his pop-up store concept, the rapper also recently announced that he will be debuting his Yeezy Season 4 collection at New York Fashion Week next month. The debut of the line will immediately follow his Saint Pablo tour stop at New York's Madison Square Garden. Further details for the show are expected to be announced in the weeks to come.

West is known for selling out his items at retail value, and the Life of Pablo stores will probably continue to follow that trend.

Each pop-up store will offer t-shirts and hoodies with it's matching city's name emblazoned across them in the gothic-inspired script created by California artist Thornhill DeWitt.

If you want to get your hands on some of the "Life of Pablo" merchandise, you might need to start camping out tomorrow.