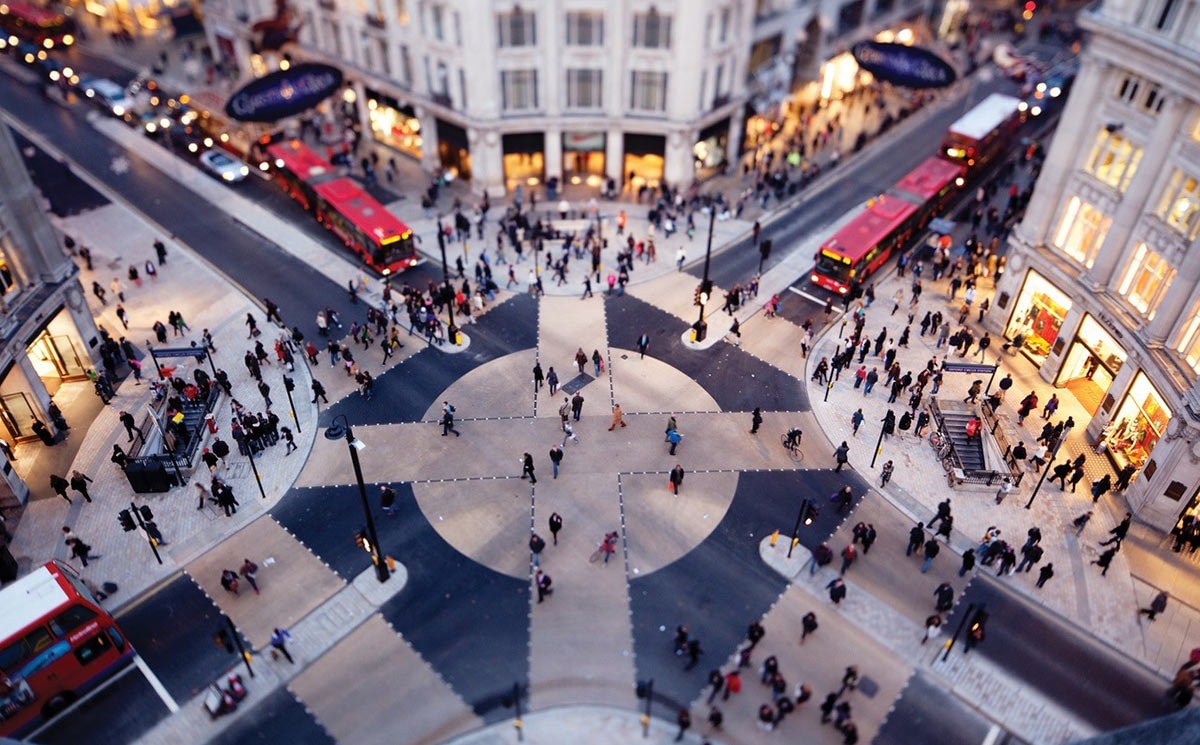 Work has begun on an “ambitious” renovation of London’s Oxford Street and the surrounding area.

Westminster City Council announced plans last month to “revive” the luxury shopping hotspot which has been hit hard by store closures and plummeting footfall during the pandemic.

The council said it has already invested 150 million pounds into the project, which is expected to last for over five years.

Work has now started on a series of temporary interventions that aim to boost footfall and support businesses when stores are allowed to reopen next month.

The temporary measures, which are due to be completed by late Spring 2021, will create more space for people, add trees and greenery, new seating, cycle parking, and pocket parks throughout the Oxford Street District.

Rachael Robathan, the leader of Westminster City Council, said the new measures will “pave the way for an economic recovery”.

“The pandemic has been a hammer blow for retailers and Oxford Street has suffered as much or more than any other high street in the country,” she said in a statement. “Today is significant, because the talking is done and work is underway. It is critical that we act urgently to restore confidence in the nation’s favourite shopping district.”

The temporary interventions will be closely followed by other permanent works across the district, delivered by the council and in partnership with key stakeholders.

Robathan continued: “This is just the start. Our Oxford Street District Framework lays out a plan for the successful long-term future for the nation’s high street, as the greenest, smartest, most sustainable district of its kind anywhere in the world.”