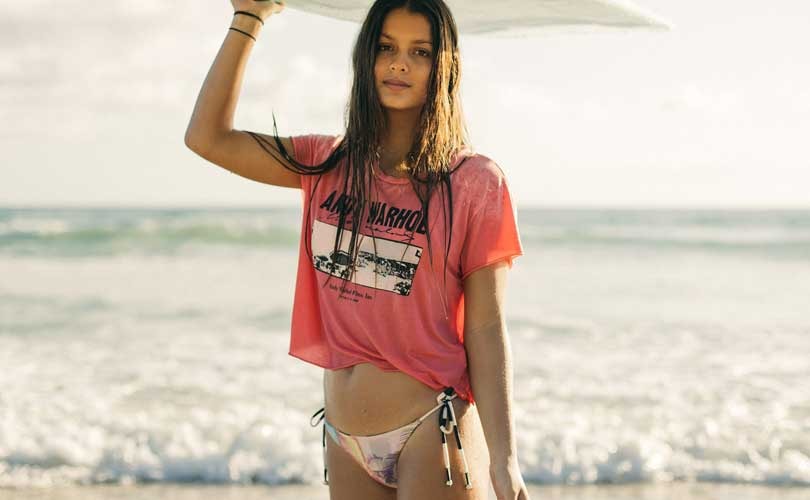 “We had three core objectives for H2: continue the turnaround in our largest market of the Americas, expand comparable gross margins across all of our regions – a key indicator of brand health – and reduce the cost of doing business (CODB). We hit all three of those targets,” said Billabong Chief Executive Officer Neil Fiske, in a media release, adding, “These results reflect the tangible progress we are making in implementing our turnaround strategy in all regions, particularly in the Americas and Europe.”

Financial highlights of the year under review

In the second half, Billabong’s EBITDA of 27.2 million dollars was up 50.1 percent cc and 41.1 percent as reported. The company reported a net loss before tax of 8.4 million Australian dollars (6.7 million dollars), excluding significant items and discontinued businesses.

Review of Billanbong results across its core markets

The Americas, Billabong said, delivered a vastly improved set of numbers, highlighted by EBITDA increase of 46.9 percent prior to global allocations, gross margin expansion of 290bps for the year and 380bps in the second half, total comparable retail sales up 8 percent excluding Sector 9 and brick and mortar store sales up 2.3 percent. The company said, CODB in the region was down 4.9 percent and 7.6 percent as reported, adjusted for Sector 9.

In Asia-Pacific, the company said, weak Australian retail market dragged on the result. Retail comparable store sales were down 5 percent and retail gross margins were behind FY16 by 210bps due to higher promotions and clearance markdowns. Asia Pacific EBITDA before global allocations dropped 9.2 million Australian dollars (7.3 million dollars), or 28.3 percent, on an 8 percent revenue decline. Despite weak wholesale results, in Australia, wholesale margins, however, improved substantially over the year from 70 basis points down in H1 to 450 basis points up in H2.

Europe delivered its fourth consecutive year of EBITDA growth, up 8.9 percent for the year before global allocations, on the back of a strong second half. Sales were down 1.6 percent for the year, but up 2.8percent in the second half. On a comparable basis, gross margins were up 60bps in the second half and 40bps for the full year. The UK market overall struggled after the Brexit decision, and was a drag on comparable store sales, which were down 2.5 percent.

However, excluding the UK, retail comps in Europe were up 0.4 percent for the year. Ecommerce performed strongly, growing 27.5 percent. Total comparable retail sales for the region were up 0.4 percent and wholesale revenue was up in H2 by 4.6 percent, with the year down 2.4 percent overall.

The big three brands of Billabong, RVCA and Element continue to expand their consumer engagement, with global social media followership for the Group’s brands, athletes and ambassadors up 42 percent yoy to 36.9 million.

Looking forward to the 2018 financial year, Billabong expects the composition of the earnings will continue to be weighted towards Asia Pacific and retail in the first half, and towards the Americas and Europe in the second half. In FY18 the group expects to show further progress in the Americas and Europe, although circumstances that have impacted the Asia Pacific performance in FY17 are expected to continue to weigh on trading in that region, especially in the first half.

Overall, the group expects FY18 EBITDA (excluding significant items) to exceed FY17 EBITDA of 51.1 million Australian dollars (40.7 million dollars), subject to reasonable trading conditions and currency markets remaining relatively stable. Given the increasing proportion of earnings represented by the Americas and Europe, the earnings profile for FY18 is expected to be similar to FY17, with the first half EBITDA below the prior corresponding period and all the growth biased towards the second half.