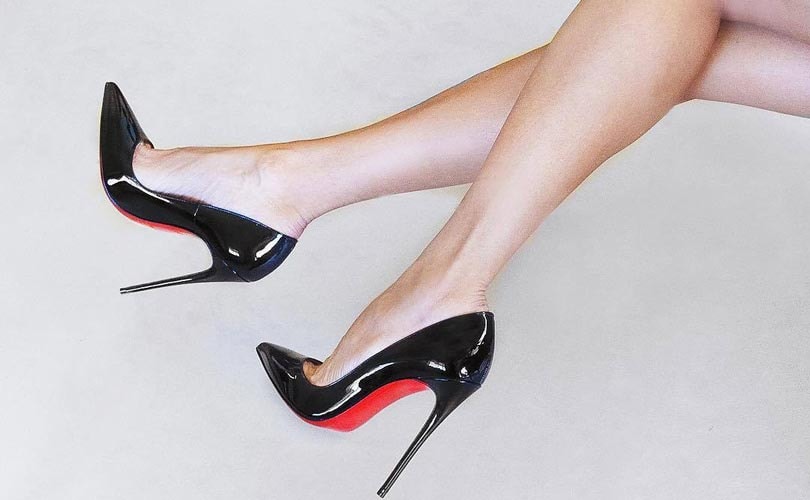 The EU Court of Justice has ruled in favor of Christian Louboutin in a legal battle between the French designer and Dutch footwear retailer Van Haren, which started selling stiletto shoes with red soles in 2012. The highest European court recognized the red soles as a trademark protected by Louboutin’s company.

According to European law, the shape of a product cannot be trademarked. Van Haren then argued that the color of a shoe’s sole is part of the product’s shape. But the highest European Court did not agree:

“A mark consisting of a color applied to the red sole of a shoe is not covered by the prohibition of the registration of shapes”, said the EU court in its binding decision. The case will now go back to a Dutch court, which had sought advice from the EU Court of Justice about the matter.

”The red color applied on the sole of a woman’s high heel shoe is a position mark, as Maison Christian Louboutin has maintained for many years”, said Louboutin in a statement.

This is not the first time Louboutin has won a legal battle over its iconic red soles. Last month, the Paris Court of Appeal also granted the French designer exclusive rights over the use of color number 18.1663TP from Pantone’s color chart. Parisian leather goods store Kesslord, which also sold stilettos with red soles, requested Louboutin’s trademark to be nullified, but the court decided in favor of Louboutin and sentenced Kesslord to pay the luxury fashion label 7,500 euros.

In 2012, a New York court backed Louboutin in a legal dispute against Yves Saint Laurent, awarding Louboutin the right to trademark protection over the red soles, “except if the rest (of the shoe) is the same color”.