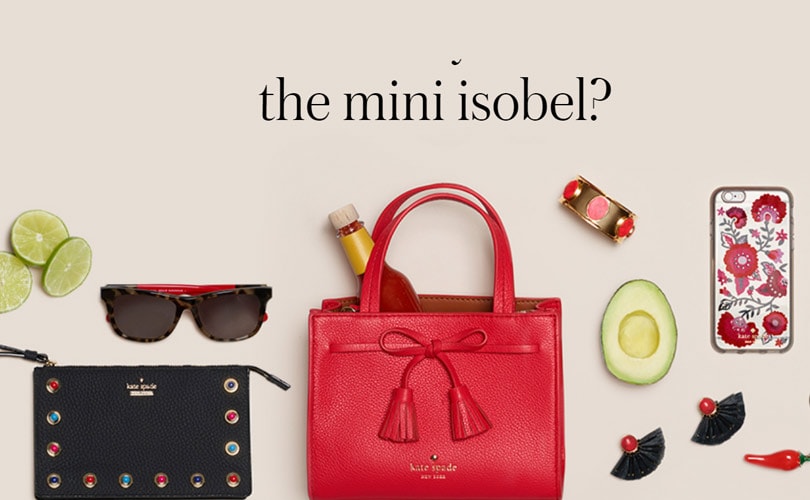 In May, Coach Inc (NYSE: COH) made a 2.4 billion dollars offer to acquire rival Kate Spade (NYSE: KATE) and now is granting the soon-to-be-acquired company an extension. Originally, Kate Spade´s stakeholders had until June,23 to decide on taking or leaving the deal.

Last month, Coach filed with the Securities and Exchange Commission (SEC) saying that its 18.50 dollars per share offer will expire on June 23, unless extended. Now, house before that time expired, the buying party is extending its offer, which implies a premium to Kate Spade´s stock's current market price.

Coach’s owned subsidiary, Chelsea Merger Sub Inc., has extended the expiration of its previously announced tender offer to purchase all of the outstanding shares of common stock, par value 1 dollar per share, of Kate Spade & Company, at a price of 18.50 dollars per share, net to the seller in cash, without interest thereon and less any applicable withholding taxes until 5:00 p.m., New York City time, on July 10, 2017, unless further extended or earlier terminated.

As explained by Coach, “The offer has been extended to allow additional time for the expiration or termination of the waiting period under the Japanese Act on Prohibition of Private Monopolization and Maintenance of Fair Trade (Act No. 54 of April 14, 1947, as amended), which is expected to expire on July 2, 2017. All other terms and conditions of the offer remain unchanged.”

“The depositary for the Offer has advised Coach and Purchaser that, as of 5:00 p.m., New York City time, on June 22, 2017, 19,310,859 Shares have been validly tendered pursuant to the Offer and not properly withdrawn,” revealed Coach in a corporate release on Friday.

Coach's offer includes all the outstanding shares of Kate Spade's common stock, with a par value of 1 dollar per share. According to analyst´s calculations reported by Bezinga, the acquisition of Kate Spade could be at least 32 cents per share accretive to Coach's fiscal 2020 earnings based on a conservative assumption of 50 million dollars in cost synergies.

In fact, this analyst's 55 dollars price target on Coach's stock is based on an 18x multiple on his fiscal 2019 earnings per share estimate of 2.77 dollars plus 32 cents per share in accretion. Meanwhile and since Perhaps more important, since the acquisition was announced, the Street didn't move their consensus estimates on Coach higher at all which implies the merger will generate further upside versus current expectations.