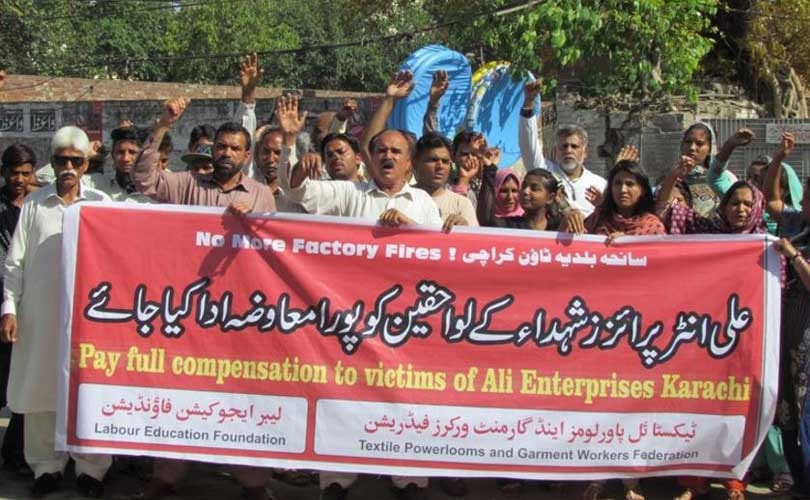 Five years after Ali Enterprises fire, not much has changed in Pakistan's garment industry

While after the Rana Plaza building collapse near Dhaka in April 2013, all focus has been on Bangladesh and laudable initiatives like the Bangladesh Accord on Fire and Building Safety and the Alliance for Bangladesh Worker Safety, another anniversary passed by almost unnoticed: the deadly fire at Ali Enterprises close to Karachi on 11th September 2012 that killed more than 250 workers. Reason enough for the Clean Clothes Campaign to take stock about garment worker safety in Pakistan.

"As we remember this tragedy, our thoughts are with the families that lost loved ones and of those that lived through these horrific events. Taking stock five years on, Clean Clothes Campaign fears that, in absence of credible and transparent safety inspections, garment factories in Pakistan remain unsafe workplaces. This means that thousands of workers continue to face daily risks of being injured or killed at work," states the Clean Clothes Campaign in its press release. 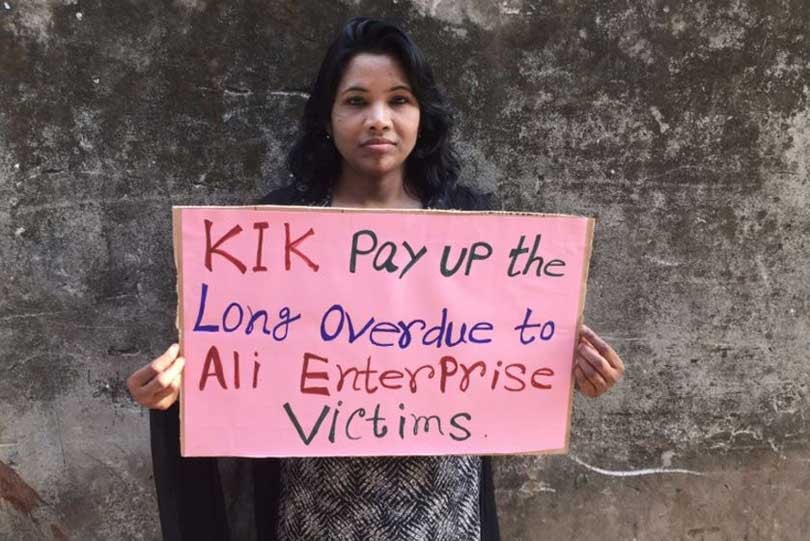 Part of the problem is an 'audit and ignore' system of inspections that has continued since the fire at Ali Enterprises. In fact, only weeks before the tragic incident in 2012, the factory was granted SAI8000 certification as a result of an audit carried out by RINA, a private auditing company, which included a check on safety standards. Despite this clear failure of the mainstream auditing and certification practices, the garment industry in Pakistan continues to rely on the same ineffective systems and auditing firms.

"The Pakistani garment sector is in dire need of accountable inspections that conform with international standards and are embedded in a system that is suitable to the national situation, to prevent its factories from being death traps to the workers employed in it," demands Karamat Ali of the Pakistani Institute of Labour Education & Research (PILER).

"The Bangladesh Accord for Fire and Building Safety proves that it is possible to swiftly move from the classic 'audit and ignore' to a successful system which aptly inspects and remediates. Until Pakistan implements its own system of credible, transparent and accountable safety inspections that include financial commitments from brands for inspection and remediation, workers lives remain at risk," states Ben Vanpeperstraete of the Clean Clothes Campaign.

Another problem is that apart from German apparel discounter KiK - whose labels were found among the rubble and who continues sourcing in Pakistan - no other international buyer has come forward in support of the victims and their families, not to mention Bangladesh-like cooperation to create a legally binding, credible and transparent system of safety inspections based on international building safety standards.

Though KiK recently created a safety programme, it is "opaque and provides no accountability mechanisms" according to the Clean Clothes Campaign. "KiK should know from experience that the kind of unaccountable auditing that it relied on before the Ali Enterprises fire does not create safe factories. The company should learn from its past and help create mechanisms that are reliable and transparent," finds Nasir Mansoor of the Pakistani National Trade Union Federation (NTUF).

Even five years after the fire at Ali Enterprises, the affected workers and their families are still waiting for full compensation. However, on the eve of the fourth anniversary of the fire, global stakeholders came to an agreement to organize compensation for loss of income and medical costs for the affected families. As part of this agreement KiK has paid over five million US dollars, to be distributed through an ILO-organized process, but the payments have not yet commenced.

The five year anniversary shows that it takes serious involvement from all stakeholders along the global supply chain before change can be expected. Saeeda Khatoon, who lost her son in the fire, speaks on behalf of the Ali Enterprise Factory Fire Affectees Association when concluding: "We lost our family members in this deadly fire five years ago, now it is time for us to receive the agreed upon compensation. Brands should respect the rights of workers, including the right to a safe workplace."