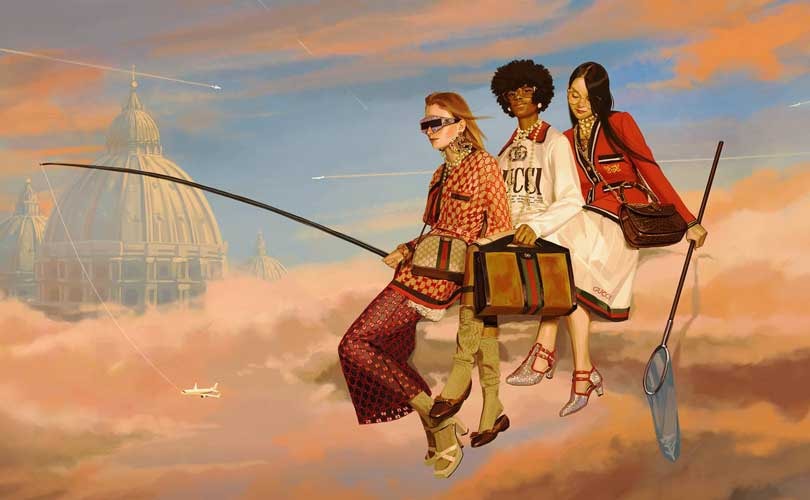 “Kering maintained its outstanding sales momentum in the first quarter. Under its new luxury pure player profile, the group clearly outperformed a market that remains well oriented. Gucci, Saint Laurent and Balenciaga set a high mark within a group that delivered sharp growth as a whole. In the balance of the year, we face a high base of comparison and a tough currency environment, but we are confident in the ability of our houses to continue doing better than their peers," said François-Henri Pinault, Chairman & CEO in a statement.

Kering said, Gucci had another excellent quarter across the board, posting revenue of 1,866.6 million euros (2,280.2 million dollars), up 37.9 percent as reported and 48.7 percent on a comparable basis. Sales in its directly operated stores, where all product categories and nationalities recorded double-digit growth, rose 50.4 percent on a comparable basis. Revenue posted sharp increases in all geographic regions, particularly North America, up 64.4 percent and Asia Pacific, up 49.4 percent. Gucci’s online sales, driven by the US, reported triple-digit growth, while wholesale revenues grew 43.6 percent.

With revenue of 408.2 million euros (498.6 million dollars), up 12 percent as reported and 19.6 percent on a comparable basis, Yves Saint Laurent continued its growth momentum. Sales in directly operated stores rose by 15.5 percent, driven by 27 percent revenue rise in North America, 23.6 percent in Asia Pacific and 22.9 percent in Japan. Wholesale sales for the quarter increased 32.3 percent, driven by Western Europe.

Bottega Veneta delivered revenue of 261.2 million euros (319 million dollars), down 6.8 percent reported and up 0.7 percent on a comparable basis. Sales in the directly operated store network rose by 1.7 percent, led by 10.6 percent growth in North America, 5.8 percent in Asia Pacific, and 6.1 percent in Japan.

Revenue from the other houses amounted to 463.3 million euros (565.9 million dollars), up 31 percent as reported and 37.9 percent on a comparable basis, with all geographic regions contributing to comparable growth. The company added that sales from couture & leather goods rose sharply, driven by an excellent performance from Balenciaga, while Alexander McQueen maintained positive trends across all regions in its directly operated store network. The “corporate and other” segment delivered strong revenue growth this quarter, due to to Kering eyewear’s increased contribution.