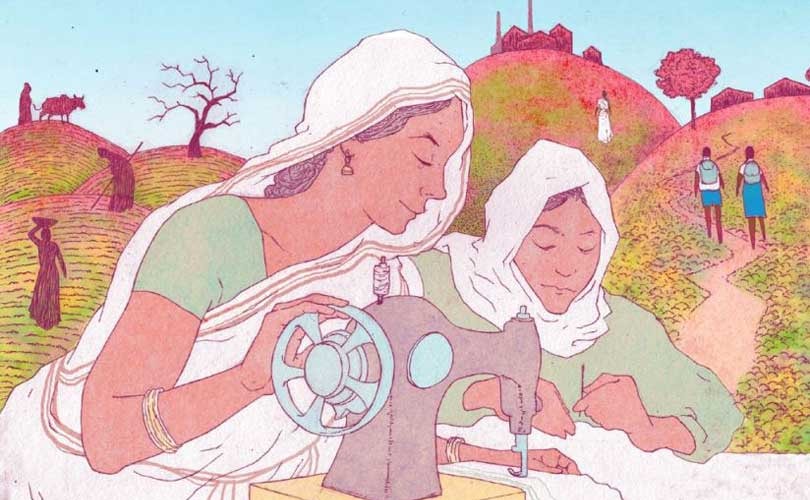 Higher wages in China could lead to 1.5 million new jobs in South Asia

One man's loss is another man's gain - in this case another woman's. In view of rising wages in China, the global garment industry is looking for cheaper production alternatives in South Asia. According to a new World Bank report titled "Stitches to Riches: Apparel Employment, Trade and Economic Development", this could mean 1.5 million new jobs if labour costs in China rise by just 10 percent. And this would benefit women who make up a majority of garment workers in some South Asian countries as half of those estimated jobs would go to them.

"Apparel manufacturing presents the poor with job opportunities in South Asia. It also has a unique ability to attract female workers. Employed women tend to have fewer children, reducing population growth, and several studies have found that women are more likely to dedicate their income to the health and education of children."

While China is still dominating the global apparel market with a share of 41 percent to that of 12 percent for South Asia, sourcing in China is becoming increasingly costly for important export markets like the US and EU that are already scouting for alternatives.

Looking at regions, the report finds that the Southeast Asian countries (Cambodia, Indonesia and Vietnam) are outperforming the South Asian ones (Bangladesh, India, Pakistan and Sri Lanka) in terms of overall apparel export performance, product diversity and non-cost related factors important to global buyers. Assuming an increase of labour costs in China by 10 percent, South Asian country exports to key markets like the US and EU would increase by 13-25 percent while the Southeast Asian countries would fare even better, with a 37-51 increase. 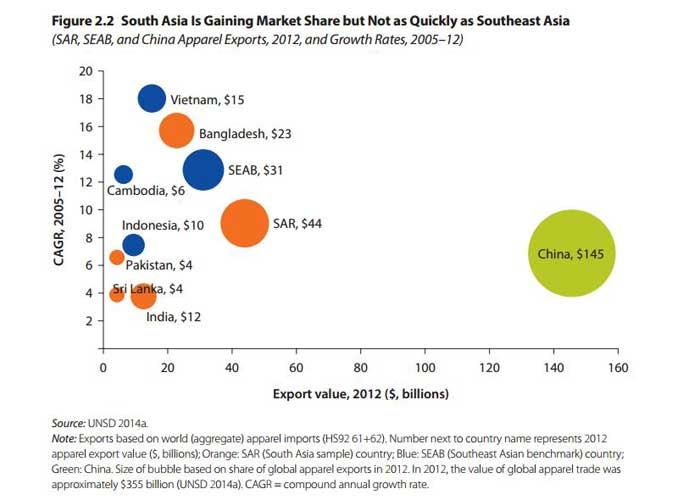 Export shares could increase by up to 50 percent

Among the South Asian countries, Bangladesh and Pakistan are considered big winners in terms of garment exports to the US, while the same is true for Sri Lanka and the EU. Individually, India would have to address constraints like the integration of textile and apparel and access to man-made fibers to furthers its growth. For Bangladesh, the report recommends improving performance on non-cost factors, which are important to buyers, while Sri Lanka should position itself as a regional hub and take advantage of emerging markets. Pakistan should increase product diversity and reliability and take advantage of new markets.

While sourcing countries look for ways to boost living standards and reduce poverty, employing more women is key as "employed women tend to have fewer children, reducing population growth and several studies have found that women are more likely to dedicate their income to the health and education of children", said Annette Dixon, the World Bank's vice president for the South Asian region.

Though South Asia continues to have a "stubbornly low" rate of female labour force participation of only 30 percent, women make up a higher percentage of garment workers than in other manufacturing industries. 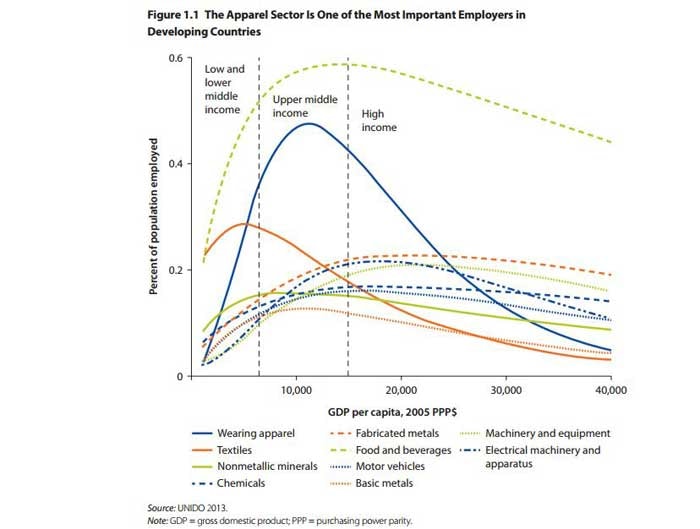 "Our own estimates confirm that South Asian households with women working, especially in the textile and apparel sector in India and Pakistan, tend to have fewer young children on average than women working in agriculture and women who are not in the labor force or are unemployed ... Also in Sri Lanka they spend almost twice as much (SLR 1,112) a month on education per student than households with women working in agriculture (SLR 657) (Sri Lanka household survey 2008)," states the report.

It certainly makes for an interesting read that illustrates expected employment increases by country, a snapshot of South Asia's major apparel exporters, market share by product category and other highlights, and can be downloaded from the World Bank website.

Images: Stitches to Riches via worldbank.org