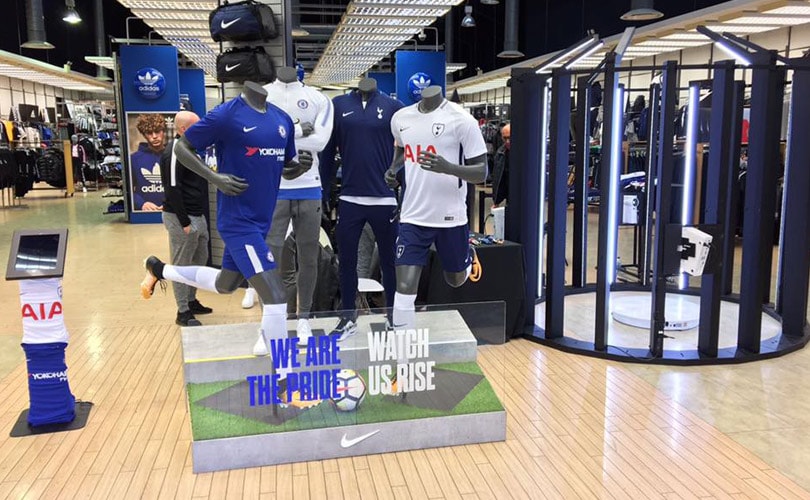 Commenting on the company’s results, Peter Cowgill, Executive Chairman of the group, said in a statement: “I am delighted to report that the croup continues to make strong progress with profit before tax for the first half increased by a further 33 percent to a new record level of 102.7 million pounds. This is another pleasing result demonstrating the strength of our highly differentiated multichannel proposition and our ability to prosper in an increasingly competitive market for athletic inspired footwear and apparel.”

Total gross margin for the six month period of 47.4 percent was 0.7 percent lower than the prior year, which the company added was partly as a result of the higher participation of the lower margin outdoor businesses in the overall group result after the acquisition of Go Outdoors in the second half of last year and due to sterling weakness after the Brexit vote. Operating profit for the period increased by 33 percent to 103.3 million pounds (136 million dollars) following positive performance in Sports Fashion fascias and a positive contribution from Go Outdoors.

Sports Fashion, the company said witnessed another exceptional first half with operating profit increasing by a further 29 percent to 103.2 million pounds (136 million dollars). The company posted like for like store sales growth in its core JD fascias in the UK and Ireland of 3 percent and 7 percent in mainland Europe on a constant currency basis.

The company opened new stores in most of the existing territories and during the period, it also converted the 12 stores in Portugal previously trading as The Athletes Foot to JD. JD Sports expects to maintain the current momentum on store openings for JD in mainland Europe through the second half with approximately one new store opening per week on average.

Performance in the company’s non-JD fascias in Europe continued to be satisfactory with the Sprinter businesses continuing to develop particularly positively in Spain. Meanwhile, in Sports Unlimited Retail in the Netherlands, focus was on consolidating the Perry Sport and Aktiesport store portfolios down to a sustainable size. The company also expanded presence in Malaysia during the period with two additional JD stores of which one is in Kuala Lumpur and the other is in Johor, in the south of the country. Including the more recent opening at the Miranda Shopping Centre in Sydney, the company now has four stores trading as JD in Australia with two in the Sydney Metropolitan area and one each in Melbourne and Gold Coast.

The overall gross margin in Sports Fashion was slightly below the previous year, reflecting an increase in cost prices consequent to the weakening of sterling after the Brexit vote.

Revealing its outlook for the year, JD Sports said, encouraged by the sales to date in the second half, the company expects year end outturn to be towards the upper end of market expectations, which currently range from approximately 268 million pounds to 290 million pounds (353-382 million dollars).