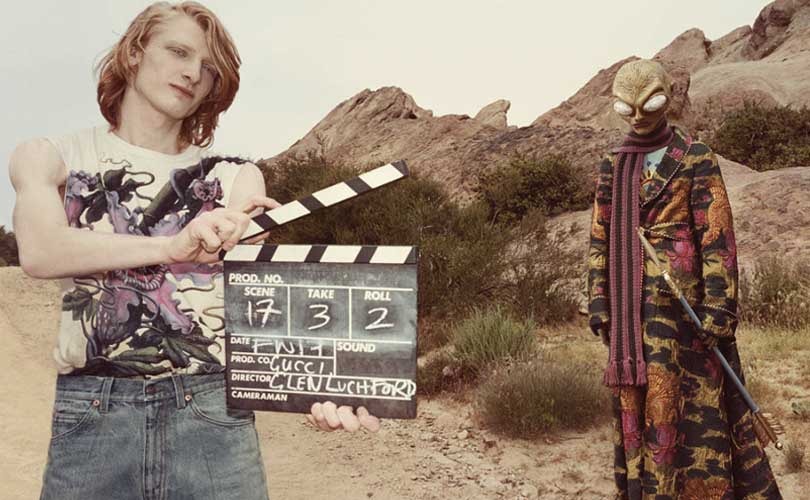 Kering’s revenue for the first half of 2017 amounted to 7,296.2 million euros (8,526 million dollars), up 28.2 percent reported and 26.5 percent based on a comparable group structure and exchange rates. The company said, this performance was driven by extremely strong sales growth in both mature and emerging markets. Earnings per share amounted to 6.55 euros (7.65 dollars), up 77.5 percent compared with the prior-year period.

“Thanks to the execution of our strategy, we achieved outstanding revenue growth in the first half, clearly outperforming the sector, and delivered record profits and operating margins. This excellent first half raises our confidence in the Group’s capacity to realize another year of growth and improved operating performances,” said François-Henri Pinault, Chairman and Chief Executive Officer of Kering in a media statement.

Gucci revenues were up 45.4 percent as reported and 43.4 percent comparable to 2,832.5 million euros (3,310 million dollars). Recurring operating income amounted to 907.3 million euros (1,060 million dollars) for the period, up 69 percent as reported, while operating margin rose by 440 basis points to 32 percent. Sales in directly operated stores rose by 46.2 percent at constant exchange rates, , while the brand’s online sales grew by more than 60 percent in the first half.

Yves Saint Laurent revenue rose by 29.7percent as reported and by 28.5 percent comparable to 710.8 million euros (830 million dollars), while recurring operating income came in at 163.5 million euros (191 million dollars), up 50 percent year on year. Revenue from directly operated stores advanced by 30.7 percent comparable, growing by 38.8 percent in Western Europe and by 17.1 percent in North America. The brand performed well in Asia Pacific, where sales were up sharply across all main markets, particularly in Mainland China. The contribution of online sales continued to increase, driven by performances in North America and Western Europe.

Sales from all other luxury brands increased by 10.6 percent as reported and 10.1 percent on a comparable basis, with all regions except North America contributing to growth. Recurring operating income amounted to 35.9 million euros (41.9 million dollars). Sales from directly operated stores rose by 20.6 percent on a comparable basis, up across all brands.

Revenue from the sport & lifestyle activities crossed the 2 billion euros (2.3 billion dollars) in the first half of 2017, up 16.1 percent as reported and 14.3 percent comparable. Recurring operating income amounted to 110 million euros (128 million dollars) for the period. Sales increased across all regions, notably Western Europe (up 19.7 percent on a comparable basis) and North America (up 10.4 percent). Sales rose 14.7 percent in the second-quarter.

Puma capitalised on its partnerships and sponsorships, notably with Rihanna, Usain Bolt and several prestigious football clubs, to post sales growth of 15.7 percent comparable in all of its main markets. All product categories turned in a very solid performance, particularly shoes (up 26 percent comparable) and apparel (up 10.5 percent). Puma also saw a rise in profitability, with its margin increasing to 5.7 percent. The brand’s recurring operating income more than doubled compared with the first half of 2016, to 113 million euros (132 million dollars).

Volcom’s performance however, the company said, continued to be hampered by the decline in revenue at major distributors in the US.

EBITDA for the period totalled 1,526 million euros (1,783 million dollars), up 51 percent compared with the prior-year period, while the EBITDA margin rose by 310 basis points on a reported basis to 20.9 percent.

As in 2016, the company added, the group’s luxury activities in 2017 are focused on achieving same-store revenue growth, while the expansion of the store network will be targeted and selective, as well as on extending work currently underway to durably strengthen operating margins. In the group’s sport & lifestyle activities, Puma expects to deliver another year of marked improvement in revenue and recurring operating margin.