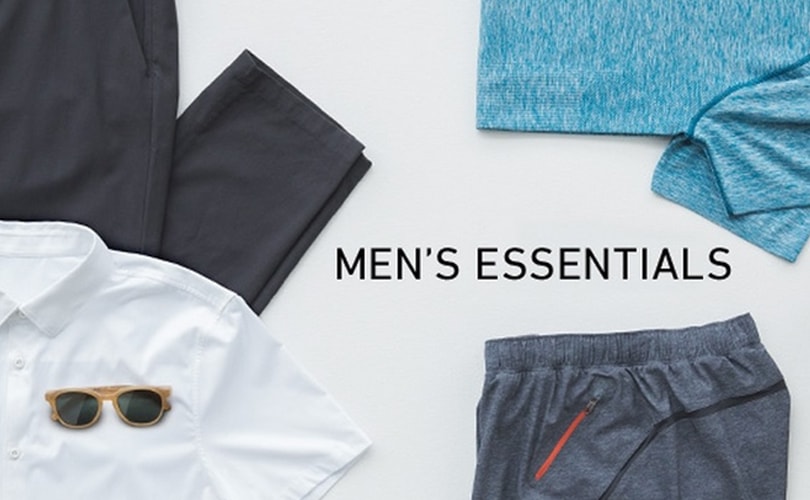 Shares soared more than 9.5 percent mid-Tuesday to 67.42 dollars apiece after Lululemon posted a better-than-expected 10 percent rise in first-quarter revenue. For the quarter ended May, 3, Lululemon earned 34 cents a share on revenue of 423.5 million dollars, beating the 33 cent a share and 418.9 million dollars the market expected.

“But at almost 34 times forward earnings, Lululemon looks expensive,” stresses ‘Barron’, which looks into how the retailer’s same-store sales in brick and mortar outlets fell 1 percent during the first quarter. Some analysts have referred to the company’s stock valuation as “bloated”.

Men, the next target to conquer sustainable growth

On a positive note, the yoga apparel maker has seen a 16 percent same-store sales increase for the fourth-quarter of fiscal 2014 for the men’s segment. Encouraged by the success of its new public, the company plans to expand the assortment and store footprint devoted to the men’s line.

Lululemon is trying to tap a market that, according to Bloomberg, is worth 1 billion dollars. And they count on their newly-to-target audience’s girlfriends and wives, who, as the company understands, are still responsible for introducing a lot of men to the brand.

“Our male guest does have a lot more permission to come into the Lululemon [collection], but she still shops for him,” said Chief Executive Laurent Potdevin.

That was due to issues with a West Coast port labour dispute, which led to delayed deliveries for many consumer goods, explains ‘Fortune’ magazine. As a result, the retailer warned that inventories would remain high “for the next couple of quarters.”

“Though Lululemon outperformed the Zacks Consensus Estimate in all the four quarters of fiscal 2014, we remain apprehensive about its upcoming results, owing to the conservative guidance issued by the company. The outlook includes the expected negative impact from port labor disruptions at the West coast, weather-related challenges on the East coast and currency headwinds, particularly in Canada and Australia,” voiced their concerns analysts at zacks Equity Research.

More positive about the company’s release was Anna Andreeva, an analyst at Oppenheimer & Co, who said that “The revenue was great - this name is about revenue and market share.“ “This earnings season has been challenging, and Lululemon is one of the few that beat revenue estimates,” she added.