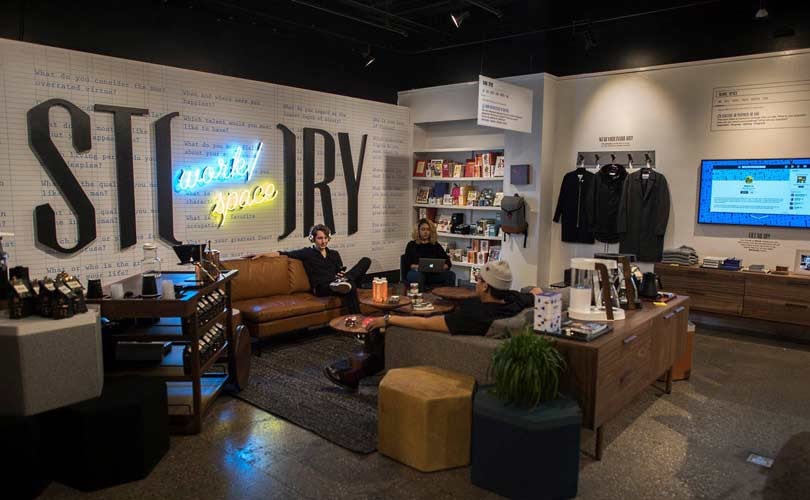 Macy's, Inc. has announced that it has acquired Story, a concept store in New York City and that Rachel Shechtman, Story’s founder and chief executive officer, will join Macy's as Brand Experience Officer, reporting to Hal Lawton, President of Macy's. In her role, Macy’s said, Shechtman will focus on ways to enhance the in-store customer experience with the Macy's brand and Story will have the opportunity to come to life in a new format.

Every four to eight weeks, Story reinvents itself - from the design of the store to the merchandise - with the goal of highlighting a new theme focusing on experience, engagement and collaboration/brand partnerships.

"Rachel is a unique and innovative voice in retail, and we are thrilled to have the Story team join the Macy's family. Bringing Rachel's perspective to the table will help create more enriched and engaging in-store experiences and brand activations," said Jeff Gennette, CEO and Chairman of Macy's, in a press statement.

"It's exciting to have a national stage to leverage Story's learnings and relationships to create impact at scale. I'm energized by the opportunity to further build new customer experiences across the Macy's portfolio, while also continuing to pursue new business models and brand partnerships," added Shechtman.

Story, the company added, will continue to rotate new themes at its Chelsea location in New York, while Shechtman will assumes her role at Macy's. In addition, the store’s chief operating officer, Jenny Shechtman, will assume the role of Vice President, operations at Story under Macy's ownership.

Shechtman has more than 10 years of entrepreneurial and brand consulting experience. In 2003 she founded Cube Ventures, a retail and marketing consultancy whose clients included: Lincoln, Toms, Kraft Foods, CFDA, Gilt, Gap, and AOL. She launched Story in December 2011 and remains chief executive officer. In 2016, Shechtman was named to the board of directors of the National Retail Federation, in 2017 the AAF induced her into its Advertising Hall of Achievement, and in 2018, she was named a Henry Crown fellow by the Aspen Institute.