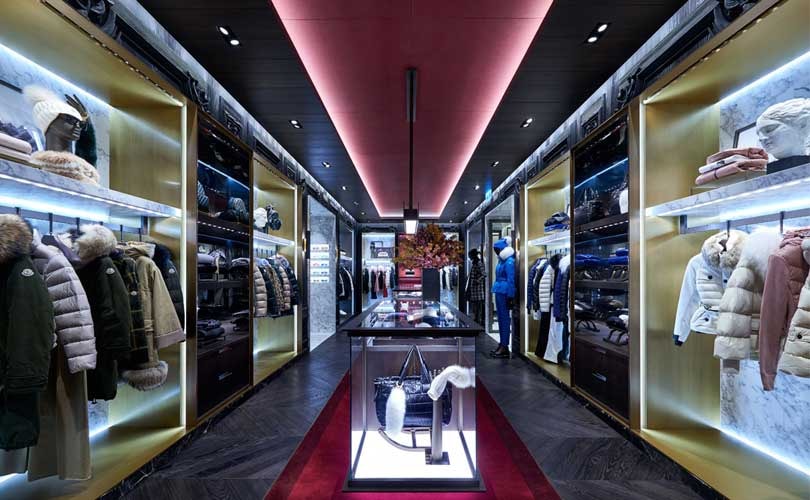 Commenting on the first half results, Remo Ruffini, Moncler’s Chairman and CEO said in a press release: “This is the fourteenth consecutive quarter of double-digit growth for Moncler since it was listed in 2013. Group revenues grew by a further 20 percent in the second quarter of 2017, driven by positive contributions from all regions and channels.”

In Italy, the company said, revenues rose 7 percent, driven by good results in all distribution channels. In particular, the retail channel benefited from organic growth, further accelerating in the second quarter. In EMEA, Moncler’s revenues grew 24 percent at constant exchange rates, driven by positive performances in both channels and across all main markets. Growth in the United Kingdom and France was particularly strong.

In Asia & Rest of the World, revenues increased 17 percent at constant exchange rates. In Japan both distribution channels continued to record double-digit growth, driven by the good performance of the spring/summer collections In APAC Moncler recorded strong results, supported by a good organic growth across the main markets, particularly in the second quarter of the year. In Korea, the company said, the brand continues to benefit from good organic growth and the ongoing development of the retail network.

In the Americas, revenues grew 16 percent at constant exchange rates, supported by double-digit growth in both channels, and by the continued development of the mono-brand stores network. The US and Canada both recorded good performances.

In the first six months of 2017, revenues from the retail channel reached 299.5 million euros (351 million dollars), representing an increase of 21 percent at constant exchange rates, driven by organic growth and the continued development of the network of mono-brand retail stores (DOS). The group achieved comparable store sales growth of 14 percent.

The wholesale channel recorded revenues of 108.1 million euros (127 million dollars), an increase of 8 percent at constant exchange rates, driven by good results in the United Kingdom, Japan and Canada. As at June 30, 2017, Moncler’s mono-brand distribution network consisted of 191 directly operated stores (DOS), an increase of 1 unit and 46 wholesale shop-in-shops (SiS), an increase of four units compared to December 31, 2016. In the second quarter, Moncler opened one shop-in-shop.

Other important developments of the first half

The board of directors, taking note of the resignation of a key executive, Mauro Beretta, who has been at Moncler since 2012 as WW operations & supply chain director and member of the strategy committee, has asked Luciano Santel, Chief Corporate & Supply Officer, to assume Beretta’s responsibilities on an interim basis.