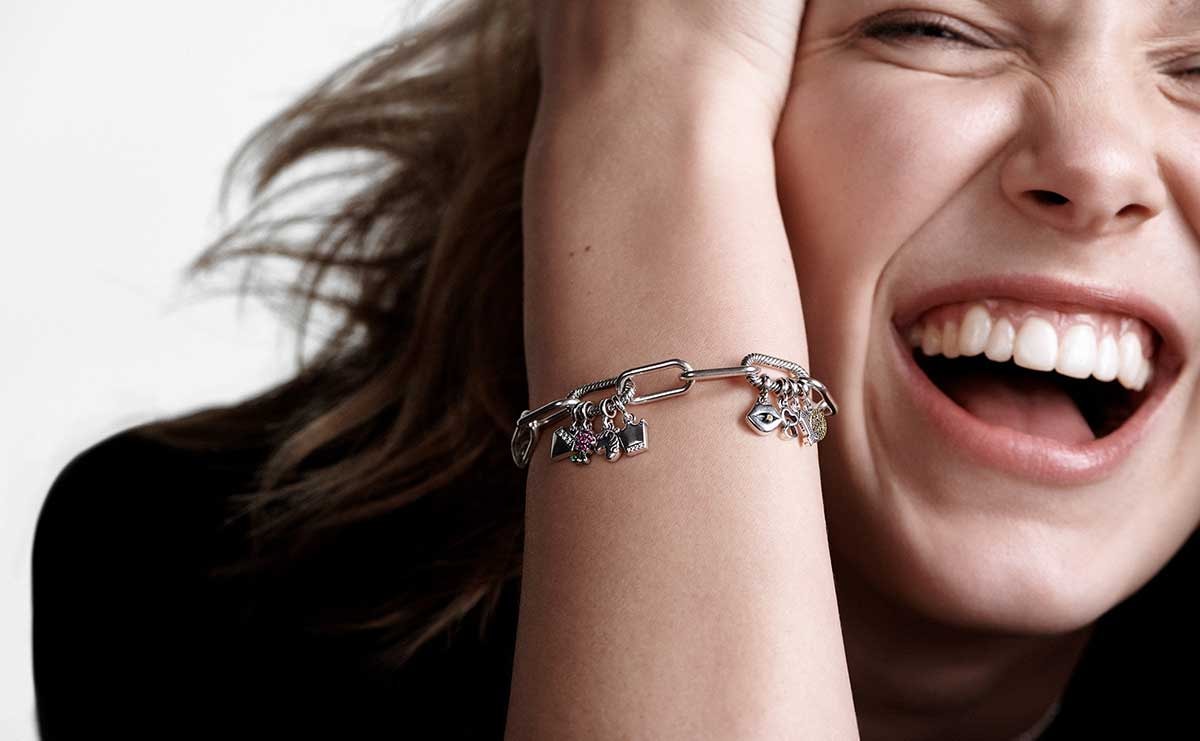 Danish jewellery brand Pandora has reported a resilience during the coronavirus pandemic, stating that it has been encouraged by its sales recovery since April, helped by its continued restructuring as part of its brand relaunch.

Sales recovery during Q2 led to -39 percent sell-out growth, which was offset by what Pandora is calling “forceful initiatives to manage through the crisis in a socially responsible way,” including pushing forward with its rebrand with a new strategic reorganisation geared at establishing a consumer-focused business, which was announced in March 2020.

These initiatives have led to a “very robust liquidity position,” added the jewellery brand in its Q2 statement, and helped to protect profitability as revenue declined and created a strong sales recovery throughout Q2 2020, and that it is expecting stronger sales in the second half of the year compared with the first six months.

During the re-opening phase, Pandora expressed that it was pleased by the consumer interaction with the brand as well as the continued positive response to its commercial initiatives unfolding as part of the brand relaunch since August 2019.

The global sell-out growth gradually improved since April to around -10 percent in Q3 quarter-to-date. However, Pandora added that the recent surges in Covid-19 and new, local lockdowns in August have impacted consumer behaviour and has “stalled the improvement in sell-out”.

While Pandora is reporting Q2 with a level of positivity, the jewellery brand was also quick to note that the future retail environment continues to be subject to “significant uncertainty”.

Based on the assumption that there will be no new major lockdowns, a continued positive development in the number of open stores and no material deterioration of the macroeconomic environment, Pandora added that it would be reinstating its 2020 financial guidance, while also noting that the continued local spikes in incident rates and inherent commercial impact from social distancing are expected to continue to negatively impact revenue in the second half of the year.

Pandora expects organic growth to be -14 percent to -20 percent in 2020, with the full-year EBIT-margin expected to be between 16 percent and 19 percent.

Alexander Lacik, president and chief executive of Pandora, said in a statement: “Q2 2020 will not be forgotten anytime soon. COVID-19 has changed our societies and challenged global brands around the world. The pandemic may leave a lasting effect on consumer behaviour, our ways of working and use of technology.

“Pandora’s business model has proven its resilience during the crisis, and our consumers have continued to engage actively with the brand despite closed stores. I am proud of how our employees have been coping with the challenges while at the same time finding creative ways to identify opportunities in times of change.”