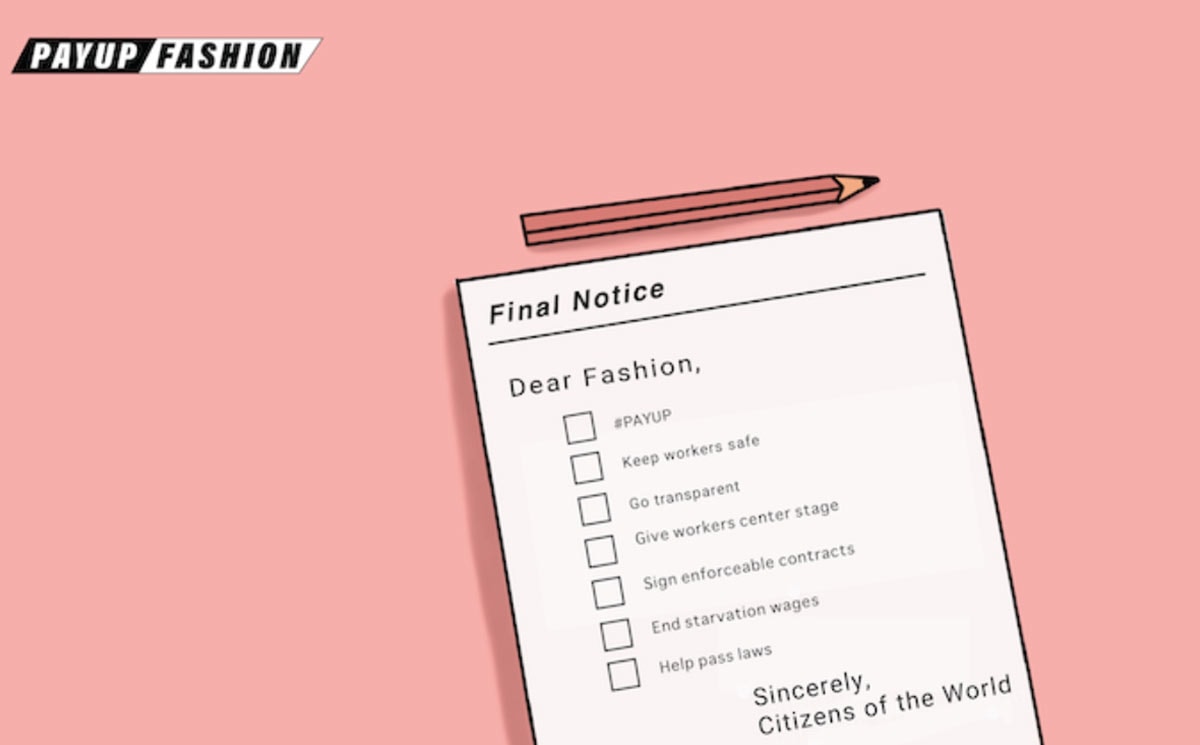 In March of this year, US-based NGO Remake together with partnering organisation and labour activist and founder of the AWAJ Foundation, Nazma Akter, launched the #PayUp initiative that urges international brands and retailers to honour their commitments and pay suppliers for in-production orders at the earliest.

Since then, the movement has gone viral and garnered the support of more than 272.000 citizens, unlocking an estimated 1 billion US dollars for suppliers in Bangladesh and 22 billion US dollars globally. However, going forward, further commitment is needed.

“While #PayUp is one of the most successful labor rights campaigns in the history of the fashion industry, our work is not done. We are just getting started! Many brands and retailers still refuse to #PayUp, and fashion’s most essential workers remain on the brink of starvation and homelessness. Post Covid-19, going back to business as usual is not an option. For us to feel good in our clothes, fashion’s most essential workers must be paid fairly and have safety and security at work,” says Katerina Caspelich, director of marketing at Remake, in an email to FashionUnited.

This is why, on Monday, the PayUp Fashion initiative was launched as a coalition of garment workers, union leaders, activists and concerned citizens to make sure workers’ voices and demands are heard in the future as well.

“We’re encouraging the public to show their support by immediately signing the petition on the website and sharing their support on social media. As of this week, we will begin to pressure 40 major brands and retailers like Nike, Gap, Walmart, and Urban Group to not only #PayUp for cancelled orders, but to also keep workers safe and go transparent. These companies were specifically chosen as they hold the power to change the future of labor rights and environmental standards,” explains Caspelich.

In the coming weeks and months, PayUp Fashion plans to track the progress of brands like Nike, Walmart, Urban Outfitters and Levi’s towards being truly ethical and sustainable. In addition, the coalition will release mini campaigns via social media to leverage citizen power and “keeping garment workers’ voices in the conversation”.

“Many brands are most focused on profit and how to cut costs and therefore prioritise consumers and their products over women workers and how they are disproportionately affected by the injustices in their supply chain,” says Akter in a statement. “While they provide charity efforts, they shirk their responsibilities to ensure basic rights for workers. Alongside the dire need for living wages, we want justice, freedom of association, an end to gender based violence and equal pay for equal work.”