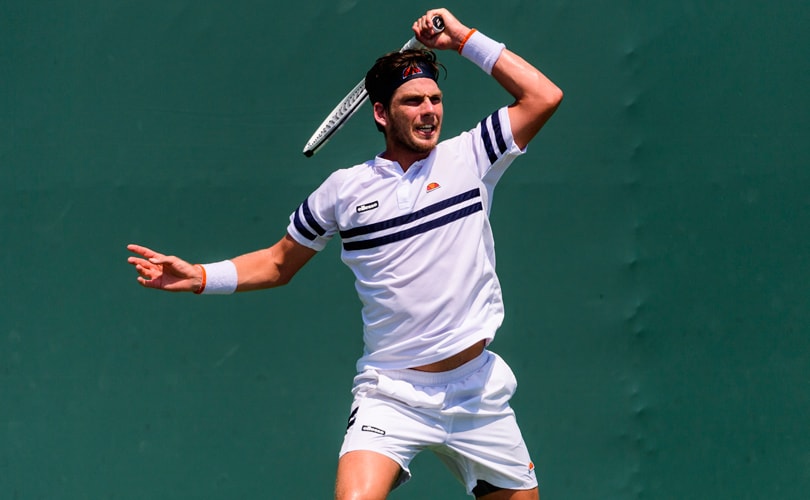 Commenting on the company’s full year trading, Stephen Rubin, Chairman of Pentland Group, said in a media statement: “I am delighted that Pentland Group’s 85th set of annual results, once again, demonstrate our commitment to nurturing our brands and evolving our business to ensure that we continue to meet the changing needs of our retail customers, brand partners and consumers.”

Click here to read more on the Pentland Group >>

Pentland, which is the majority shareholder in JD Sports Fashion plc, added that the latter had another exceptional year with revenues up 33 percent and operating profits strongly ahead of the prior year. Since year-end, JD Sports Fashion announced the completion of its acquisition of Finish Line Inc, a US retailer of athletic footwear and apparel.

Additionally, the company said, Pentland Brands continued to build its presence in key markets during the year, resulting in a strong performance by several of its brands. Ellesse delivered a 21 percent revenue growth, while Speedo achieved 8 percent sales growth, underpinned by its move to a direct-to-consumer business model in China in 2016 and Canterbury sponsored the 2017 British and Irish Lions tour to New Zealand and achieved considerable success with the partnership.

In 2017, Pentland Brands reorganised and streamlined its operations, actively managing its brand portfolio including the creation of a joint-venture with the Lacoste Group, one of its major brand partners. In 2017, the Group also acquired US-based footwear brand SeaVees and cycling brand, Endura.

Headquartered in the UK, Pentland Group owns Speedo, Berghaus, Canterbury of New Zealand, Endura, Boxfresh, Ellesse and Mitre. It’s the global licensee for Ted Baker footwear, Karen Millen footwear and Kickers in the UK and has a joint venture partnership for Lacoste footwear. The Group is also the majority shareholder of JD Sports Fashion plc, which operates 2,300 stores across 21 countries.