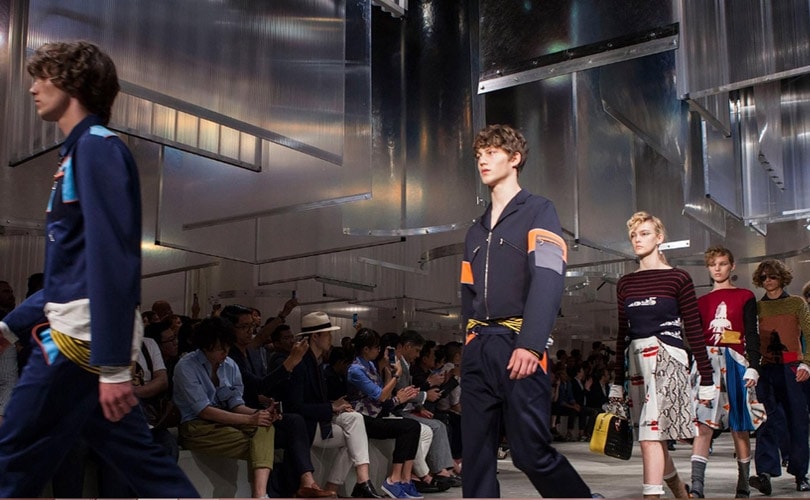 Prada’s troubles at the rise after 44 percent earnings drop

Prada has woke up to a tough reality: the luxury fashion retailer has noted a 44 percent drop in earnings over the first quarter of FY15. Consequently, the company’s shares dived to a 3-year record low, prompting several analysts’ price target cuts.

All at once, investors and analysts withdrew their trust in Prada after the Italian fashion house published an ugly earnings report. As soon as the figures were made public, the stock slumped over 6 percent to 37.35 Hong Kong dollars, the lowest intraday level since February 2012.

The company blamed its difficulties on difficult market conditions in Asia-Pacific. In fact, over the first three months of Prada’s current fiscal year, sales in constant currency plunged by 5 percent. It is noteworthy that China accounts for about a third of sales, though the brand has a strong presence in Japan, Europe and the US.

Asia-Pacific markets, especially Hong Kong and Macau, haven’t shown any clear signs of recovery compared with the final months of 2014, according to Prada.

However, Prada is determined to turn the situation in its favour by taking action that will involve “an extensive plan to overhaul the entire value chain”. In this vein, the Italian luxury powerhouse stated that its first-quarter performance shouldn’t be extrapolated over the full year.

Net income in the three months through April plunged 44 percent to 58.7 million euros, Milan-based Prada said Friday in a statement. That’s almost half of the average estimate of 85.2 million euros from eight estimates compiled by Bloomberg.

"The 44 percent drop in earnings comes as a surprise. There are concerns that they may not be able to maintain their profit margins unless they figure out a way to reignite customer interest," Jackson Wong, associate director, United Simsen Securities Limited told CNBC. "A lot of brands are competing with similar products at much cheaper prices," he added.

Meanwhile, analysts at Barrons wonder whether Prada would be capable of turning the tables and get back on the path to growth.

“Shares of Prada are down 10 percent this year compared to a roughly 11 percent rise in the luxury goods sector, according to Citi Research. Last year, shares in the Italy-based company fell 36 percent versus a 4 percent rise for the sector. The over-the-counter shares of Prada are down 1 percent today in US trading,” the financial publication stated in an analysis published earlier this month.

On a more positive note, Citi’s analysts Thomas Chauvet, Silky Agarwal and Mauro Baragiola write: “Valuation is supportive though, with the stock trading at a modest 5 percent premium to the luxury sector’s calendar year 2016 estimated price/earnings, which represents an interesting entry point for any long-term investor looking for a recovery in sales/earnings in

First-quarter revenue rose 6.5 percent to 828.2 million euros as the weakness of the euro compensated for anaemic growth in the Asia-Pacific region, Prada’s most important market.