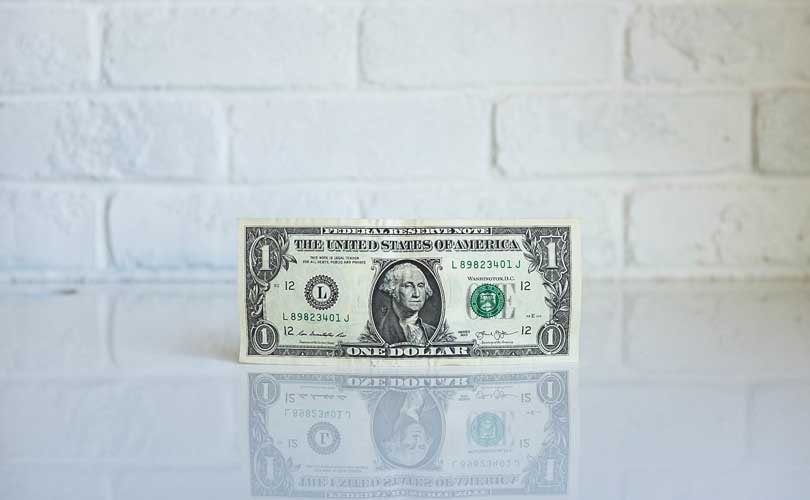 It is no big secret that Amancio Ortega, the man behind fashion giant Inditex, is the richest man in the fashion industry. Currently ranked as the 4th richest man in the world, the Spaniard is worth 71.3 billion US dollars - 15.3 billion US dollars more than Mark Zuckerberg, founder of Facebook, according to Forbes's Billionaires list. Ortega has managed to hold onto his ranking as the wealthiest man in the global fashion industry for a number of years, thanks to the runway success of his fast-fashion model Zara.

But Ortega is certainly not alone in carving out a fortune in fashion. Take Bernard Arnault for example, the man behind luxury conglomerate LVMH. Arnault saw his overall net value jumped from 33.9 billion US dollars in 2016,to 41.5 billion US dollars in 2017, thanks to the acquisition of couture house Christian Dior. In fact, there has been an increasing number of individuals making a fast buck - or quick billion - in fashion over the past year. But which fashion entrepreneurs have seen solid boost in their fashion emporiums and net value over the last year? We take closer look at three leading people in fashion, who saw a significant increase in their net worth in 2017, according FashionUnited’s Top 100 BI list, published on June 26.

First up we have Anders Holch Povlsen, who is the owner and CEO of leading fashion retail group Bestseller. Known for its wide array of high street fashion chains, such as Jack & Jones, Vila and Vero Moda, the international family-owned company owns 20 individual fashion brands. Bestseller is present in more than 70 markets across Europe, the Middle East, North America, Latin America, Australia and India. Currently operating 2,700 branded chain stores across 38 markets around the world, in addition to 15,000 concessions, Bestseller rapidly expanded from the single store Povlsen parents opened in Ringkobing, Denmark in 1975.

Povlsen’s increasing net worth is linked to Bestseller growing sales, which reported a turnover of 3.5 billion US dollars in FY 2015/16. However, Povlsen also holds significant stakes in online fashion retailers Zalando and Asos, which continue to perform well. Bestseller remains the largest shareholder in British e-commerce platform Asos, holding a 29.16 percent share, in addition to a 10 percent stake in German Zalando. In addition, Povlsen also owns more than one percent of all the land in Scotland, through Wildland, a non-profit organisation the entrepreneur set up in order to purchase natural land and protect it.

Michel Leclercq, founder of Decathlon, is another significant riser on this list. Leclercq first opened a small sportswear store in 1976, under the name Decathlon. Since then the sportings good chain has grown into one of the world’s biggest athletic retailers. With more than 900 stores around the world, Decathlon employs 60,000 people in 27 countries. The retailer, which offers a wide array of athletic wear, equipment and outdoor gear, opened its debut store during the boom in sporting federations and clubs, in the car park of the Auchan shopping centre in Englos.

Decathlon has seen a steady increase in sales since 2009, as consumers continue to invest in health, fitness and overall well-being. Therefore, it should come as little surprise that Decathlon reported a turnover 11.5 billion dollars before tax for FY16. In addition, Leclercrq, who holds a 40 percent stake in Decathlon, is the cousin of Gerard Mulliez, the patriarch of the famous French retail dynasty, so his success in the industry should come as no shock. Leclercq and his immediate family own 40 percent of the sporting goods company, while the extended Mulliez family hold another 40 percent.

Bernard Lewis, the man behind Chelsea Girl, better known today as River Island, has enjoyed a 27.7 percent increase in his net worth over the last year. Lewis first started out in the industry selling knitting wool from The Wool Shop from an East London bomb site. He went on to launch his own store, under the name Lewis Separates, before rebranding under the name Chelsea Girl in 1965, and later on in 1988 as River Island.

Counting more than 350 stores around the world, with franchises in Europe, Asia and the Middle East, the high street fashion chain has managed to successfully tap into millennials shifting needs and keep pace with the changing trends. River Island achieves more than 1 billion US dollars in annual sales, and is overseen by Ben Lewis, Bernard Lewis’s nephew who first started out working in the company as a store manager in 1990. Ben Lewis has served as River Island CEO since 2010.

Sefik Yilmaz Dizdar, the man behind Turkey’s LC Waikiki deserves an honourable mention, as 2017 marks the first time he has been listed in FashionUnited’s Top 100 list. A manufacturer and retailer of ready-to-wear fashions and home items, LC Waikiki has set itself an admirable goal - to become one of the three most successful brands in Europe by 2023.

Founded by French designer Georges Amouyal and his partner in France in 1988, Yilmaz Dizdar and his partners, which include billionaire Mustafa Kucuk, acquired the fashion-lead business in 1997. Afterward, Yilmaz Dizdar and his partners decided to develop their own store chain to sell their products. Since then LC Waikiki has expanded to count over 750 stores in 36 countries including the Middle East and Southeast Asia, generating more than 2 billion US dollars in sales last year. Mustafa Kucuk's brother, Vahap Kucuk, is CEO and spokesman of LC Waikiki.