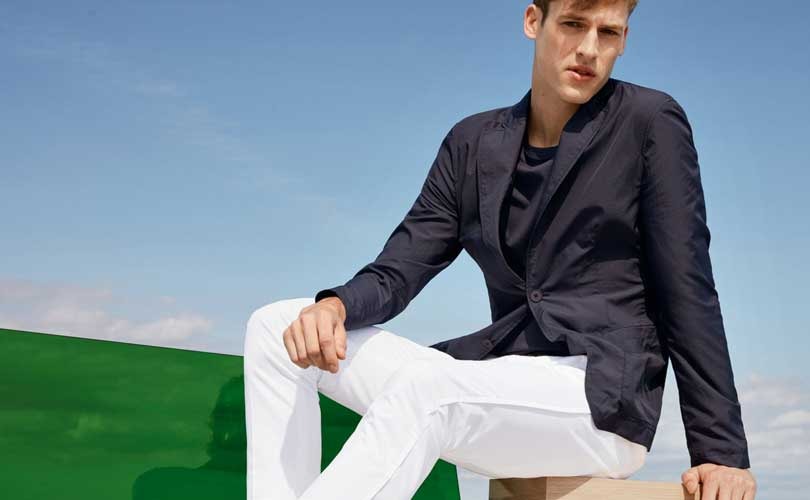 “We’ve made a solid start to the current fiscal year. In Europe and Asia especially, we’ve been heading in a positive direction. Our strategic realignment is coming along well, and in some areas it’s already proving a success. I am convinced that, after this year of stabilization, we will return to profitable and sustainable growth,” said Mark Langer, Chairman of the Managing Board of Hugo Boss in a media statement.

In the second half of the year in particular, the company plans to expand its offering in the entry-level price range and strengthen its collection in the casualwear section. The company aims to initiate a comprehensive set of measures primarily focused on increasing customer footfall and commercially optimizing the hugoboss.com website is intended to bring the e-commerce business back on course towards growth. Correspondingly, the company expects sales in the group’s own retail business to increase during the rest of the year.

The company said its forthcoming spring/summer 2018 collection will be the first to reflect the future concentration on the Boss and Hugo brands. Additionally, both brands will put on their own fashion shows – Hugo at the Pitti Immagine Uomo in Florence in mid-June and Boss at the New York Fashion Week in July.

The company’s sales in Europe increased by 3 percent in local currencies driven by increased local demand and a recovery in business with tourists. Sales in Great Britain grew by 7 percent. Hugo Boss said, growth in the wholesale channel led to a slight increase in sales in Germany, whereas sales in France and the Benelux declined due to the ongoing challenging market environment in the apparel sector.

The sales development in the Americas was attributable in particular to a decline in sales of 7 percent in the United States, where, in the second quarter of 2016, the company began to limit the distribution of its Boss core brand in the wholesale channel. The group also recorded declines in sales in Canada and Latin America.

Sales development in the Asia region, the company said, benefited from the ongoing upswing on the Chinese market. Sales in China rose by 3 percent. With double-digit sales growth on a like-for-like basis the Chinese mainland was significantly better than Hong Kong and Macau, Hugo Boss added.

Sales in the Group’s own retail business (including outlets and online stores) remained stable during the first quarter. On a like-for-like and currency-adjusted basis, sales declined by 3 percent, mainly due to falls in the mid-single digit range in the Americas region. Whereas like-for-like sales in the Asia/Pacific region remained stable, in Europe they were in the low single-digit range below the prior-year level.

Sales in freestanding stores and outlets were 1 percent and 7 percent above the prior year’s figures respectively on a currency-adjusted basis, whilst sales in shops-in-shops declined by 3 percent. Sales in the Group’s own online business declined by 27 percent. With 207 million euros (226 million dollars), sales in the wholesale business in Europe were 7 percent higher than in the prior year. In the Americas, sales on a currency-adjusted basis fell by 12percent to 49 million euros (53 million dollars). The Asia/Pacific region recorded a decrease in sales of 30 percent in local currencies to 8 million euros (8.7 million dollars).

Sales in the license business increased by 5percent to 17 million euros (18 million dollars). The sales development of the Boss core brand was related to scaling back distribution in the American wholesale business. The athleisure offering, which in 2017 is still sold under the Boss Green brand, continued to post double-digit growth. Hugo recorded an increase in sales since the brand benefited from a growing wholesale presence as well as growth in the group’s own retail business. The increase in sales in the menswear business, the company said, was bolstered by growth of Hugo and Boss Green. The womenswear business also benefited from positive sales development in the Hugo brand.