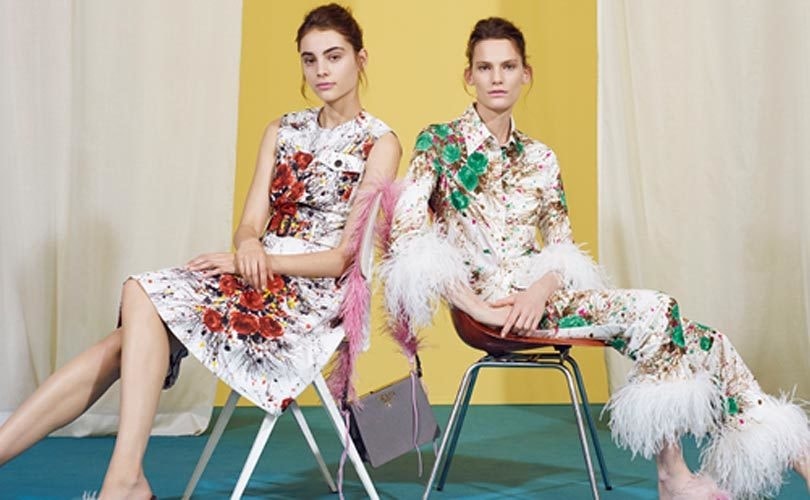 Prada said Friday sales cooled off due in part to the strong value of the euro lightening the pocketbooks of tourists to Europe shopping for luxury goods. The Italy-based, Hong Kong-listed luxury house said sales slid 5.7 percent on a constant exchange rate basis in the six months to the end of July to 1.47 billion euros (1.77 billion USD).

Net profit slumped 18.4 percent to 115.7 million euros at the firm that also includes the Miu Miu, Church's and Car Shoe brands. Analysts polled by data provider Factset had been looking for 140 million euros in the hope that Prada's restructuring would yield benefits faster. Prada has been overhauling its operations with the aim of generating a more regular income stream.

"We are in a phase of profound change," said CEO Patrizio Bertelli in a statement. "We are committed to growth but we will always remain true to our identity." Bertelli said Prada was confident its action plan "is the best way to return to steady growth in revenues and margins", but acknowledged that "benefits may take longer than expected".

Bertelli reported there was already "considerable headway" in its digital strategy, notably in its e-commerce retail channel. In the first half, sales in Europe fell by 7.7 percent, or 6.6 percent on a constant exchange rate basis, with only clothes bucking the downward trend. Sales in Europe were "penalised by the strength of the euro, especially in the second quarter" as the higher exchange rate adversely affected tourist spending, Prada said.

Sales were also down in every other major region but in Asia greater China, including Macau and Hong Kong, bucked the trend with sales up more than five percent. Sales of leather goods took a hiding, dropping 7.9 percent at constant exchange rates, and footwear sales stumbled 9.5 percent. But ready-to-wear sales were up by 4.1 percent. (AFP)