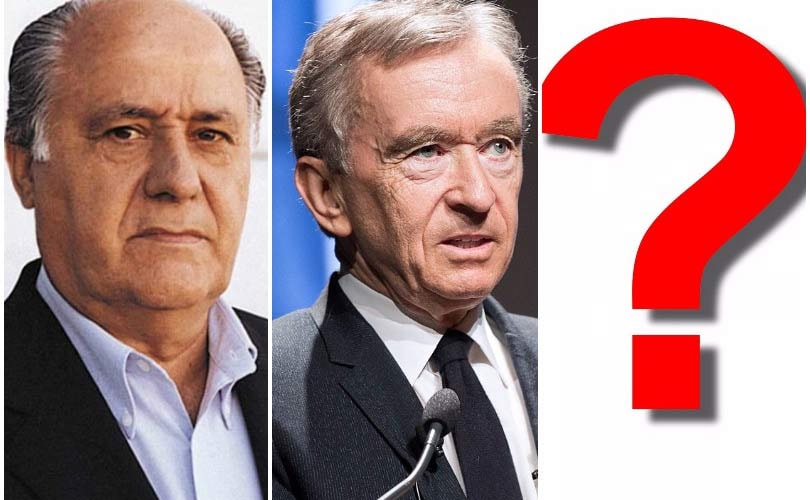 London - The fashion industry may be an ever-changing industry, but one aspect has remained constant over the past decade - the influence of fast-fashion retailer Zara. The man behind the world’s leading fashion company Inditex, Amancio Ortega, transformed the industry’s mass-market model for good with the launch of his famed fast-fashion chain and secured his place as the wealthiest man in the industry. Currently ranked as the richest man in the fashion industry, and the 4th wealthiest man in the world, Ortega holds a net worth of 71.3 billion US dollars in 2017 - which is close to 30 billion US dollars more than the second richest man in fashion, Bernard Arnault.

Known as the man behind luxury goods group LVMH, Arnault is also an avid art collector, as well as CEO of the company and the wealthiest man in France, with a net worth of 41.5 billion US dollars. The success of both these entrepreneurs underlines the potential success offered by the industry’s lower-end and higher-end of the market. But which other business men and women have made their fortunes in fashion? Who saw their net worth rise, and who saw their worth decline in 2017? FashionUnited takes a closer look at the top ten richest people in fashion, and their net worth over the years in the charts below, based on FashionUnited’s Top 100 Index, published on June 26, 2017.

The Top 10 Wealthiest People in Fashion in 2017

Interested in reading more on the Richest People in Fashion in 2017? Then read more here: