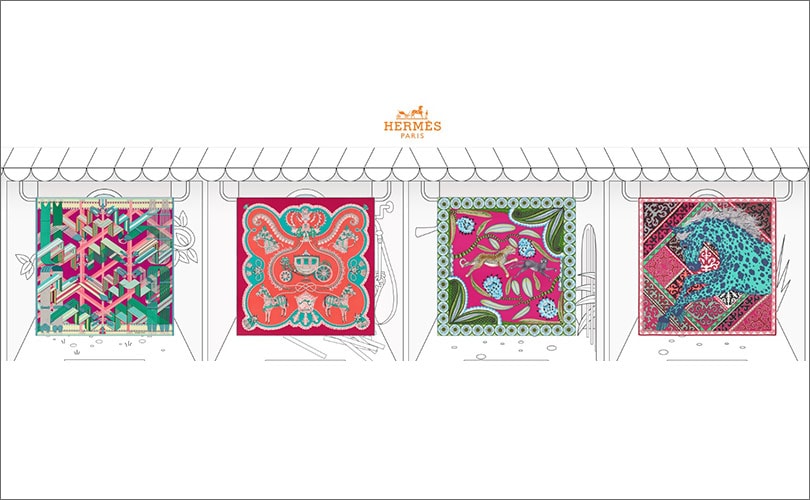 What does LVMH’s regained interest in Dior mean for Hermès?

A decline of 3.9 percent to 443.4 euros on Tuesday, the sharpest accused by Hermès in recent times, and just the most immediate consequence for the iconic French label of rival’s LVMH last move.

Hermès was heavily penalised on the trading floor by the decision of Bernard Arnault to partly finance its offer to buy Christian Dior using their shares of Hermès but, what else lies behind Arnault’s plan for its long-time rival?

The Arnault family owns 8.5 percent of the capital of its long-time rival since September 2014. By yielding his Hermès’ titles, the Arnaults will cause an influx of securities in the market, which explains the decline of the action Tuesday, according to analysts cited by Bloomberg. On the other hand, Hermès shares have risen about 350 percent since the end of 2008, the year in which LVMH began buying derivatives on the stock.

In a note issued Tuesday, Bernstein’s analyst Mario Ortelli said he expected the Hermès shares to be under pressure following the news. For all that, added the broker, the shareholders of Hermès should not be too dissatisfied with the exit of the Arnault family from the capital.

In a move reported to seek for further synergies, the family group Arnault announced on Tuesday a simplification of its structure. This operation will strengthen its hold on LVMH via Christian Dior by the time it gives the Arnault Group the opportunity to dispose of its 8.5 percent in Hermès, if the minority Dior subscribe to the offer.

The Arnault group will take advantage of this opportunity to bring together all of the fashion and leather goods brands that it owns, including Dior Couture in the portfolio of Louis Vuitton's luxury holding company, Givenchy and Berlutti, among others. “This is a good acquisition for LVMH in our view, given the strong brand of Christian Dior,” analysts at Barclays said in a note, adding that it’s a “good use of its balance sheet.”

In order to achieve its goals, the Arnault family group will launch an offer to acquire shares it does not hold (yet) in Christian Dior, which owns 41 percent of the share capital of LVMH. Arnault, which directly owns 5.8 percent of LVMH's share capital, would thus become a 46.8 percent shareholder in the luxury holding company, by combining its direct shareholding and indirect shareholdings via Dior. At present, this last share is shared with other shareholders, which limits Arnault's hold on LVMH to 36 percent.

Swapping the Hermès stock for Dior shares helps the family cash out of a profitable investment without paying taxes on a sale, highlighted the ‘Financial Times’. It’s worth recalling that LVMH surprised its rival in October 2010 by announcing it held 17.1 percent of the company. The move led the Hermès’ founding family to file a lawsuit and to form a holding company to protect its ownership. Four years later, LVMH offered its particular peace offer by distributing the shares to investors.