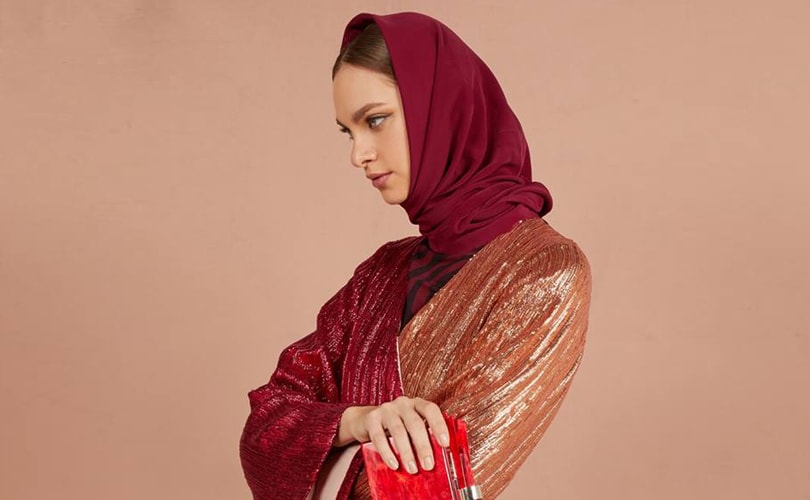 Why The Modist has secured investments from Farfetch, Nicola Bulgari and Vaultier7

Modest e-tailer The Modist has received strategic investments from Farfetch and Annabel Investment Holding, the private equity company of Nicola Bulgari, Vice-chairman of jeweler Bulgari Group. The announcement comes less than a year after The Modist secured 15 million US dollars (approximately 11 million pounds) in a funding round led by Vaultier7 and a team of Net-a-Porter veterans.

“I couldn’t be prouder to announce our most recent investors. Farfetch and Mr. Nicola Bulgari (Vice-Chairman of Bulgari Group) joining our existing group of investors is a proud moment and an immense vote of confidence for The Modist and what my team and I have built in a short period,” said founder and CEO Ghizlan Guenez on her Instagram page.

The Modist has been offering exclusive styles on Farfetch’s marketplace since September, when the two companies signed a global partnership agreement ahead of Farfetch’s IPO. At the time, Farfetch CEO José Neves stated that the Middle East was “a big gap” in the company’s strategy, hence the decision to team up with modest apparel labels. 70 percent of Middle Eastern consumers claimed to have increased their spending over the last 5 years, compared to 53 percent in the US, Europe and Japan, according to a recent report on the global luxury goods market by consultancy firm Deloitte.

In fact, it looks like investing in or acquiring up-and-coming companies is Farfetch’s means of choice to expand in promising markets. The British e-commerce powerhouse bought streetwear marketplace Stadium Goods for 250 million US dollars (approximately 189 million pounds) in December, just months after acquiring Chinese digital marketing agency CuriosityChina for an undisclosed amount. 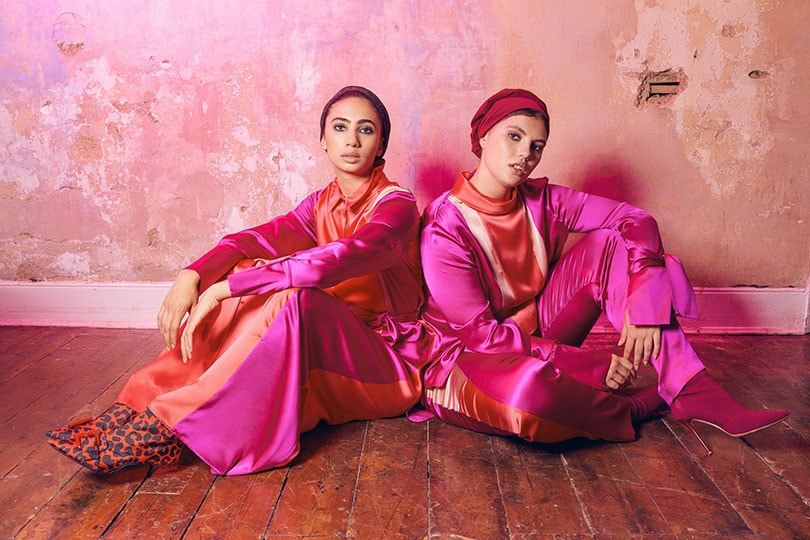 Why are companies like Farfetch and Vaultier7 investing in The Modist?

If you think injecting capital into companies like The Modist is just a way to target wealthy Middle Eastern consumers, think again. Modest luxury fashion is growing rapidly in Western countries as well: the US and the UK currently account for 45 percent of The Modist’s revenues. Fashion stores in these two regions have increased their assortment of modest items by 15 percent since 2017, according to retail analytics firm Edited. It’s easy to see why: the phrase “modest clothing” receives 8,000 Google searches each month in the US alone.

A significant part of this growth is driven by Muslim consumers: a recent report by Thomson Reuters Global forecasted spending by Muslims to increase to 2.6 trillion dollars by 2020, with fashion among the leading sectors. But religion isn’t the only reason why modest fashion is on the rise. Edited correlates the expansion of retailers’ modest assortment to the #MeToo movement: 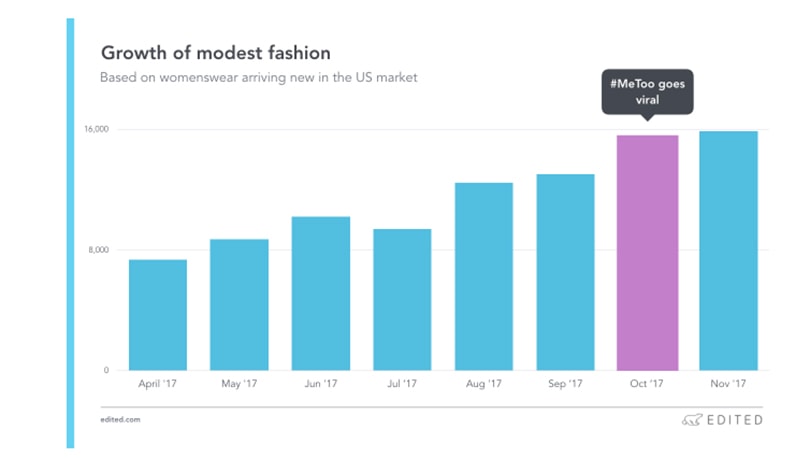 According to Edited, consumers are reinterpreting modest fashion. The more women question the idea that fashion is a means to look sexually attractive, prioritizing comfort instead, the more inclined they will be to buy looser, longer silhouettes and chaste necklines.

What are modest shoppers buying?

Luxury brands are pioneering the modest fashion movement, which explains why The Modist focuses on this segment. Recent campaigns by Gucci, Kenzo and Burberry featured long silhouettes and headscarves, with Dolce & Gabbana even launching a range of hijabs and abayas in 2016. The US luxury market has seen a 50 percent increase year-over-year of long sleeve blouses with a high neckline, compared to a 13 percent increase in the mass market, as verified by Edited. In the UK, the growth has been slightly more expressive, at 15 percent.

Hemlines are also going down in the luxury segment: midi skirts form a staggering 53 percent of the total skirt assortment, with Gucci, Marni, Tibi and Jil Sander leading the trend. Maxi skirts still form the smallest percentage of the market in both the US and the UK, but there are signs some consumers may stop seeing it as way too modest: the silhouette has grown 67 percent in the luxury market and 55 percent in the mass market. 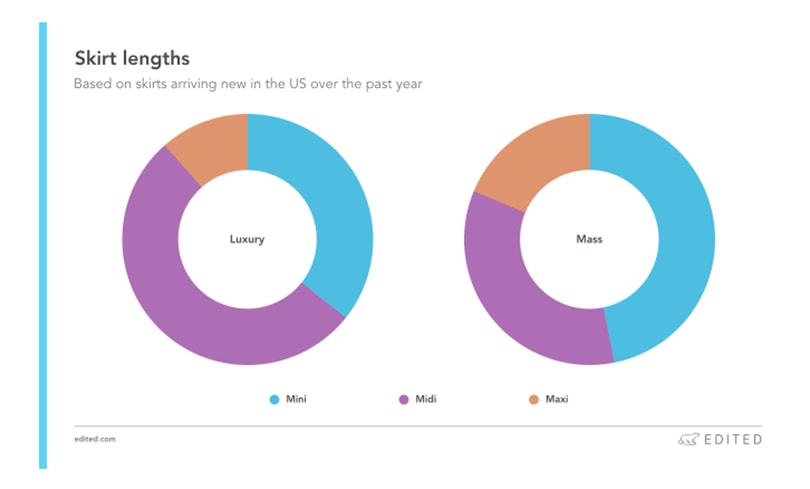 Retailers looking to embrace an untapped opportunity are advised by Edited to invest in modest sportswear and swimwear. Nike launched a “Pro Hijab” in 2017 and still has next to no competition.

Demand for modest fashion grows, but it still stirs controversy

Catering for the Muslim market can still stir controversy in some regions of the world, however. Sports retailer Decathlon had to give up launching a similar sports hijab in France last month, given the immense outcry the announcement caused. Even celebrities and politicians took to social media to argue that hijabs shouldn’t be normalized in French society, as they believe it symbolizes women’s submission to men. Aurore Bergé, spokesperson for president Emmanuel Macron’s party La République en Marche, called for a boycott against Decathlon, saying “my choice as a woman and citizen will be to no longer put my trust in a brand that breaks away from our values”.