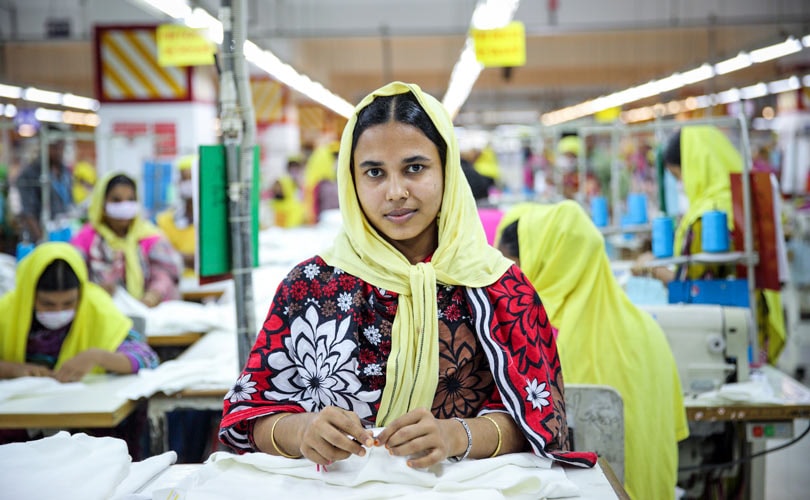 Will Myanmar become the new Bangladesh?

Tuesday marked five years since thousands of workers were killed by the collapse of the Rana Plaza textile factory in Bangladesh. Due to the extremely low wages and tax advantages Bangladesh is the center for fast and cheap production of fast fashion. However, more and more Western fashion companies nowadays are moving further south-east, to Myanmar, to produce clothing. Although the country’s young democracy is shaky, it has become attractive because of even lower wages and favorable trade regulations.

Has the retail industry learned anything from the Bengal factory disaster and will they change their strategies, or will Myanmar become the new Bangladesh?

Myanmar has a long history of clothing production. The first textile factories were built under British rule, between 1824 and 1948. In 1988 the first foreign investments were permitted in Myanmar causing the industry begin growing significantly. The clothing and textile factory count has increased from 130 at the beginning of the century, to the nearly 400 it has today that employ 350,000 people. The fastest growing export market for clothes produced in Myanmar is the European Union. In 2015, the EU imported garments worth € 423 million from the Asian country. That is an increase of 80 percent compared to the previous year, according to the report 'European Union, Trade in goods with Myanmar', prepared by the European Commission in 2016.

The number of Western fashion companies that have products manufactured in Myanmar is increasing and these companies are also expanding their supplier base. Retailers such as Suitsupply and H&M produce in the country, says Stichting Onderzoek Multinationale Ondernemingen (SOMO) in her research 'The Myanmar Dilemma'.

What makes Myanmar so attractive for fashion companies?

After all, the country is only just emerging from full economic and social isolation. After Myanmar became independent in 1948, the country has remained unstable due to armed conflicts with various ethnic groups. Fifty years dictated a military junta Myanmar, which led to the withdrawal of governing bodies, the constitution and freedom of expression. It was only in 2011 that the military regime was put to an end. "Myanmar is still a young and fragile democracy," says Martje Theuws, one of the authors of the SOMO report, opposite FashionUnited. That can make the future of the country uncertain.

The Myanmar industry has grown by 5 percent annually in recent years. Data from the Asian Development Bank show that the gross domestic product increased by 7.2 percent in 2015 , yet Myanmar is one of the poorest countries in Asia. In 2014, 26 percent of residents lived below the poverty line, in studies conducted by the United Nations Development Program. According to the SOMO report, the growing export-oriented textile industry can offer a solution for this. "This industry can also aggravate matters by violating labor rights or contributing to negative consequences for employees, the environment and the economy."

The Swedish H&M Group believes that ts presence in Myanmar has a positive effect on the market. "We see a lot of potential in Myanmar because of years of experience in clothing production. The H&M Group can contribute to creating jobs thus economic growth in the country," a spokesperson for the group informed FashionUnited. The company came to this conclusion on the basis of an extensive risk analysis it has carried out among stakeholders in Myanmar and Sweden.

Together with the local NGOs Action Labor Rights (ALR) and Labor Rights Defenders and Promoters (LRDP), SOMO researched twelve export-oriented garment factories in Myanmar where workers, fashion labels, factory owners, employers' organizations and trade unions were interviewed. The conclusion they came to was that the low wages are one of the biggest problems. The minimum wage was 3600 kyat, or 2.48 euro per day, which according to the researchers is insufficient for employees to living a comfortable life. The report also shows that sixty-hour work weeks are a requirement in the factories and that child labor occurs. In many cases child labor is necessary for production because unemployment among adults is a big problem. "Above 35 years you will be written off," says Theuws.

It is clear that the safety measures taken in Myanmar textile factories are insufficient. "Only 21 percent of the workers interviewed had training in health and safety at work." Fire safety training is more common: "31 percent of the interviewed employees said they had taken part in such a training," the study said. 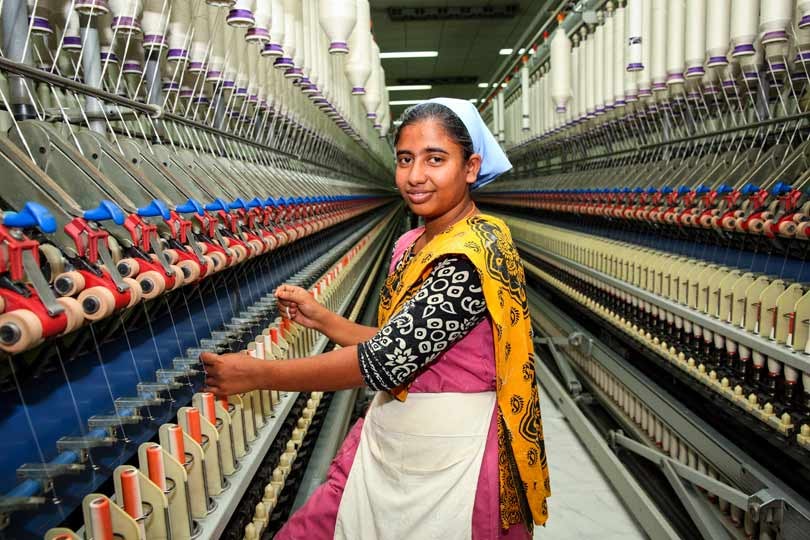 Will Myanmar become the new Bangladesh?

"You see the same problems in Myanmar as in Bangladesh and other clothing-producing countries like Cambodia and India. Hopefully it is not too late to turn the tide, but the signals are not very hopeful, "says Theuws over the phone. She does state that companies have been thinking more consciously about safety since the Rana Plaza disaster. "You see other types of factories in Myanmar, with only one or two floors, and buildings are further apart." However, it also remains a great risk if the clothing industry in Myanmar grows just as quickly as it did in Bangladesh, according to Theuws. "Then there was unsupervised and unsafe building."

"You see the same problems in Myanmar as in Bangladesh and other clothing-producing countries like Cambodia and India."

What can clothing brands do to improve the situation around low wages and long working hours? Theuws states that it can be difficult to exert influence in Myanmar, because factory buildings may be in the hands of the military. That is an extra effort for labels. "We also see a role for fashion companies in facilitating the establishment of trade unions," says Theuws. "Now we see that founders and leaders of trade unions are being fired. It is difficult for a worker to make his or her voice heard, while the latter knows best what goes wrong in the workplace." In addition, it is important that clothing brands commit themselves to providing a living wage for factory workers. "With their purchase prices they can make that possible."

In both these areas, the H&M Group says it is working intensively on ways that they can improve. "All our suppliers must sign the Sustainability Commitment (formerly Code of Conduct), which guarantees compliance with labor and environmental protection laws. In the long-term, H&M works to increase wages in the textile industry by collaborating with workers through representatives such as trade unions and national governments. "In 2016, the Swedish retailer, in collaboration with the ILO, launched another initiative aimed at" creating strong and representative employee organizations,” the spokesman stated to FashionUnited.

"Increasing wages in the textile industry is a long-term project of H & M."

Suitsupply, which works with a foreign-owned supplier in Myanmar, informed FashionUnited that it is also busy trying to improve the situation in the country. "Because we have built up a strong relationship with production partners, we have an influence on the way in which factories are exploited. We use this influence to positively influence wages, the working environment and freedom of speech," according to a spokesperson for the label. In addition, Suitsupply provides training in the field of safety and health and carries out two to four yearly quality checks in factories.

If initiatives such as these continue to be taken, Myanmar does not, according to Theuws, have to follow Bangladesh, although "the developments so far have been little hopeful". "The clothing industry is an industry that offers employment. That is badly needed, because Myanmar is a poor country. But it has to be decent work." Theuws notes that positive developments are already taking place, including a new minimum wage that will come into effect soon. "It is an increase compared to the current minimum wage, but still far from livable. Whether it will lead to more income is still the question. "

Translated and edited by Kelly Press