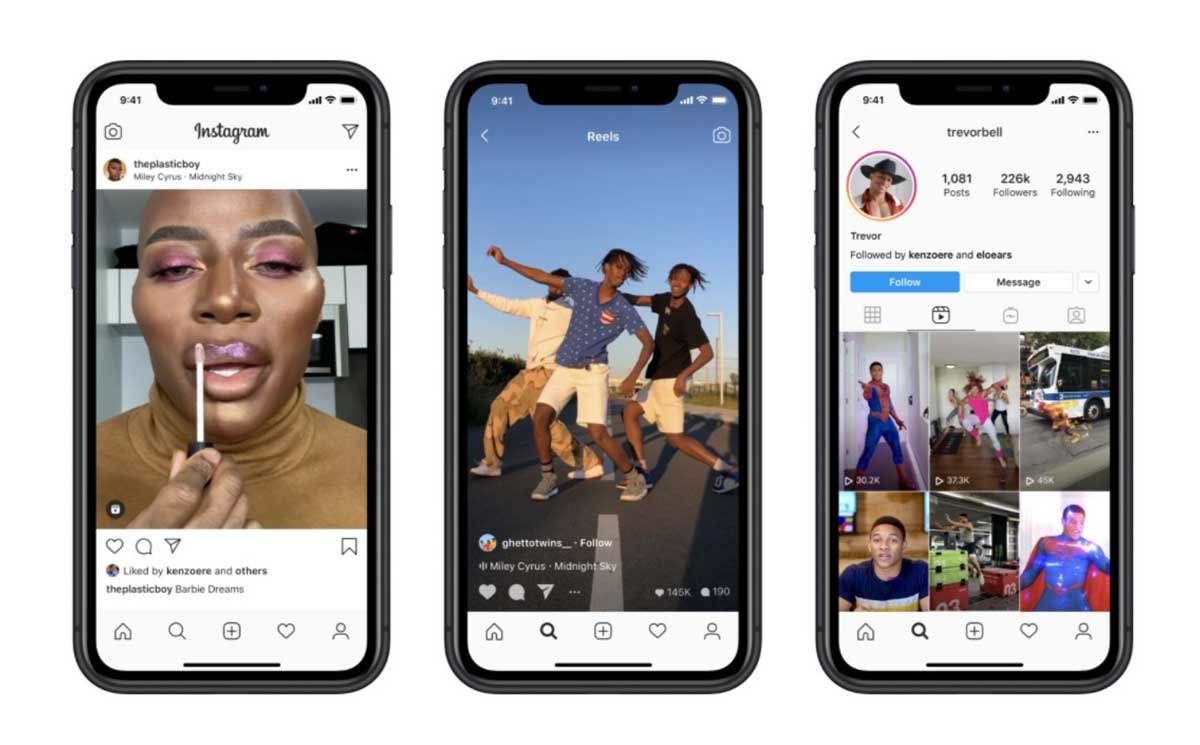 Few people - at least those over a certain age - would have predicted that recording and sharing 15-second video clips would become so popular that even the fashion industry jumps on the trend and tries to use it for marketing purposes. Of course we are talking about TikTok, the video clip sharing app launched in September 2016 in its home market China as Douyin, which took the world by storm.

Meanwhile, India has become the strongest market outside of China with 323 million downloads, followed by the US with 46 million downloads in 2019 - in other words, the market is booming and the popular photo and video sharing service Instagram wants a piece of the pie. That is why Instagram Reels was introduced, a feature that allows 15-second video clips to be recorded and shared.

In view of the recent TikTok ban in India and possible ban in the U.S., the introduction of Instagram Reels comes at just the right time. Following a successful test phase in the core markets of Germany, France, Brazil and India, the availability of Reels has been extended now to over 90 other countries, including Switzerland, the U.S., Great Britain, Australia and Japan.

“Reels gives people new ways to express themselves, discover more of what they love on Instagram, and help anyone with the ambition of becoming a creator take center stage,” states Instagram on its blog. What exactly can one do with Instagram Reels? Record 15-second videos plus audio, add various audio-visual effects, and share them with a potentially global audience using a new feature in the Explore tab. Viewers can highlight popular clips so that they become featured.

“Since starting the test phase, we have been collecting feedback from the community and are already implementing the first innovations. Users can share Reels with a large audience in the feed and Reels tab of their profile or in stories, as well as in Explore (only possible with public accounts). This way, people can find many new talents in Explore. By clicking on the first reels you can scroll through the reels of the huge global community,” said Instagram Germany in a press release on Wednesday, giving German Reels stars Hai Do and Lil Amok as examples of the effectiveness of Reels.