Is cotton as bad as its reputation when it comes to water consumption, pesticide and insecticide dependency and land usage? A recent panel discussion titled “Cotton claims - the good, the bad and the nuanced” as part of the Truth Series by the Transformers Foundation - founded early last year as part of the global Kingpins Transformers trade shows for the denim manufacturing sector - tried to answer that question.

Four panelists set out to debunk common cotton claims in terms of water and pesticide/insecticide usage and cotton yield, among them Simon Ferrigno, UK-based freelance writer and researcher in the areas of sustainable cotton and agriculture; cotton scientist Dr. Keshav Kranthi who is the technical head of the Washington, DC-based International Cotton Advisory Committee (ICAC); Cannon Michael, farmer and board member of the New York-based Transformers Foundation; and Arun Ambatipudi of Chetna Organic based in Hyderabad, India, which is a 360° development intervention for smallholder and tribal farmer families primarily dependent on rainfed agriculture. The first cotton claim to be debunked was the figure of 2,700 liters of water (the equivalent to 30 bathtubs) needed to make just one cotton t-shirt. This is a global average figure that takes the water consumption from growing the crop to the finished product into account and is the one that is most persistently used by brands, bloggers and organisations like the World Wildlife Fund.

According to Ferrigno, this “global average figure” is meaningless and we need to look at different factors that are involved. For example, he said, “the water is not actually used, it is borrowed” as it goes back into a water system. This could mean that a t-shirt that takes 3,000 liters of water to make is more sustainable than one that uses ‘only’ 2,500 liters if most of the 3,000 liters are re-used while most of the 2,500 liters is wasted. Kranthi explained that the global average figure is calculated to provide a benchmark to help countries, farmers and communities place garment production in perspective. According to him, we have to take the complexity of the data into account, for example if we are dealing with irrigated cotton or unirrigated cotton. He referred to data by the ICAC, which may be more accurate.

Michael pointed to huge regional differences in production as well as the general usage of water. “It takes a lot of water to produce almost anything,” he said, citing tomatoes as an example. “We are all part of the system,” he added. While that is certainly true, we also need to distinguish between essentials and non-essentials. While tomatoes are an integral part of the diet of people around the world from the Americas to India, owning cotton t-shirts is not a necessity. 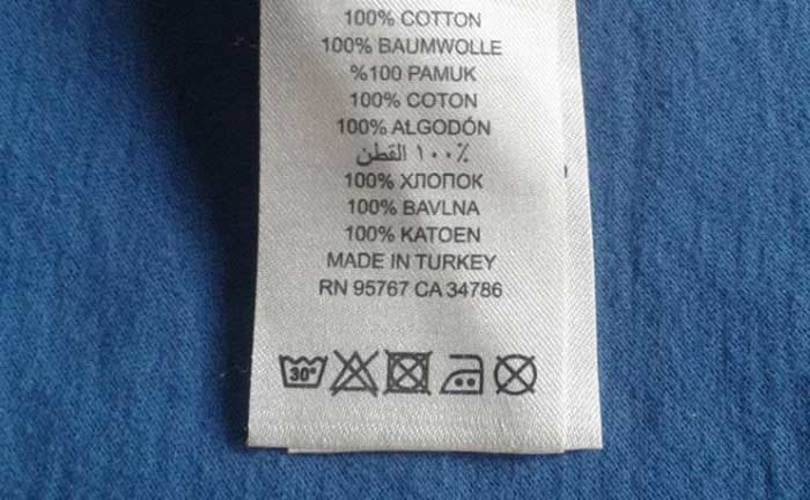 Should consumers stop buying cotton clothes because they use so much water?

The second claim looked at the numbers currently floated to put water use for cotton clothes into perspective, for example 10,330 liters of water needed just to grow the cotton used in one jacket, which is equivalent to 24 years of drinking water for one person. This leads to the question if consumers should stop buying cotton clothes if they are so water-intensive.

According to Michael, this is a “bad statement to make” because it starts a dialogue that is not constructive. Admitting that “lots of water” is needed to make cotton garments, he pointed to the different irrigation methods used like drip irrigation versus flood irrigation and if ground-water recharge is part of the water that is used.

Kranthi called these calculations “disturbing” and pointed out that the numbers are old and that “agriculture needs water”, adding that the 34 million hectares of cotton growing area worldwide needs trillions of liters of water but that much of that number comes from rain. “If farmers don’t use it, that rain water is wasted,” he said. While that is certainly true, the fact remains that there are plants, like hemp, bamboo and nettles for example, that use less water and store the water they use much better, leading to more efficient water management.

Another common cotton claim is that 25 percent of insecticides and 18 percent of pesticides worldwide are used on cotton growing. This means that potentially harmful chemicals go into the rainwater, worsen air quality, damage flora and fauna and affect human health as well.

“These figures are not remotely true,” said Ferrigno, calling them “ancient” and estimating that they are from 30 to 40 years ago. He called the current figures - 22.5 percent of all insecticides used on cotton growing and 14.7 percent of all pesticides - a “huge reduction” but it is clearly not: That means that in 30 to 40 years, despite advances in crop science and farming methods, the percentages have just fallen by 2.5 and 3.3 percent, respectively.

Ambatipudi was able to shed light on why that is: “Farmers are dependent on local pesticide dealers who have a vested interest [to push their products],” he explained. So it is more about what products are available in a particular region than what are the most sustainable as there are no systems in place that support farmers in this way. “Farmers get petrified by seeing insects in the field, regardless if they are beneficial insects or pests,” he said. So they spray. He also pointed to a psychological effect of spraying: It puts the farmers’ mind at ease because they want the leaves to shine. Green leaves are equated with healthy leaves and they feel they have done their bit to protect their plants.

“Any form of pesticides or chemicals are bad,” admitted Kranthi. But cotton farmers use them because there are so many species of pests that affect them - 1,326 according to Kranthi, many of which are cryptic species, meaning hidden inside the plant, which means the pesticides/insecticides have to also go inside the plant and thus, into the cotton and later the garment. His solution would be to invest in technology that eliminates the need for insecticides or pesticides. Or, what may be a faster, practical approach, why not switch to plants like hemp, nettles, flax or jute that are more pest-resistant?

The discussion ended with each panelist giving their recommendations for more sustainable cotton growing practices and debunking cotton myths. For Ambatipudi, this would be better rainwater harvesting, given that currently, 96 percent of rain water is run off and only 4 percent used on cotton, and getting cotton farmers to become organised, enabling them to have more say as part of a long supply chain.

Ferrigno would like to see cotton claims being used only after checking them, especially by politicians, while Kranthi hopes for a focus on science and scientific data that the numbers can be backed by. Last but not least, Michael pointed to the leading role that brands and retailers will have to play by making cotton more sustainable and consumers as well by demanding greater transparency.

Given the fact that cotton is a crop that requires - if not 2,700 liters of water to make one t-shirt - still a whole lot of water and is not a pest-resistant plant, thus requiring more pesticides and insecticides than alternatives - the question remains why the garment industry is holding on to this one material so desperately?

Granted, it would be difficult to replace cotton - short-term or in the long run - with just one alternative but it may be time to branch out and look at multiple alternatives that can take its place and grant more sustainable garment production.