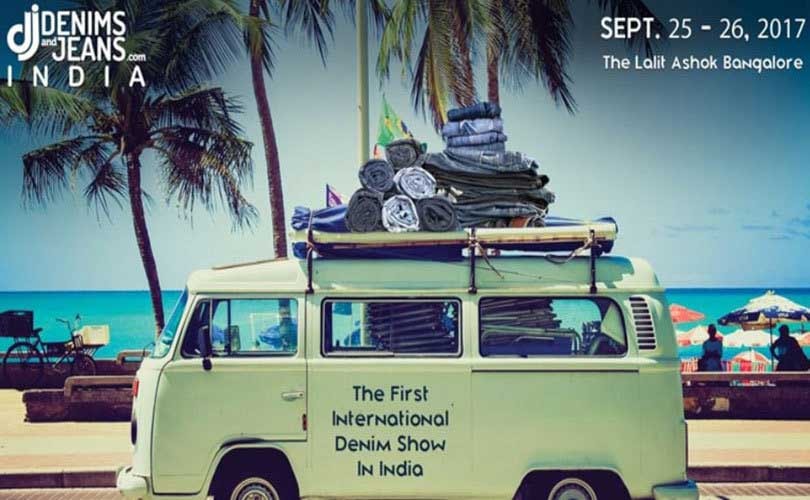 First Indian edition of Denimsandjeans concludes on a high note

The first Denimsandjeans India show, which took place from 25-26 September in Bangalore, attracted over 1,500 visitors and more than 30 exhibitors from nine different countries including Bangladesh, Brazil, Ethiopia, Italy, Spain, Switzerland, Turkey and Vietnam. Apart from brands and retailers, the show also brought together garment manufacturers and exporters with international buyers as well as technology providers and garment suppliers.

"The buyers' turnout at the exhibition as well as during seminars was phenomenal, we are very happy to see the responses. We thank everyone for supporting us and I hope all the stakeholders will be surely get benefited by such events in a long run," said Sandeep Agarwal, founder and CEO of Denimsandjeans.com, according to the show's media partner Fibre2Fashion.

More than half the exhibitors were from India - among them Archroma, Arvind, Raymond and Reliance Industries - but many made the trip from abroad to support and showcase their wares at the first international denim supply chain show in India, among them Bluesign Technologies from Switzerland; Delta Composite Knitting, Denimach, Mahmud Group and M & J Group from Bangladesh; Hyosung from Vietnam; Jeanologia from Spain; Kanoria Africa Textiles from Ethiopia; Kilim Denim from Turkey; Mactec and Ribbontex from Italy and Vicunha Textil from Brazil.

On the first day, Stefano Aldighieri, former creative director of 7 for all Mankind, spoke about "The secret of success for a denim brand" while Jordi Juani, division director at Jeanologia, pondered "The evolution of jeans finishing from hand to technology". On the second day, denim expert Dilek Erik from Turkey explained the question "Why should we use stretch denim in men's fashion despite the rebirth of the rigid look?", while Vasco Pizarro, director of Pizarro laundry from Portugal presented "Denim wash trends from op European brands for AW18".

Denim has been one of the most promising textile segments in India in the past decade and is set to grow further, given India's status of being an avid producer of denim - second only to China - as well as an avid consumer with a higher volume of jeans sold than in the USA and the second largest consumer worldwide.